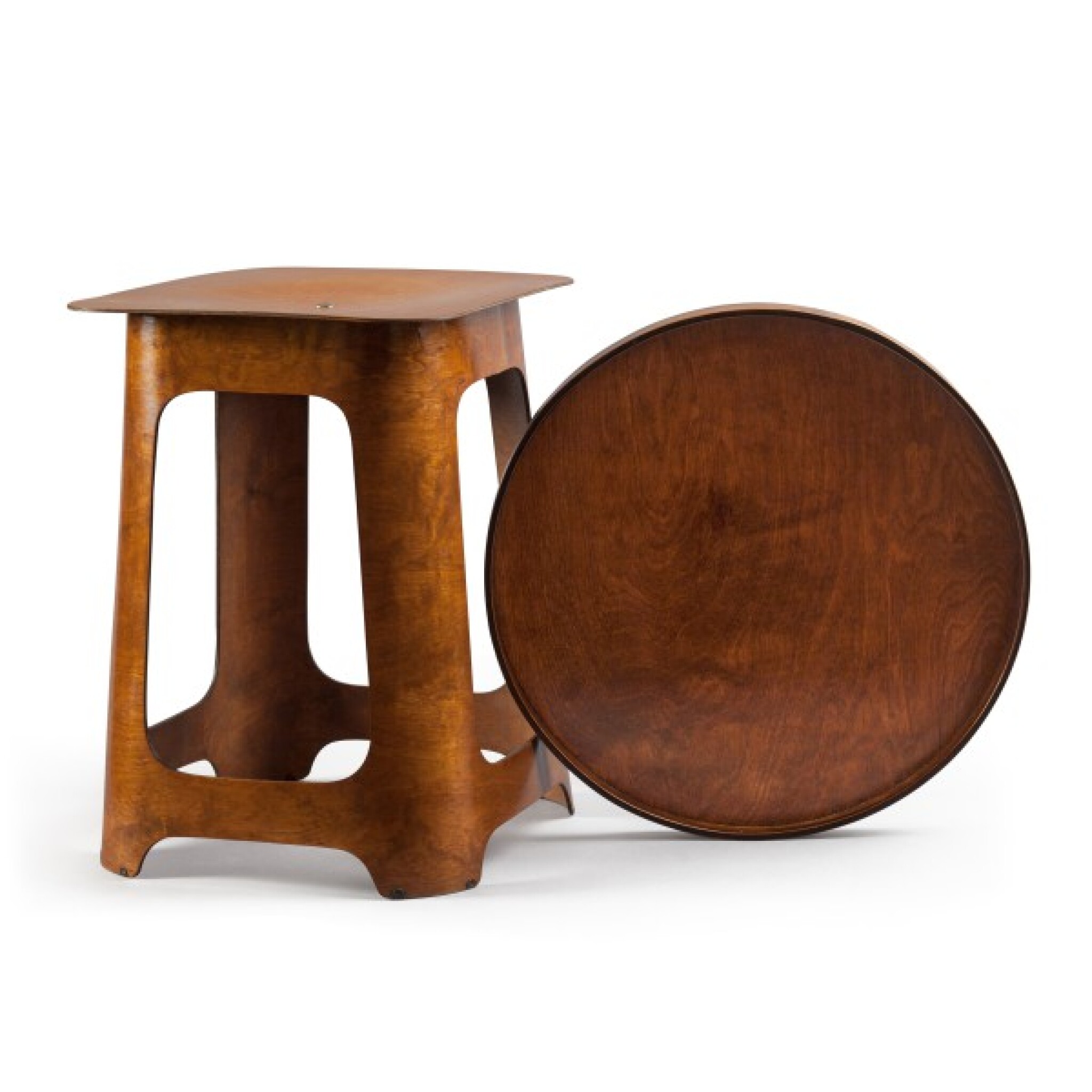 ‘Please note that where the buyer is from within the UK the lot is sold with no VAT symbol. Where the buyer resides outside the UK the lot is invoiced as if it bore the “†” symbol.’
For comparison see the same model exhbited, London, Plywood Material of the Modern World, Victoria & Albert Museum, July 2017.
This type of stools by Isokon was first seen in the Isobar restaurant and club at the Lawn Road Flats (Isokon Building) in the late 1930s.

The Isokon Furniture Company was co-founded by Londoner Jack Pritchard in 1935 to promote modern furniture design within the UK. A follower and devotee of the design principles and aesthetics of the Bauhaus, Pritchard successfully invited Walter Gropius, founder of the Bauhaus, to relocate to London in 1934, with Marcel Breuer following shortly thereafter in 1935. An employee of the Venesta Plywood Company, Pritchard envisioned executing this material on modern designs: ‘The principal material to be used in the preliminary work must be plywood…The furniture will be primarily useful and its aesthetic qualities will be due to its form rather than superimposed ornament...'.