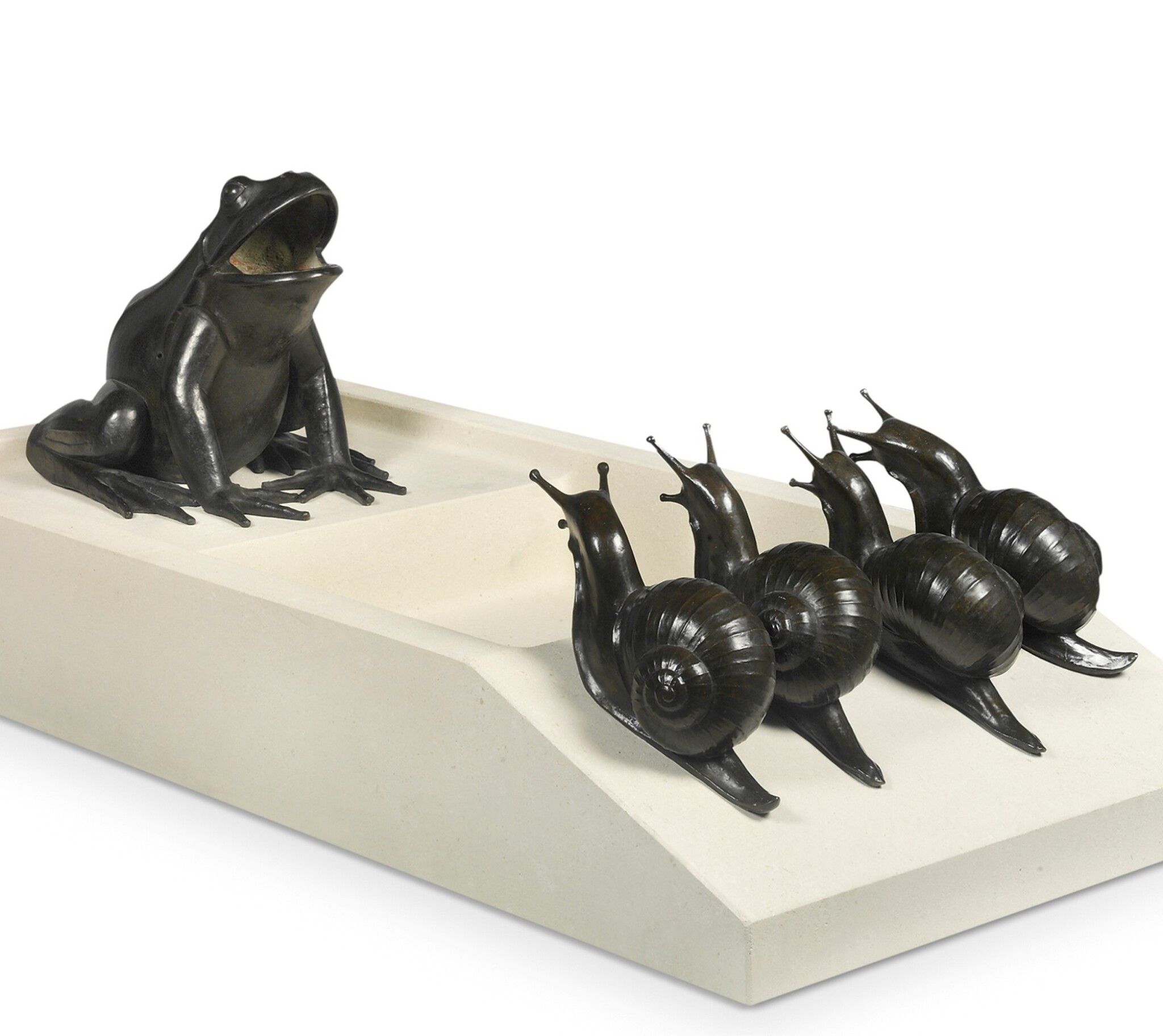 Acquired directly from the artist by a private collector in Pully near Lausanne, which is where the Atelier was situated.

The Swiss-born Édouard Marcel Sandoz was celebrated for his animalier sculpture, which lent an art-deco aesthetic to the tradition established by the likes of Barye. First a student in chemistry, Sandoz turned to sculpture and studied for 3 years at the L'Ecole de Industrial Arts in Geneva, then trained as a sculptor under Jean-Albert Injalbert and Marius-Jean-Antonin Mercie at the Ecole des Beaux-Arts in Paris. Sandoz sculpted from life, first concentrating on the human form and later animals. Animal sculpture was Sandoz's preferred theme which he explored through multiple mediums, including patinated bronze, earthenware and black marble. He depicted animals in a naturalistic way, focusing either on the decorative aspects or on the scientific representation, or both.

In 1937, Edouard Marcel Sandoz created a fountain ‘L'Attaque' for the Pavilion Nestlé (also known as the 'Pavilion de tous les bébés du monde') in collaboration with the architect Jean Tschumi for the 1937 Exposition Internationale des Arts et Techniques in Paris. It is known that Sandoz was commissioned to execute at least two other variations on this composition: the first example with one large frog and four smaller snails was installed in the gardens of l'Hotel Beau-Rivage in Lausanne between 1938 and 1945 where it remains to this day. A second example which is recorded in the catalogue raisonné of the artist by Marcilhac shows one large frog and five snails and is similar, but for the additional snail, to the present model. There is evidence of a further, third commission, (letters 26 November and 1 December 1968 in the records of the Fondation Edouard & Maurice Sandoz) which refers to the casting of four snails by Godard which are patinated dark green. The Foundation believe that these are almost certainly the present examples to which have been added one of the three frogs which were cast for the Paris Exposition of 1937.