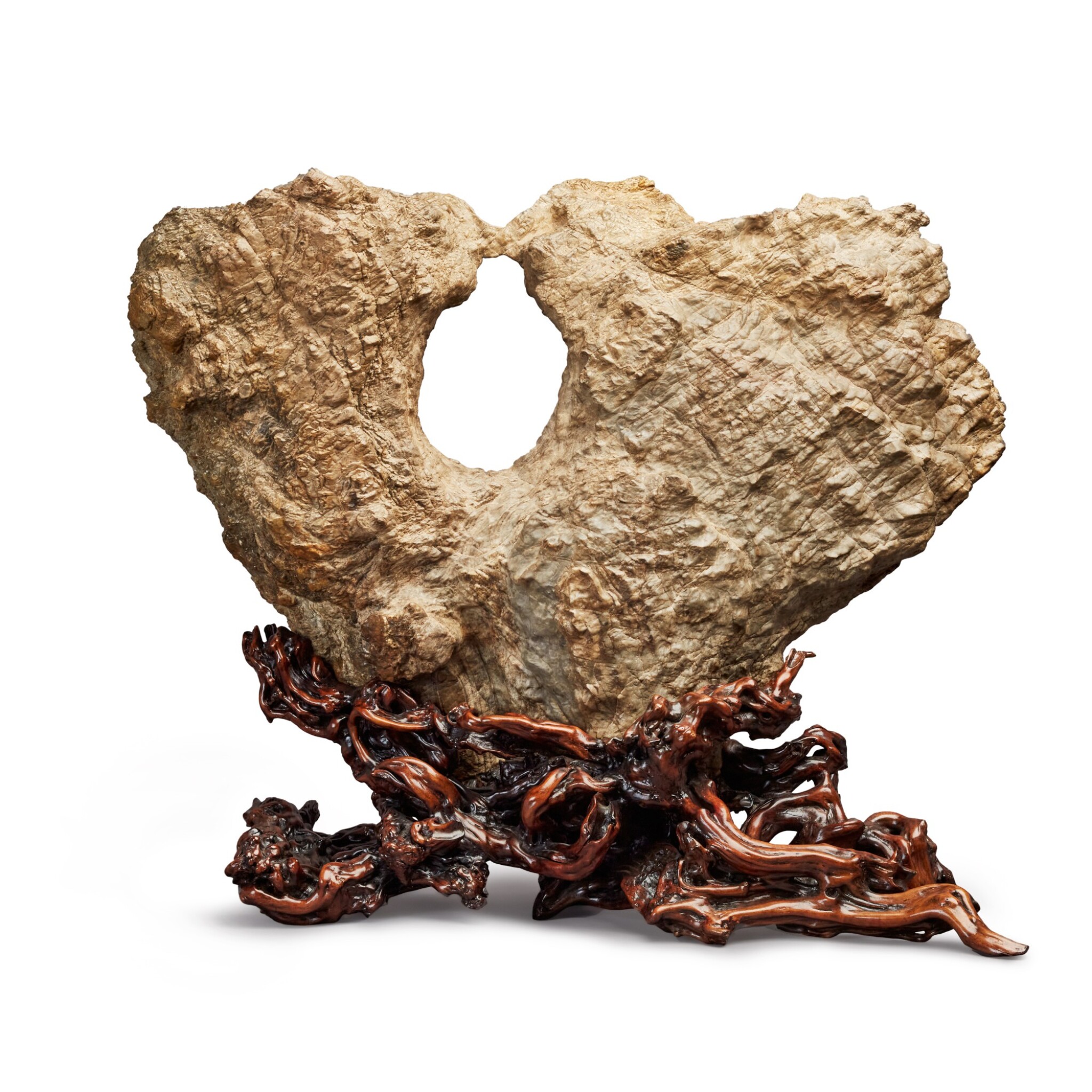 the creamy-beige stone with a contorted outline covered with crevices, ridges and protrusions, with a central aperture and stretching horizontally, fitted carved rootwood stand

Some minute nicks to the edges and general wear to the surface.

Scholars' rocks are so called because they are naturally occurring shapes which have for hundreds of years been appreciated by Chinese scholars for their aesthetics. Through the centuries both emperors and the scholar elite have considered the rocks' unusual forms as worthy of contemplation both outside in a garden setting as well as within the home. It was during the Tang dynasty over 1000 years ago that the important qualities for the rocks were recognised and these were based on symmetry, openness of form, colour, polish and texture of the surface as well as resemblance to landscapes or figures.

Compare with a lingbi rock with one perforation, Ming Dynasty, with Southern openwork style stand, illustrated in Worlds Within Worlds: The Richard Rosenblum Collection of Chinese Scholars' Rocks, Cambridge, 1999, p.162.