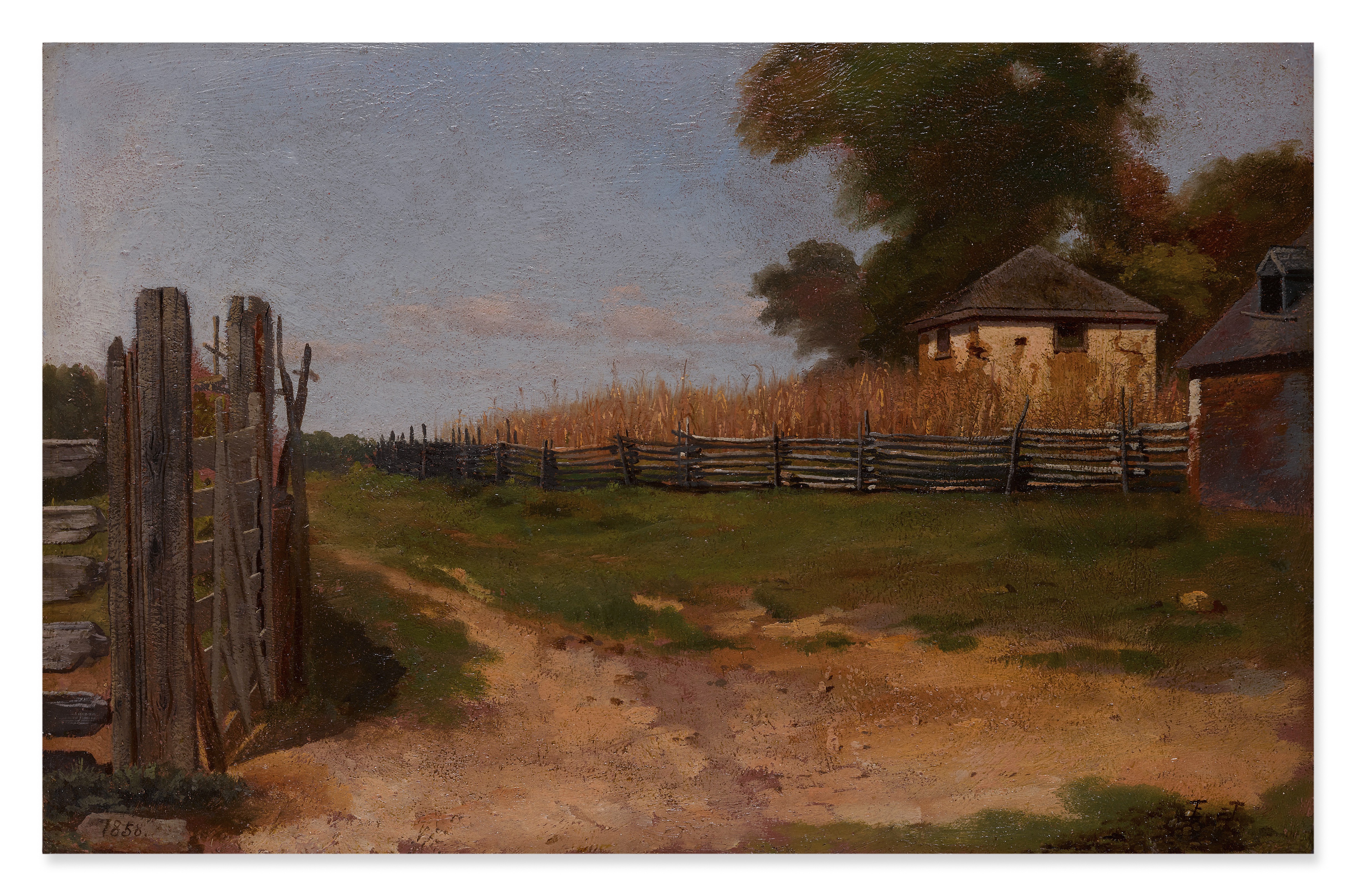 This work is recorded as number 6.0.2 in the catalogue raisonné of Eastman Johnson's work compiled by Dr. Patricia Hills. It can be accessed at www.eastmanjohnson.org.

The following condition report has been provided by Simon Parkes Art Conservation, Inc., New York, an independent restorer who is not an employee of Sotheby's:

This work on textured board is restored. The board is flat. The paint layer is stable, clean and varnished. Under ultraviolet light, dots of retouching are visible in the sky which correspond to very small retouches aimed at reducing the very rough texture here. There are a few spots in the trees in the upper right and in one of the vertical posts of the gate on the far left. The work is in very good condition and could be hung in its current state.

The present work was created by Eastman Johnson created the present work during his visit to George Washington’s former estate in Mount Vernon, Virginia, in 1857. It relates to a companion piece painted that same year, Scene Associated with Mount Vernon (Lot 20), also offered for sale in this auction. According to Dr. Patricia Hills’ catalogue raisonné entry for the present work, the scene depicted was “long believed to be a view of the porter’s lodges erected by Bushrod Washington at the west gate entrance to the estate.” While neither Scene Associated with Mount Vernon (Lot 20) nor the present work are recognizable structures on the estate today the catalogue entry provided by the artist’s wife and published in the artist’s estate sale catalogue in 1907 explains, “This is a study of a broad, grass-grown road at the back of the Mount Vernon mansion, made before the modern improvements were undertaken. On the left is a tall gateway at the corner of a field, and on the right, beyond a characteristic Virginia rail fence, is seen a field of ripe Indian corn, with two buildings in sunlight under great overhanging trees, one of which rises out of the picture. A few clouds drift low in the simple summer sky, and the landscape is in a strong sunlight effect.”