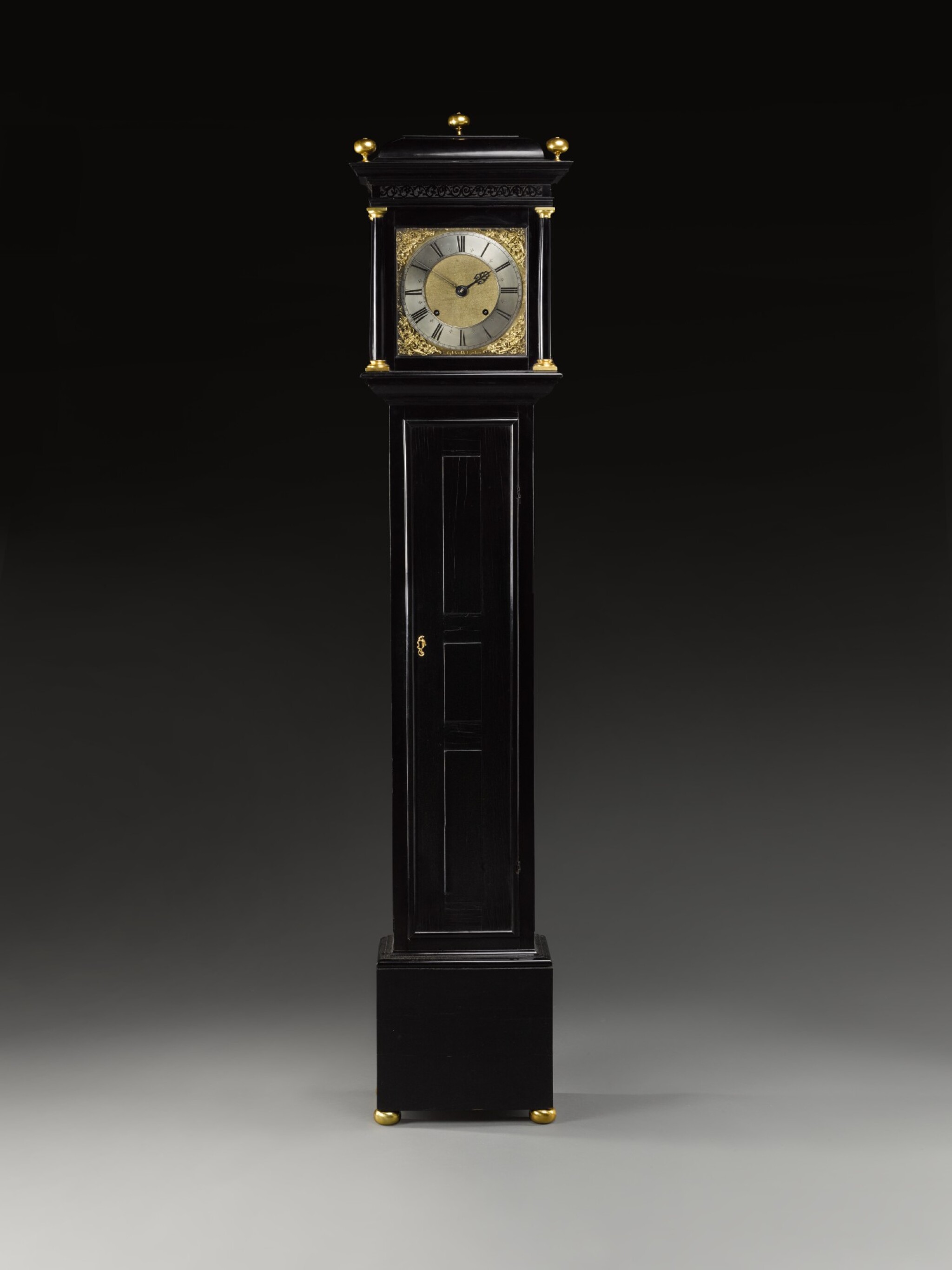 Fully restored by R A Lee. Dial has matting beneath the chapter ring and holes for the feet of a skeletonised chapter ring, the current chapter ring is early and may be from Knibb’s workshops, spandrels also replaced, otherwise good. Movement is complete and looks as though it would run but may benefit from a clean and fresh oil, replaced anchor escapement and back cock, replaced suspension block and movement supporting brackets, replaced locking plate cut for Roman notation, bells replaced. Case has replaced finials and feet and replaced frieze fret to the hood, old cracks to the veneers throughout and some minor scuffs and marks but otherwise in good condition. With replaced 1¼ second pendulum, 2 brass cased weights, winder and door key.

Please note that the pendulum for this lot has been bent in transit, which will be rectified by Sotheby’s after discussion with the purchaser.
The collection of Simon Sainsbury, acquired from Ronald A Lee on 5th September 1968.
Sold Christie's London, 18th June 2008, lot 179