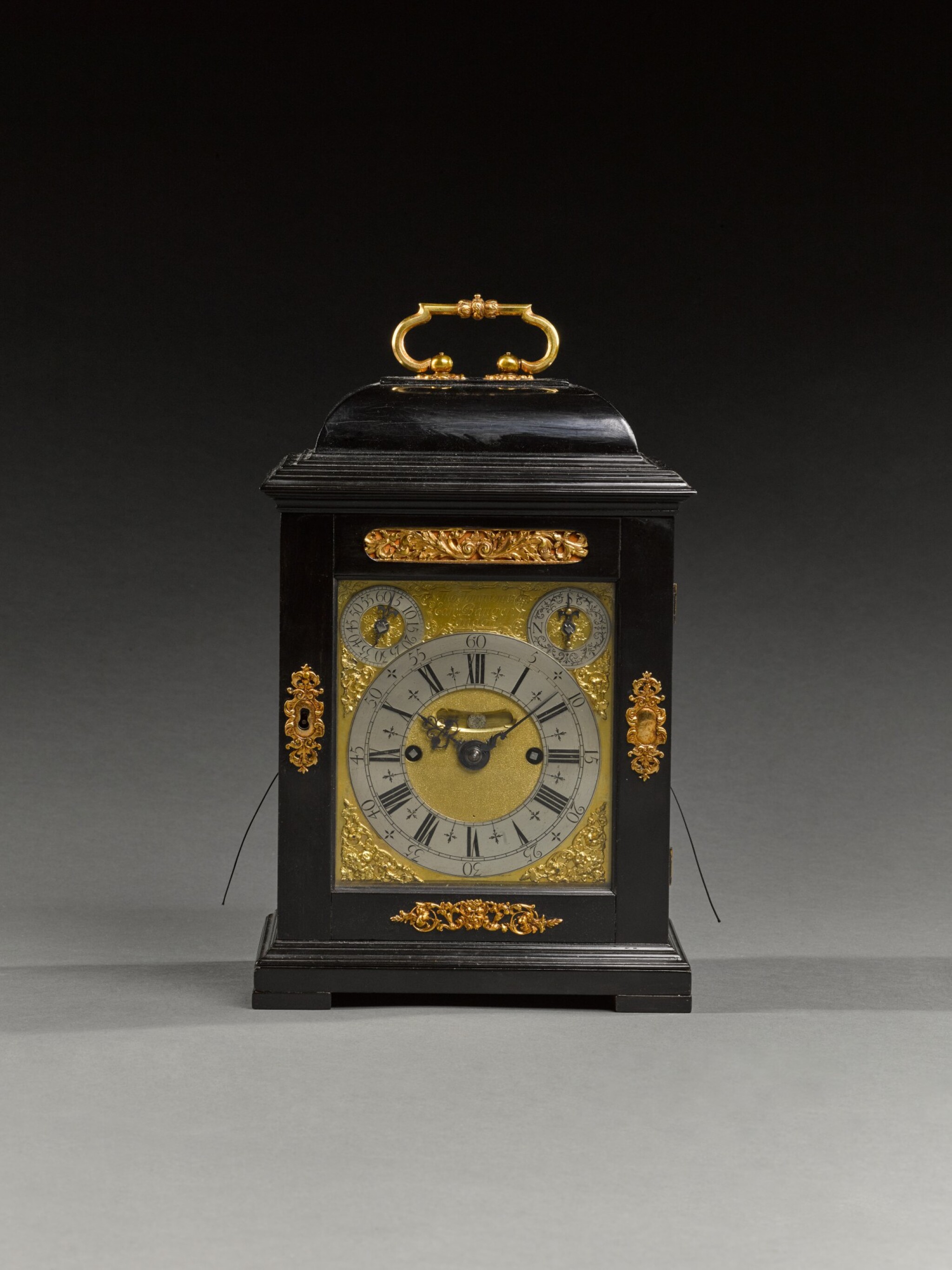 5¼-inch latched dial with double-screwed mask and scroll spandrels, finely matted centre with mock pendulum aperture, signed Tho: Tompion & Edw: Banger within a foilate strap-work cartouche flanked by subsidiary regulation and strike/silent dials, the fusee movement with seven latched, knopped and ringed pillars, pivoted verge escapement with rise and fall regulation, striking the hours on a bell, pull quarter repeating on a smaller bell and the hour bell activated from either side using Tompion's system of inter-connected pivoted blued steel levers, the backplate finely engraved with foliate scrolls and signed as the dial within a cartouche below engraved martial trophies, punch numbered 454 twice to the lower edge, the case with shallow domed cresting and gilt-brass carrying handle, boldly cast gilt-brass foliate door fret, gilt-brass door escutcheon and further mounts, numbered 454 to the cill, the moulded base with block feet

Dial in very good condition and appears to retain the original gilding. Movement in good condition and running at time of cataloguing but may benefit from a clean and fresh oil, verge crown wheel probably replaced but otherwise appears to retain the original wheel work throughout, steelwork re-blued. Case in generally good condition with old scuffs and minor marks throughout commensurate with age, side frets probably replaced, some re-gluing to the inside of the domed top, terminals to pull repeat strings lacking, otherwise good. With pendulum, a tulip pierced winder and 2 case keys.