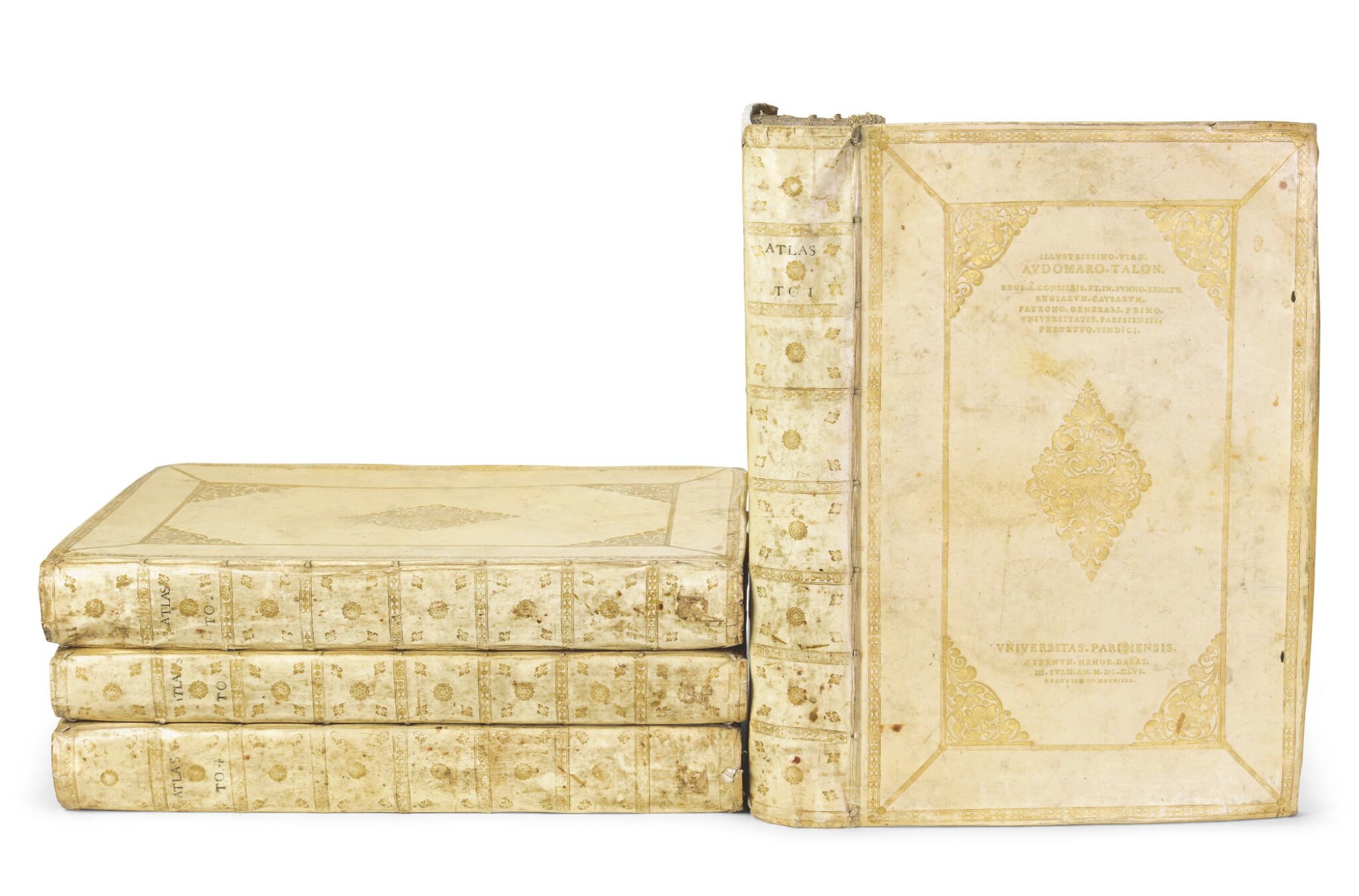 A FINE FRENCH-TEXT COPY IN A PRESENTATION BINDING.

Volume 3: Amsterdam, 1643, engraved title heightened in gilt, French overslip, 66 engraved maps (some half page, one full page), index leaf at end, including the appendix of the British Isles, [Van der Krogt 2:212.3F and 2:211.3C], map number 15 entitled "Le Duche de Mantove" on recto of leaf and "Mantua Ducatus" on map, without leaf 22 (text only) as listed in Van der Krogt

Volume 4: Amsterdam, 1645, engraved title heightened in gilt, French overslip, dedication, 57 (of 58) engraved maps, 3 engraved illustrations in the text, map 2 and 3 "Britannia prout divisa" and "Anglia Regnum" appears to have been supplied from elsewhere since the text is incoherent, erratic pagination, [Koeman BL 42A, collates largely as Koeman], one map slightly shorter, lacking the map of Wales

A complete collation of the volumes is available upon request