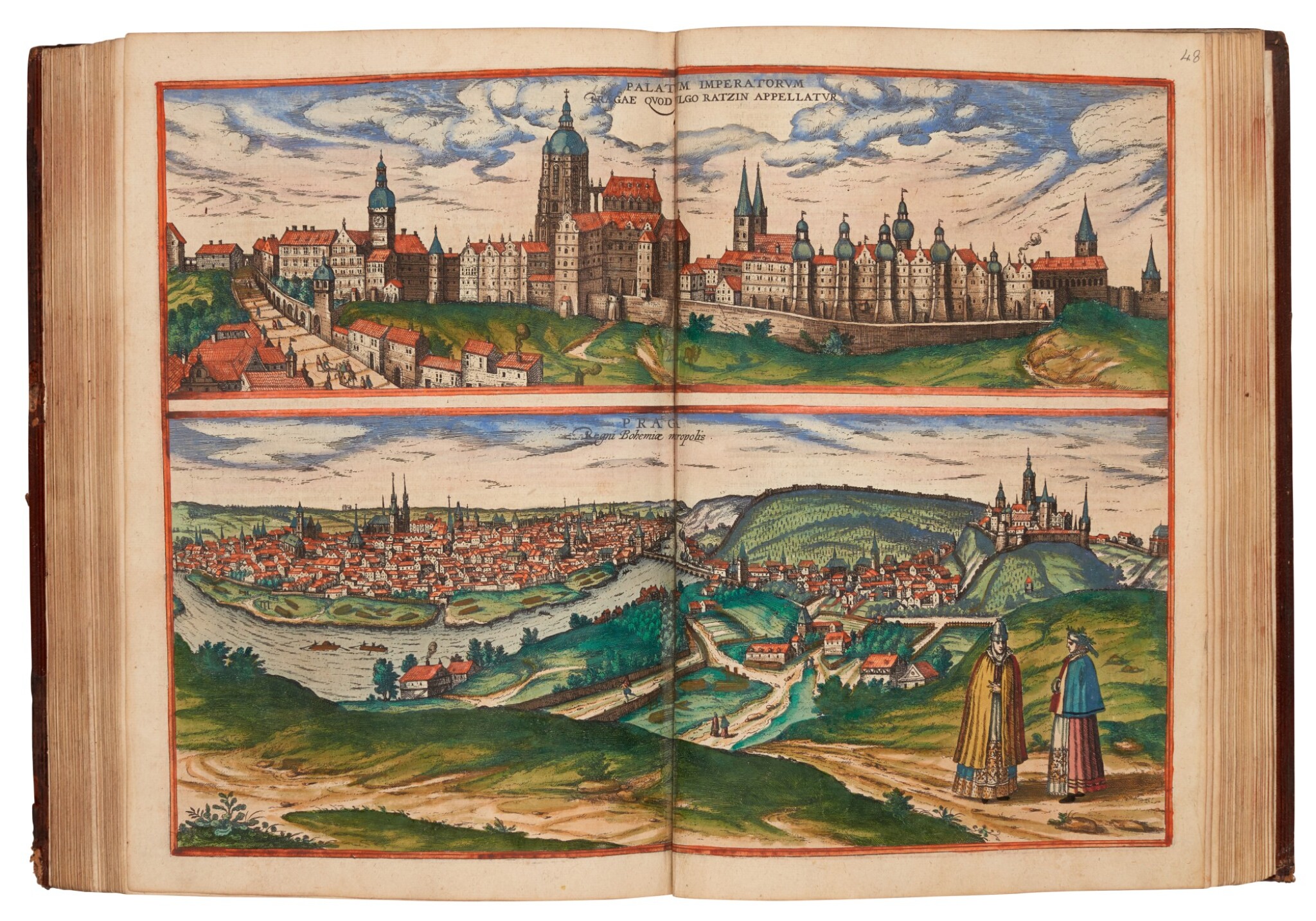 5 volumes, folio (385 x 280mm.), 4 engraved title-pages (only, of 5), 294 engraved plates (only, of 305), finely coloured by a contemporary hand, some early manuscript annotations, contemporary calf with traces of gilt, stamped with title within lozenge surrounded by a central arabesque, lacks a title-page (volume 4) and 11 plates, foot of volume 2 title holed, some staining, spotting, fraying and minor repairs, binding worn in places, some spine ends missing

"The Civitates orbis terrarum or the 'Braun & Hogenberg' is the most famous of the early town atlases. The Civitates was, like Ortelius' Theatrum, one of the best-selling works in the last quarter of the 16th century. Although it had no comparable predecessor, it immediately answered a great public demand because social, political and economic life at that time was concentrated in cities. Apart from that the pictorial style of the plans and views appealed very much to the uneducated public" (Van der Krogt).

It is likely that the volumes were actually intended for the educated reader, as there are far more editions in Latin than in German and French. The titles for the latter editions were printed on slips and pasted over the Latin titles. The Civitates was published in Cologne from 1572 until 1617.

A sixth volume was published later.