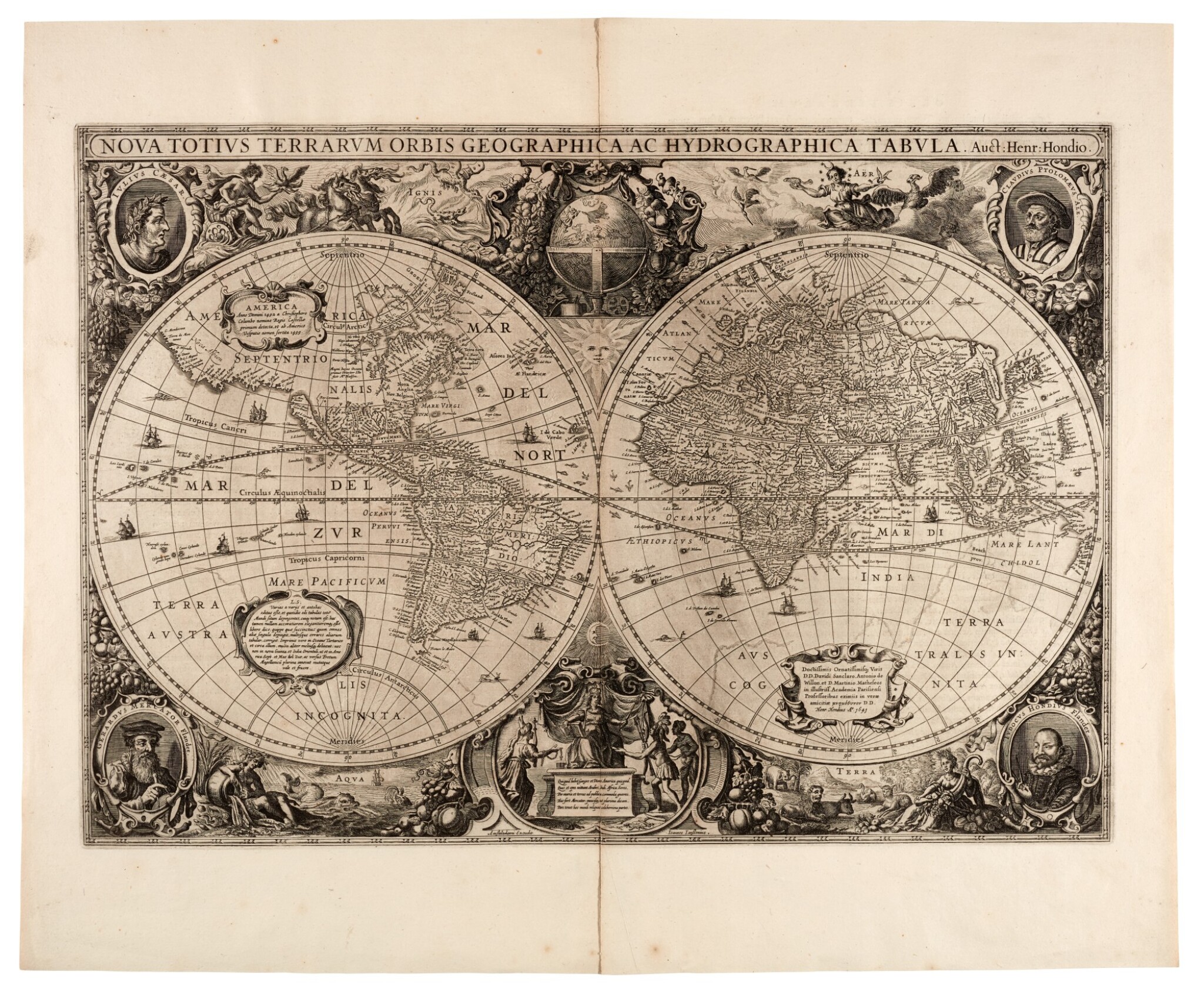 A dark impression of "a fine ornate example of the decorative cartography of the period" (Shirley).

This is a famous baroque-style map of the world, first added to the revitalised Mercator-Hondius Atlas in 1633. The vignette portraits of Ptolemy, Mercator and Jodocus Hondius symbolically link the Hondius family to the two greatest cartographers in early history; the border scenes are allegories of the four classical elements - earth, air, fire and water - while figures representing the continents of Asia, Africa and America bring tribute to Europe, depicted as a queen enthroned.

Geographically, the map is typical of the period, with California shown as an island, North America without the Great Lakes, and a large Terra Australis Incognita.

However, this is regarded as "the oldest dated map in an atlas on which a Dutch discovery in Australia has been shown cartographically" (Schilder), with a short extent of the northern coast of Australia, discovered by Carstensz. and Colsten in 1623, visible to the south of New Guinea.