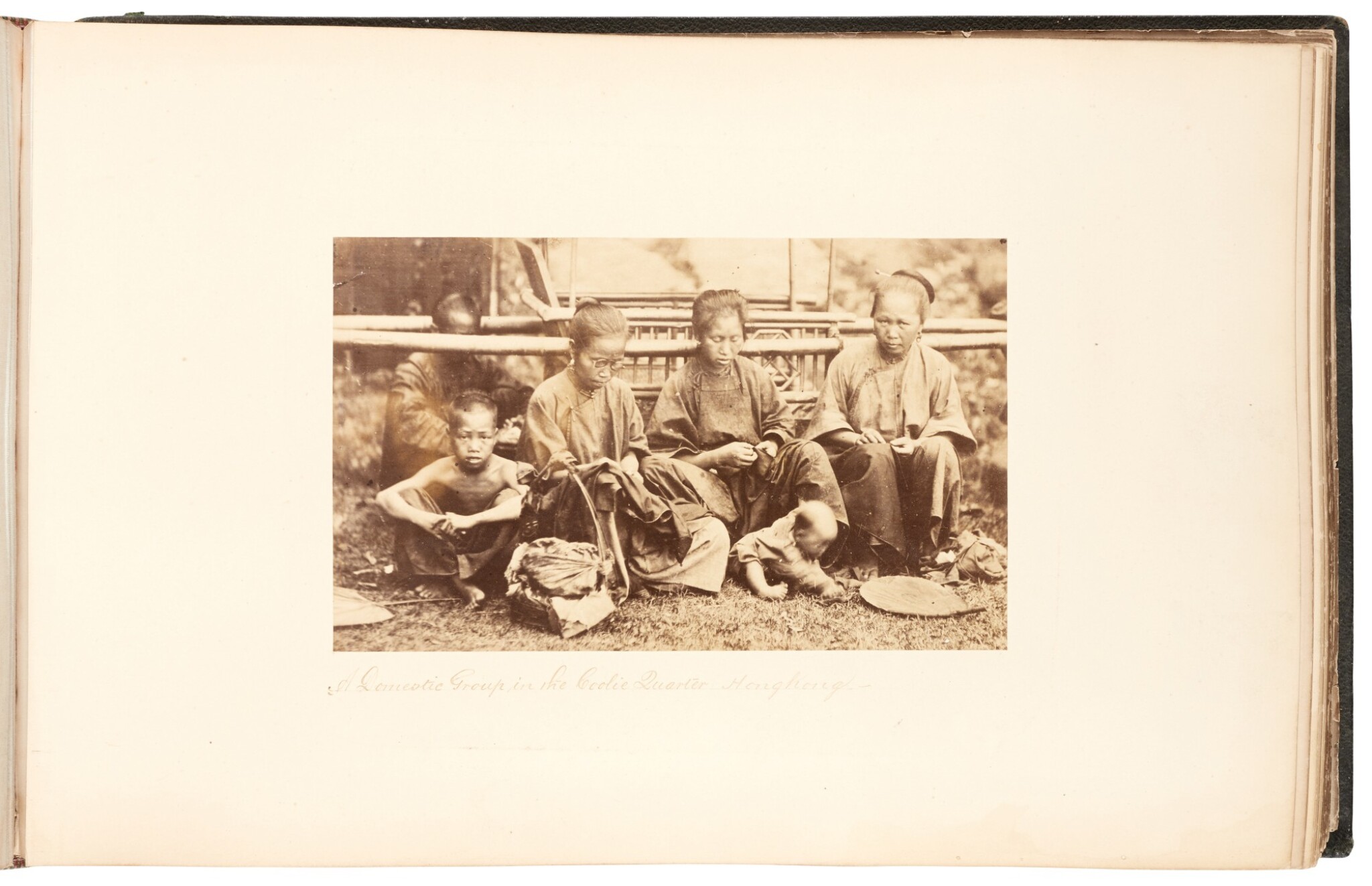 The owner and compiler of this album was Walter George Hobhouse Cable, a British clerk in the Chinese Maritime Customs, who joined the service on 1 August 1862 as a student interpreter, and by the time of his untimely death in service of fever in January 1873 had attained the position of First-Class Clerk. Cable spent his career in the Maritime Customs in various locations from Swatow (1862) to Ningpo (1872), via Amoy (1864-67), Chefoo (1868) and Shanghai (1869-70). There was an active collecting market for photographs within the expatriate community in China, especially among diplomats and those working in the Maritime Customs who would have an excellent network of contacts with photographers including Charles Frederick Moore (1837-1916) at Ningpo and Dr John Dudgeon in Beijing.

A list of the photographs in this album is available on request to the department.