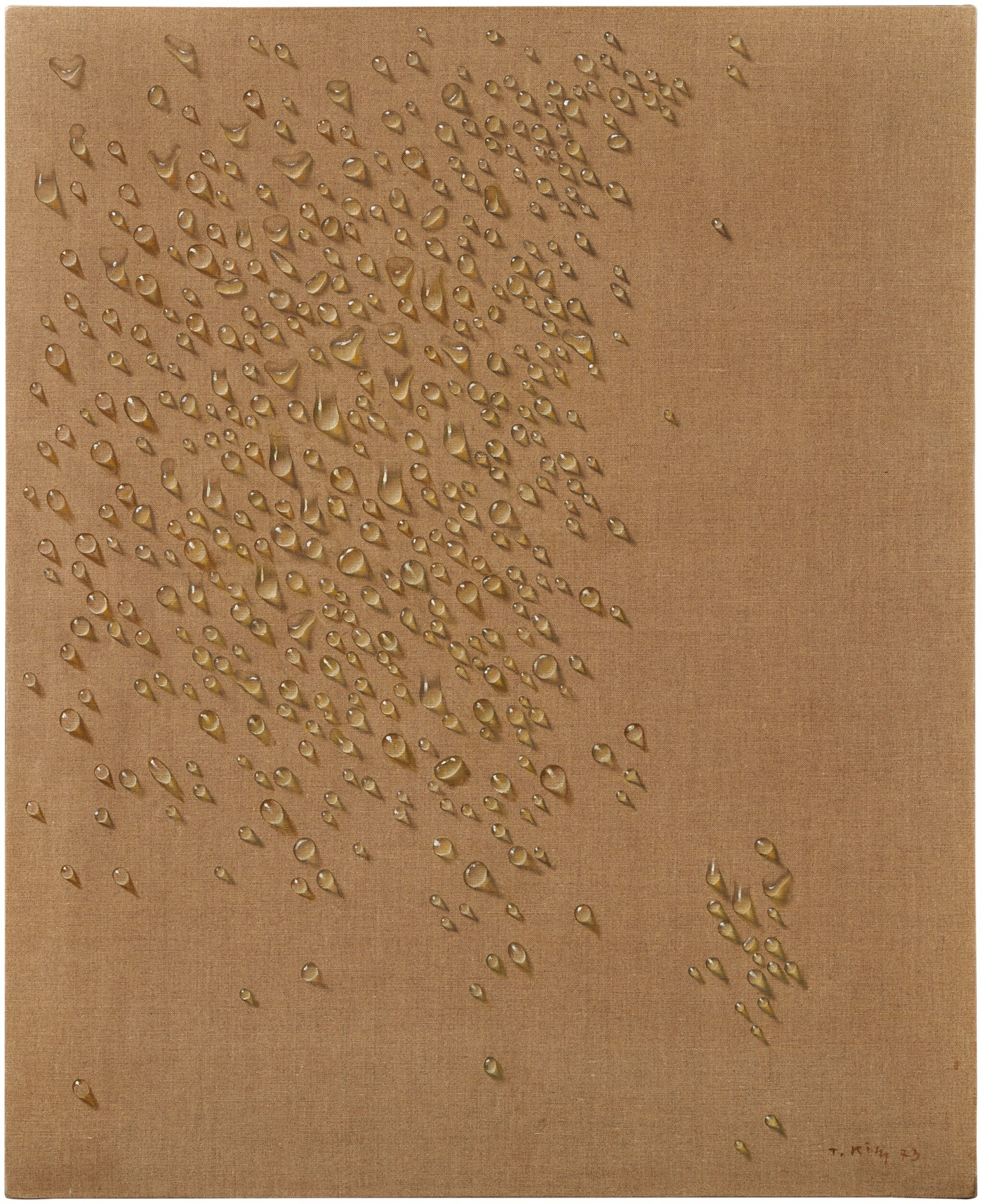 signed Tschangyeul Kim and inscribed Nr. 39 on the stretcher

This work is in very good condition. The canvas is slightly undulated. Very close inspection reveals some light wear to the extreme corner tips. There is one area of light colour variation in the structure of the canvas at the lower right edge, due to artist's choice of medium. No restoration is apparent when examined under UV light.

Galerie Jasa, Munich
Acquired from the above by the present owner in 1975

Kim Tshang-Yeul is considered a pioneer member of Dansaekhwa, an artistic movement that emerged in South Korea in the early 1970s. Sharing aesthetic sensibilities with Western Minimalism and monochrome art, Dansaekhwa's artists had a distinctive philosophical approach, seeking to connect with nature, paying particular attention to the property of the materials and refusing their colonial legacy. The work on offer is among the iconic examples of Dansaekhwa's early visual manifestations and embodies the movement's hallmarks.

Born in 1929 in the current territories of North Korea, Kim Tschang-Yeul endured the Japanese occupation, the division of the country after World War II and the Korean War. As an attempt to escape from traumas and heal painful memories, Tschang-Yeul began his iconic painting series of translucent water drops in the early 1970s. As Tschang-Yeul explained in a press release disclosed by his gallerist Tina Kim in 2019: « The act of painting water drops is to dissolve all things within [these], to return to a transparent state of ‘nothingness.’ By returning anger, anxiety, fear, and everything else to ‘emptiness’, we experience peace and contentment. » (Press release for the exhibition Kim Tschang-Yeul : New York to Paris, 24 October 2019 – 1 February 2020, Tina Kim Gallery, New York). Meditative repetition and austere beauty of nature then emerged as a remedy for the artist's past traumas.

This composition not only reveals Kim's ability to represent the evanescence and transparency of water, but also demonstrates the key roles of both the pattern and raw canvas. On one hand, the seemingly similar water drops highlight the idea of uniqueness through repetition and evoke purification rituals. Although Kim spent most of his life in Europe, he infused his oeuvre with Zen Buddhist and Taoist principles of his upbringing, depicting water as an entity capable to dissolve and purify. On the other hand, the voids within the raw canvas create both literal and intellectual spaces for the natural pattern to flourish, thus reminding the viewer of the ever-changing quality of nature.

As a whole, the painting stands on a fine line between abstraction and figuration, combining the Eastern and Western influences of the artist.

A particularly striking and balanced composition, this work offers multiple opportunities for exploration. It stands as a tribute to the Korean leading artistic movement of the time, as well as to the poetry of nature in its most sober expression.