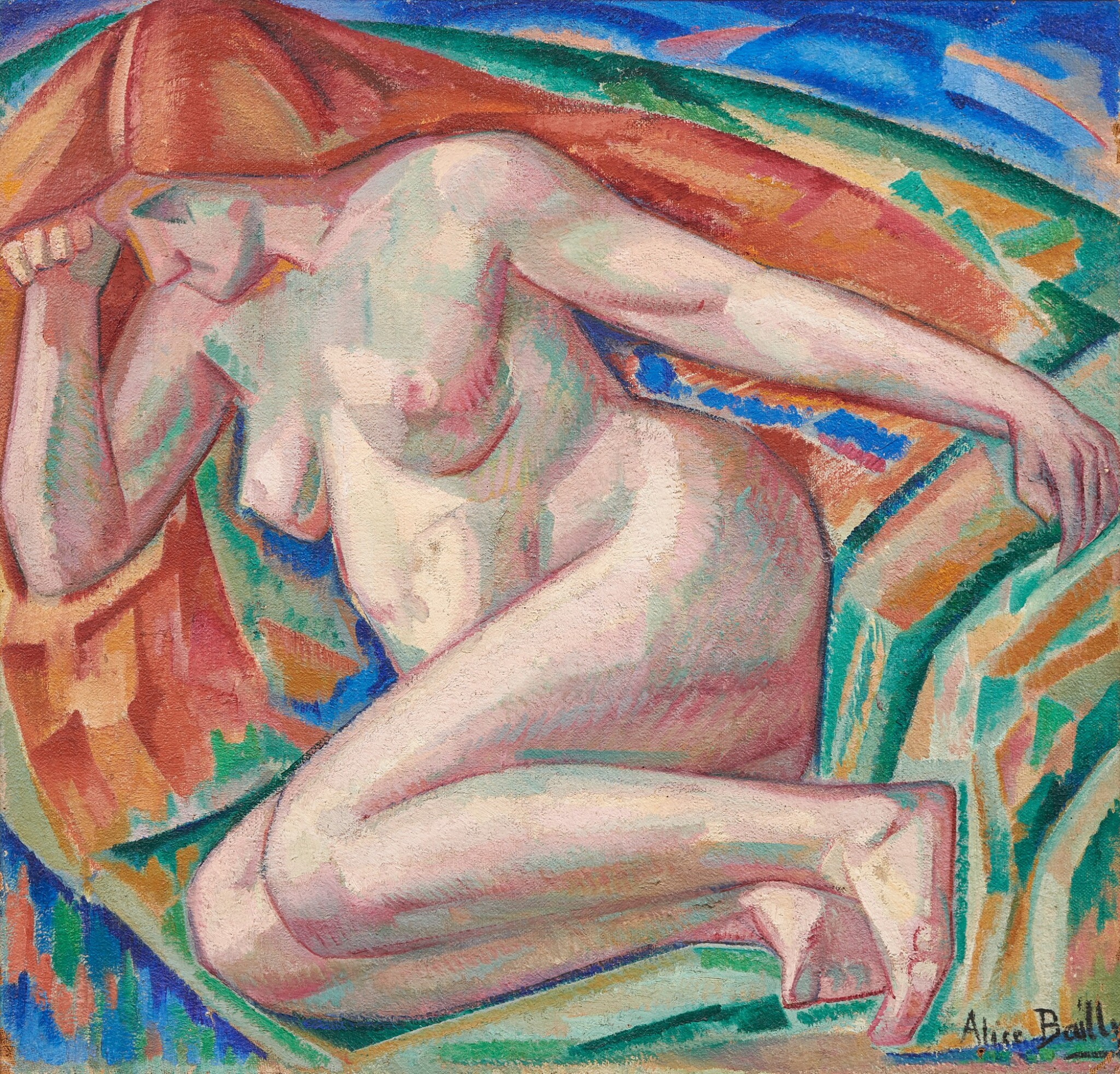 signed on the reverse

This work is in good condition. The burlap canvas is slightly buckling and loose. There are hairlines craquelures throughout the painted surface. There are some areas with paint loss, especially along the edges and corners. Close inspection reveals scattered tiny pinholes across the painting, one clearly visible below the artist's signature. Inspection under UV light shows no sign of retouching.

Sotheby's, Zurich, 5th December 1991, lot 111
Acquired from the above sale by the present owner

Swiss artist Alice Bailly moved to Paris in 1906, at the age of 32. Through her contacts with the local art scene, she became aware of the avant-garde tendencies and experienced a strong desire for emancipation. By broadening her artistic horizons, Bailly gradually transformed her pictorial technique and created artworks that « would have sparked a scandal in Geneva » (a quote from the artist in her Livre de raison). Matisse, Braque and Derain particularly caught her attention, prompting her to change her approach to colour and experiment with audacious framing. Furthermore, the tortured art of Van Gogh and Cuno Amiet encouraged her towards formal and stylistic simplification, characteristic of expressionist and cubist creations.

The Nu aux cheveux rouges, executed circa 1912, reflects the diversity of Alice Bailly's influences of the time and is undoubtedly part of her most creative period. In this composition, the landscape is limited to an imbrication of shapes and colours, thus creating a harmonisation between the female figure and the background. In a complementary dialogue of forms, the landscape presents a cubic aspect, while the body displays round features. Although the colour palette is limited, the brightness of the hair is reminiscent of Fauve paintings.

One of the rare larger format works by Alice Bailly representing a human figure, the Nu aux cheveux rouges is at the crossroads of vanguards movements and is among the compositions that led the artist to find her personal signature. Painted the year when Apollinaire praised Bailly's talent at the Parisian Salon of 1912 and shortly before her first solo exhibition at the Athenée in Geneva, this work demonstrates the artist's ability to surpass Swiss painting's conventions and confirm her frank involvement in the international avant-garde.