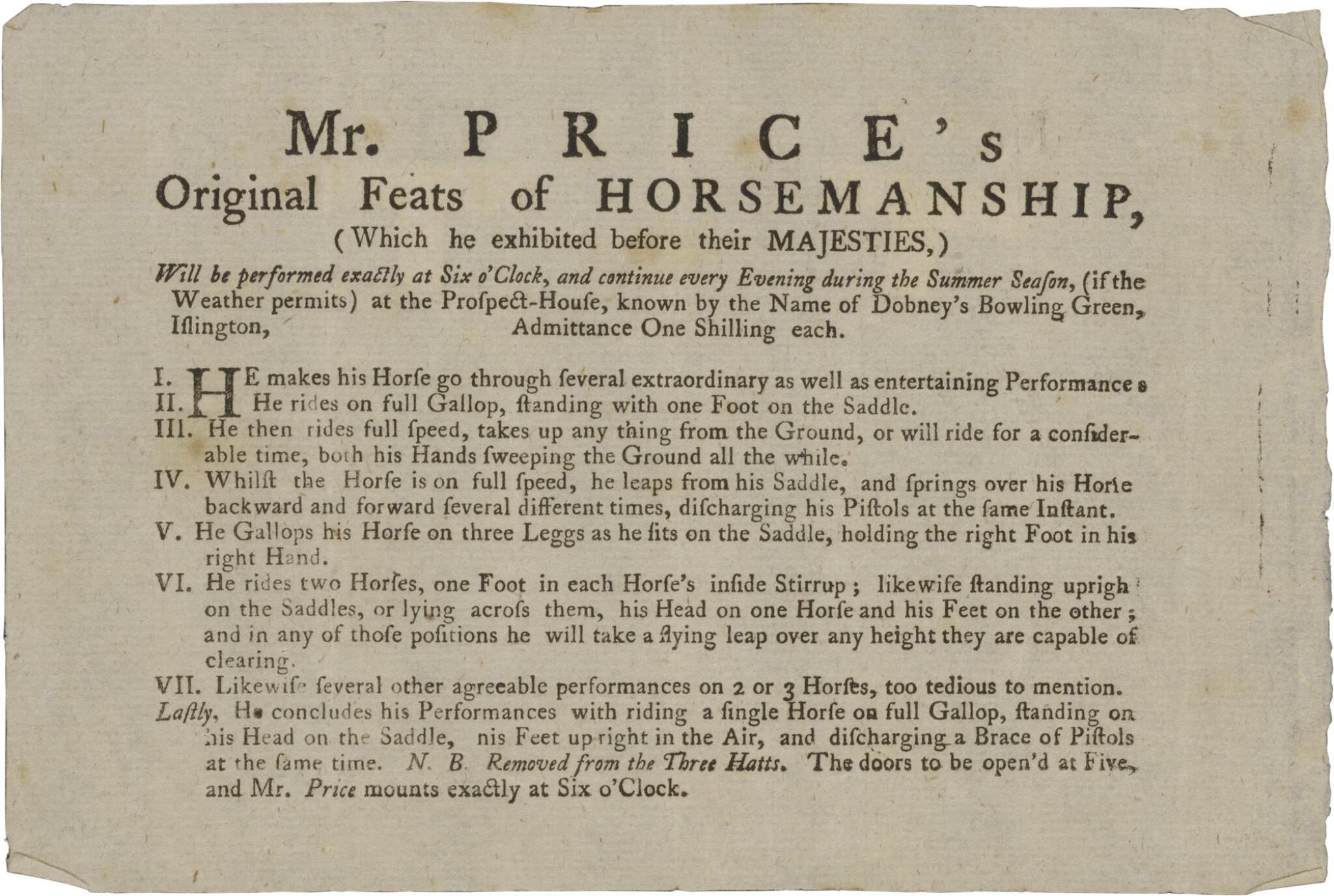 Mr. Price's Original Feats of Horsemanship … Will be performed exactly at Six o'clock, and continue every Evening during the Summer Season … at the Prospect-House, known by the Name of Dobney's Bowling Green, Islington … [London: np, 1767]

In the eighteenth century a new market economy was evolving that forced the upper classes to make concessions. As a result, many riding masters lost their jobs and subsequently needed to find other means of income. One tactic to earn money was in the public presentation of their riding skills, which quickly gained widespread popularity. Performances were given outdoors in public spaces, most often in pleasure gardens such as Dobney's Bowling Green in Islington.

Their demonstrations included astounding feats of horsemanship coupled with expert tricks of athleticism and acrobatics. As competition among riding masters increased, the equestrian acts became more daring. As was the case with Mr. Price, it was not unusual to see performers standing, leaping, tumbling astride their galloping horse(s), riding backwards, or balancing in other precarious positions. As Item VII notes, the display of shooting while mounted was also popular. Mr. Price originally published this notice in the London newspaper, The Public Advertiser, on 22 April 1767, in a column just below the advertisement of his chief competitor and rival, a Mr. Sampson.