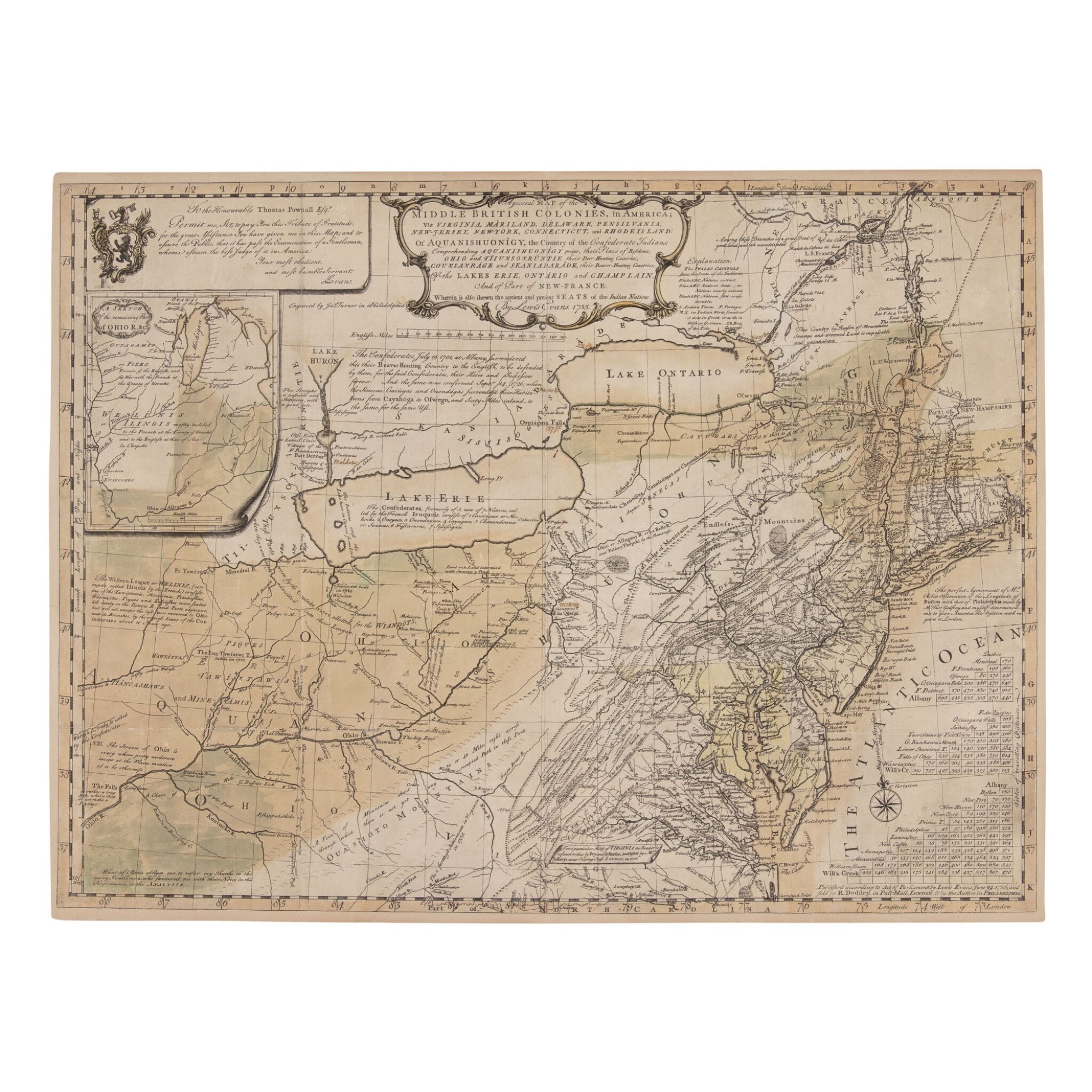 Geographical, Historical, Political, Philosophical and Mechanical Essays. The First, containing an Analysis of a General Map of the Middle British Colonies in America; and of the Country of the Confederate Indians: a Description of the Face of the Country; the Boundaries of the Confederates; and the Maritime and Inland Navigations of the Several Rivers and Lakes contained therein. Philadelphia: Printed by B. Franklin, and D. Hall. And sold by R. and J. Dodsley, in Pall-Mall, London, 1755

First editions: first issue of "the most important map of the American colonies" (Vail), London issue of the text, with the addition of the Dodsleys to the imprint. Evans, a native of Pennsylvania, was supported in the publication of his map and accompanying analysis by the Assembly of that colony, which voted him a £50 stipend. In both the map and explanatory text (each of which were also sold separately), Evans emphasizes the importance of the Ohio Valley in Great Britain's battle with the French for dominance in North America.

Evans's knowledge of native peoples is evident in both his text and map; particularly noteworthy in his presentation of the Iroquois Confederacy as a geopolitical power in its own right. In the Analysis he cites as sources a number of Indian traders, giving special credit to "The Eagle, who had a good Notion of distances, Bearings and delineating." The map also carefully identifies the lands claimed—and ceded—by various Indian nations. This copy of the map also bears several contemporary manuscript additions, including the place name "Pitsburg" above the printed designation of "F. du Quesne."