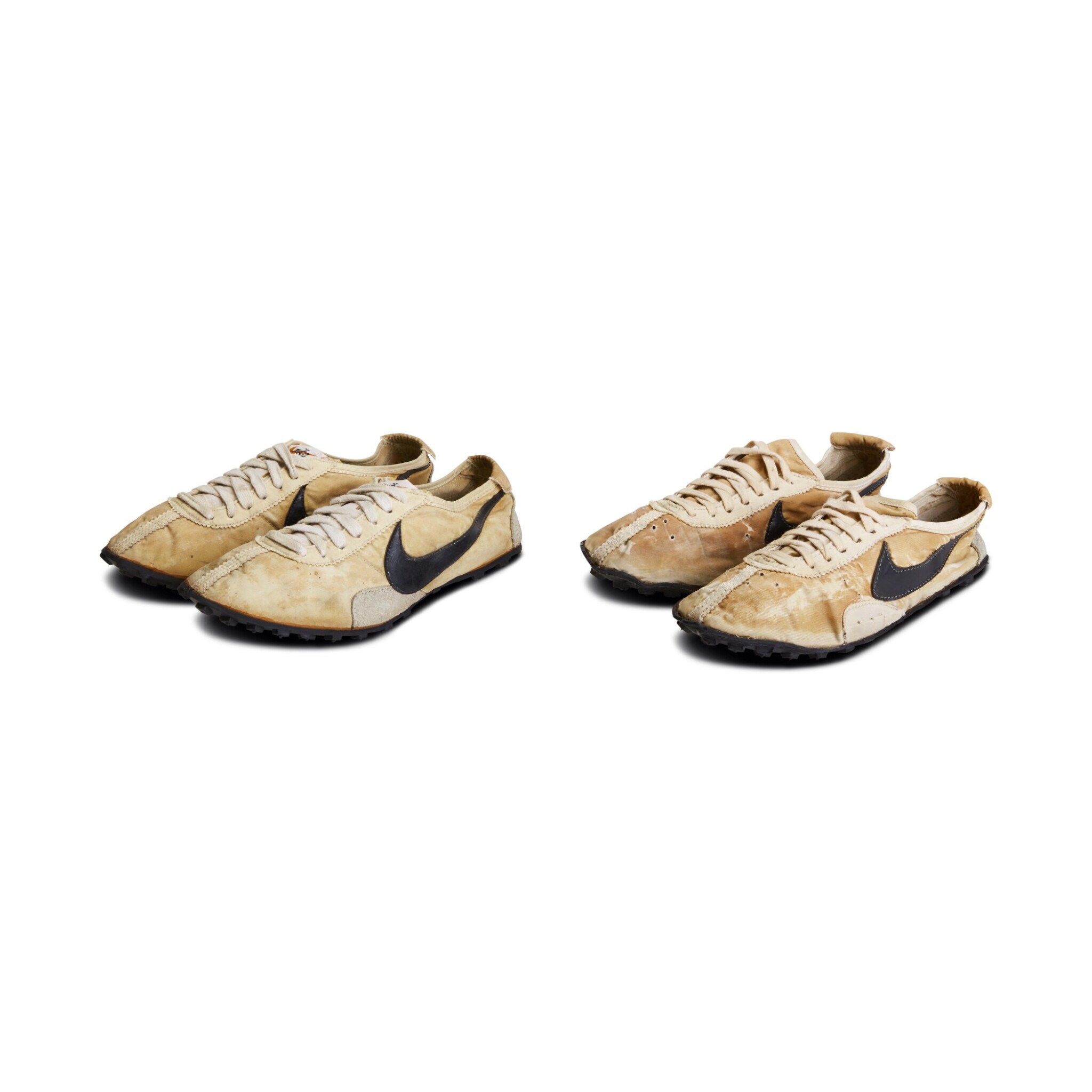 The early pair is in excellent condition commensurate with age. The later pair has era-correct replacement insoles and laces.

The Nike “Moon Shoe” is one of the most significant artifacts in the history of the multi-billion dollar athletic brand. With scant few known to exist, the Moon Shoe is a running shoe designed by Nike co-founder and legendary University of Oregon track coach Bill Bowerman. As the famous story goes, Bowerman was first inspired to create the innovative waffle sole traction pattern found on the brand’s early running shoes by tinkering with his wife’s waffle iron, pouring rubber into the mold to create the first prototype of the sole. The finished design of the traction pattern created better grip and cushion than most running shoes of the time, and the waffle sole was Nike’s first major innovation as a brand. The “Moon Shoe” got its name from the resemblance between the impression that the waffle pattern left in dirt and the famous tracks left on the moon by astronauts in 1969.

These pairs originate from a student of South Eugene High School, in Eugene Oregon. Of the pairs of Moon Shoes known to exist, most were made for runners at the 1972 Olympic Trials. Notably the pair without ‘Nike’ on the tongue are considered earlier, and were likely made as testers before the 1972 Olympic Trials. The pair with ‘Nike’ on the tongue is considered later, but also date to 1972. The Trials is where Nike famously debuted the iconic design, which would ultimately launch one of America’s greatest brands.

The pairs together illustrate – in a short amount of time – the evolution of Nike’s Waffle sole, and more broadly their capabilities in innovation.