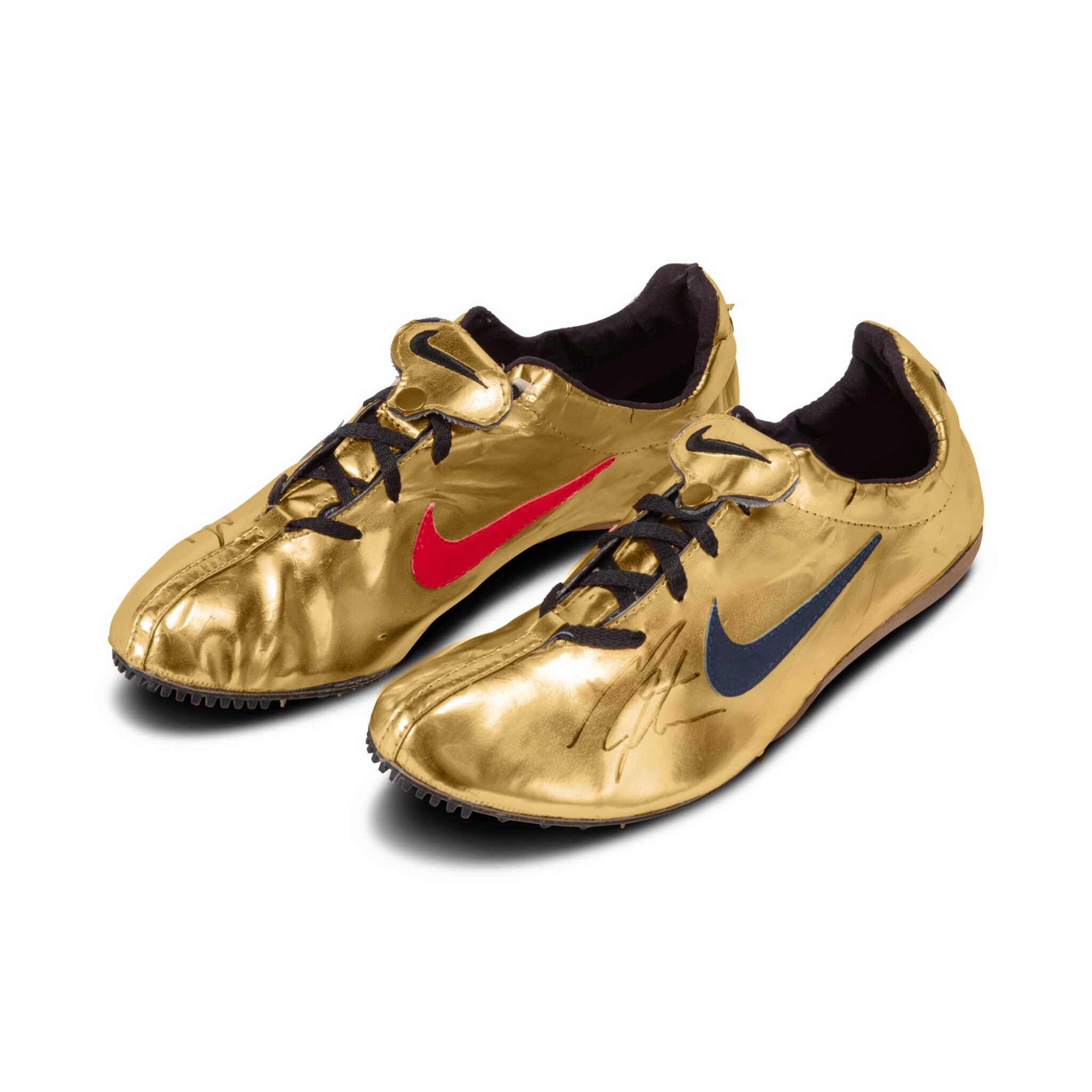 The shoes are in worn condition. The signatures are in very good overall condition.

In the 1996 Atlanta Summer Olympics Mr. Johnson entered the games wearing a custom-made and never-before-seen pair of Golden Nikes. It was an incredibly bold statement, starting the race with Gold Shoes before the medal had been won, but Mr. Johnson did not disappoint, winning two gold medals for the 400 and 200 meter sprints, and setting a new Olympic record for the 400 meter and a new world record for the 200 meter. He was the first man ever to win gold medals for both of these events at the same Olympics, and earned the nickname, “The Man With the Golden Shoes.”

The shoes themselves are a remarkable feat of engineering by Nike. Specially made only for Michael Johnson and his unique running style, the present pair featured an incredibly lightweight design. Of particular note, the shoes are asymmetrical, with mismatched soles. The spike plates were designed with the curvature of the track in mind. Nike filmed Mr. Johnson with high-speed cameras to see how his feet would interact with the track. Noticing a speed of approximately 20 Miles Per Hour around the curve, the company realized his feet acted differently from one another, and thus created spike plates to match his unique running style.

Nike worked closely with Michael Johnson to create these shoes, as Johnson wanted them to be as light and stable as possible, and of course, he wanted them in Gold. Created for one-use only, the shoes are void of any unnecessary weight and are full of minimalistic design cues.

The shoes have provenance from a charity event for St. Philip’s School and Community Center in South Dallas, the event was called “On Track for a Winning Future, An Evening with Olympic Champion Michael Johnson.” The shoes are accompanied by a Letter of Opinion citing use from MEARS Authentication, LLC. Sotheby’s is grateful to James Spence Authentication for confirming the signature.