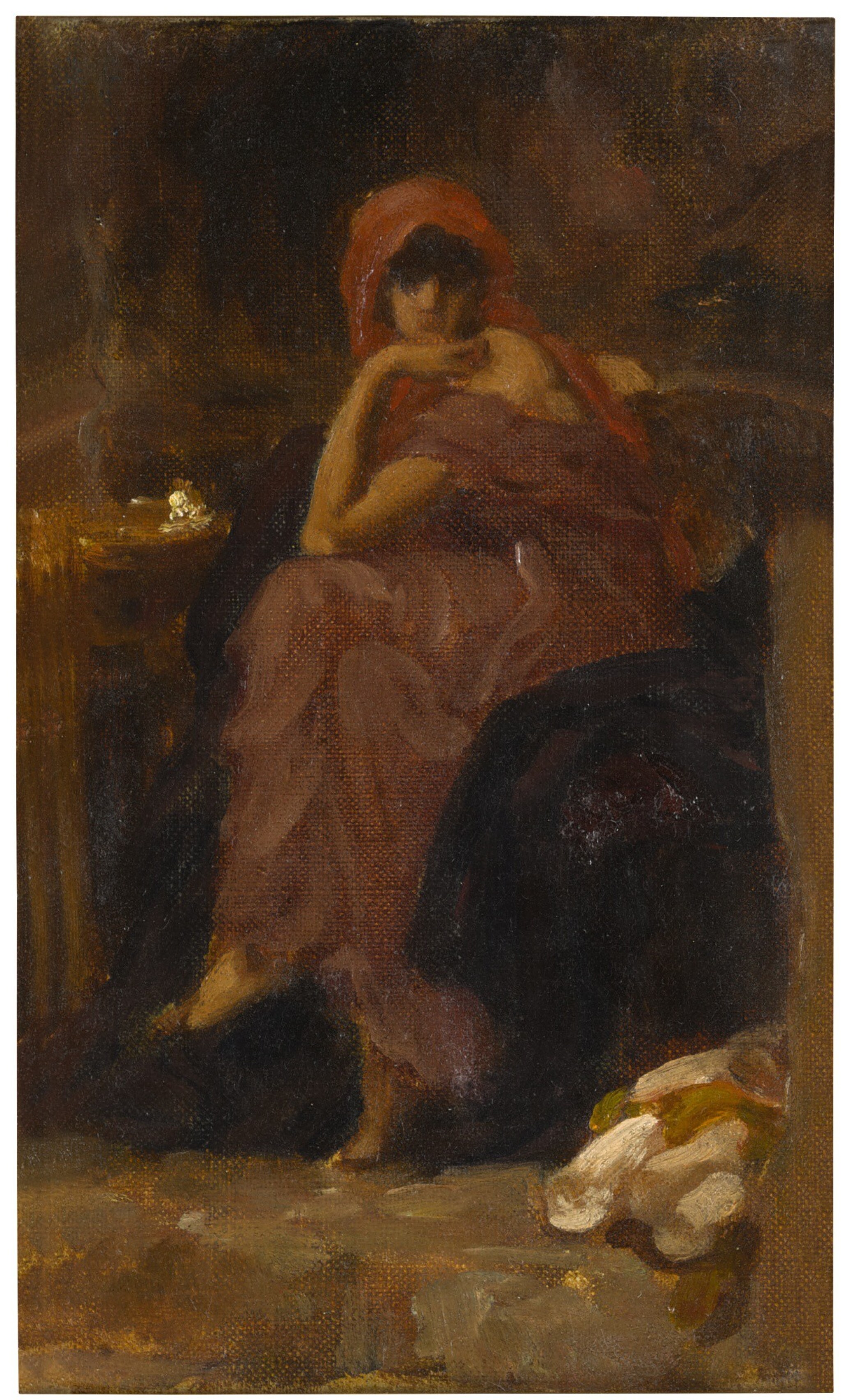 oil on canvas, in original frame

The canvas is unlined and the work is in very good condition and ready to hang.

UNDER ULTRAVIOLET LIGHT There are no obvious signs of retouching.

This powerful picture relates closely to Leighton’s Sibyl exhibited at the Royal Academy in 1889 (private collection). Although it was made as a preparatory work for a larger painting, the present picture has the same intensity and drama as the exhibited work. Depicting a heavily-draped female figure, seated and turning with an expression of challenge, Sibyl is one of a number of paintings depicting powerful women that Leighton painted in his later years. These late works demonstrate Leighton’s influence from the work of Michelangelo as he gradually moved away from his previous fascination with Hellenic culture that inspired so much of his earlier work.

Sibyls were considered to be wise women of antiquity, who would often be turned to in times of national or civic unrest. It is generally considered that there were ten Sibyls: Persian, Libyan, Delphic, Cimmerian, Erythreaen, Samian, Hellespontic, Phrygian, Tiburtine and Cumaean. Michelangelo painted five of these in the Sistine Chapel: Delphic, Libyan, Persian, Cumaean and Erythreaen, which ever since they were painted have haunted the imagination of western artists. Leighton’s Sibyl is shown in a shadowed subterranean space, beside a tripod of flames; at her feet are scrolls signifying her wisdom.

Leighton's work of this later period often feature single figures, which echo the Sibyls of the Sistine Chapel. The series of single-figure subjects draws upon themes of melancholy and solitude, and it is often suggested that the reccurring sibyl-like figures in Leighton's later work, have autobiographical significance, with the artist representing himself as a solitary musing figure nearing the end of his life. These works convey the themes of human existence and mortality, rather than narrative subjects.