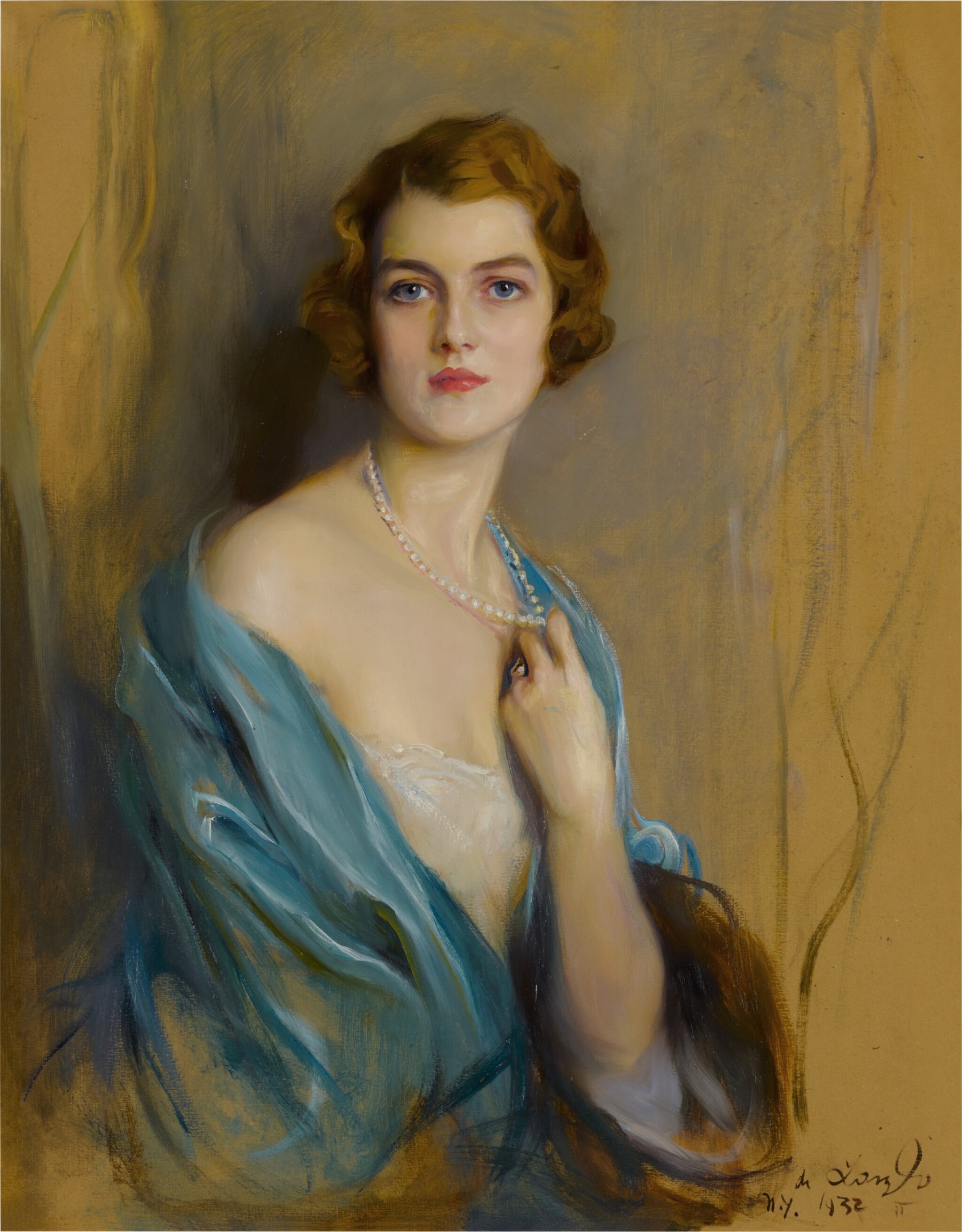 Overall good condition; very minor pigment separation on her hand. Under UV light, no apparent inpainting. The work is framed under plexi glass.

Margaret Livingston Patridge, New York
Thence by descent to the present owner
The de Laszlo Archive Trust, The Catalogue Raisonné of Works by Philip de László (1869-1937) [online], cat. no. 111979
Philip Alexius de László was an Anglo-Hungarian painter celebrated for his portraits of royal and aristocratic personages. Born in present-day Budapest, he was raised to the Hungarian nobility with the hereditary title de Lombos in 1912 and in 1914 became a British subject. During the 1920s and 1930s, de László worked relentlessly, painting an estimated 2,700 portraits by his own estimation over the course of his career, including members of the majority of royal houses of Europe, European political leaders, British aristocracy, and American high society.

De László made his third trip to the United States in October 1931 and stayed until March 1932, traveling to Washington, D.C., New York, and Miami to paint the likes of President Herbert Hoover and First Lady Lou Henry Hoover, Harvey Firestone Sr., and Andrew Mellon. While in New York, de László  painted the portrait of Margaret Livingston Patridge, a native New Yorker educated at the Nightingale Bamford School and the Arts Students League who the year before had married William Armstead Moale Burden, a direct descendant of the railway and shipping magnate Cornelius Vanderbilt. The couple were avid art collectors and patrons of the Museum of Modern Art, to which they donated an important collection of Impressionist and Modernist paintings and sculptures.