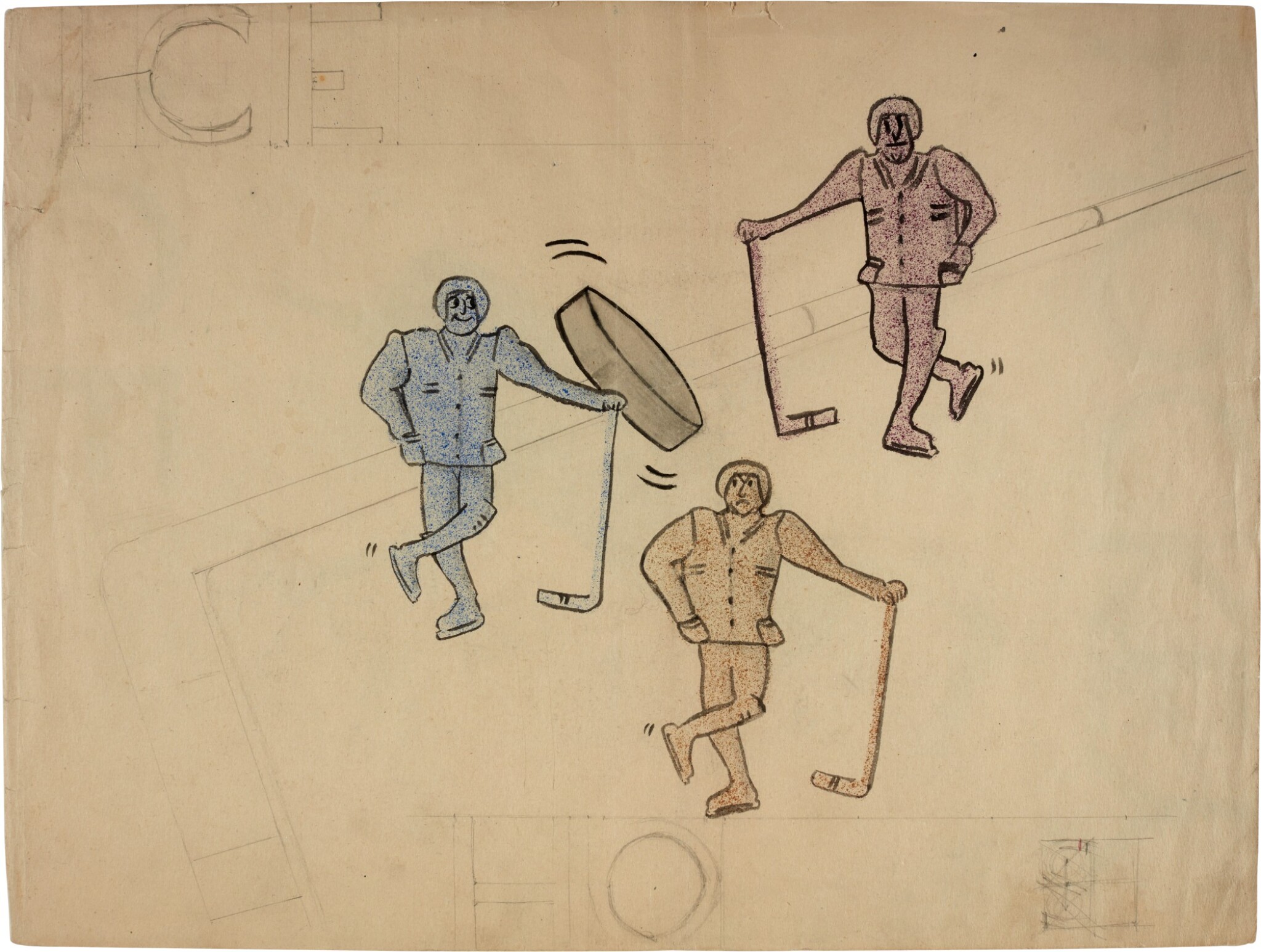 an early sketch, date unknown, pencil, ink, and coloured air brush on paper, of three ice hockey players, the word ‘ICE’ and letters ‘HO’ sketched in pencil top left and lower middle; the verso with blue watercolour, possibly a design for a poster, with lettering in blue ‘ICE HOCKEY’ and a sketch in pencil and watercolour of a puck and two ice hockey sticks, (275 x 370mm.), [1957]

EARLY ARTWORK BY THE YOUNG PAUL MCCARTNEY. These sketches were originally in a school sketchbook in wrappers labelled in ink "MCCARTNEY | RB". The volume dated from McCartney's schooldays at the Liverpool Institute High School For Boys and had the name of his form (RB) on the upper cover, which dates it to 1957. McCartney has a lifelong passion for visual art: he conceptuaised the Sgt Pepper cover, has continued to paint throughout his life, and his involvement in the art world stretches back to his support of the Indica Gallery in the mid-1960s.