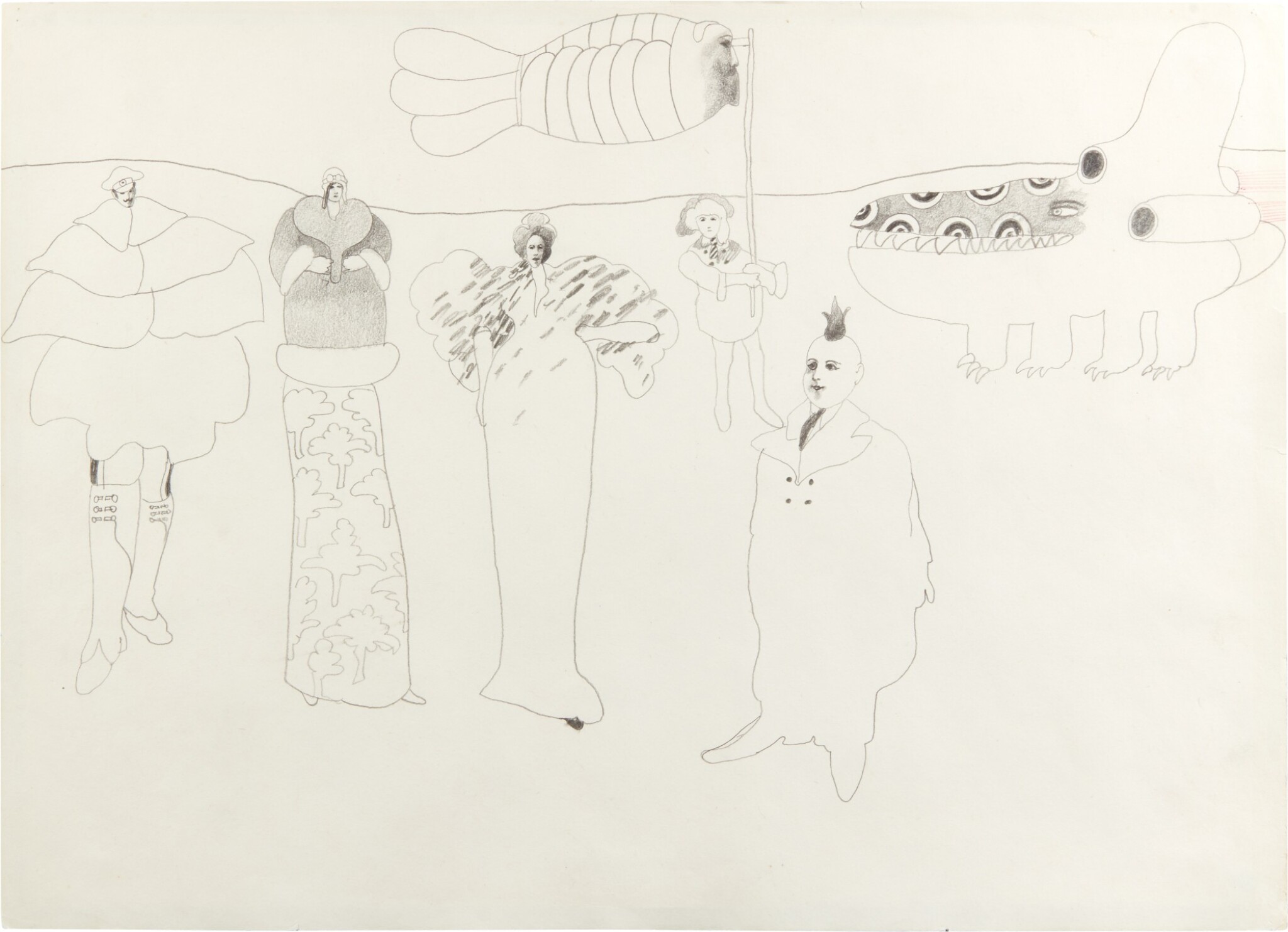 six figures, each 'Pepperland' inhabitants or creatures, the monster to the far right augmented with red ink, mounted and framed, (400 x 284mm.), minor pencil smudges to the right edge

﻿Heinz Edelmann (1934-2009) was the Czech-German illustrator whose art direction was fundamental to the development of the style which came to epitomise the Beatles' psychedelic animations. Here Pepperland's inhabitants are depicted in varying distinctive costumes. This sketch was executed by Edelmann at the SheeKeys Restaurant for Dick Sawyers and Jon Cramer, with whom he was discussing the aesthetics of the film. This image was therefore used as inspiration by the many animators and was fundamental for developing the recognisable and iconic style of the film.