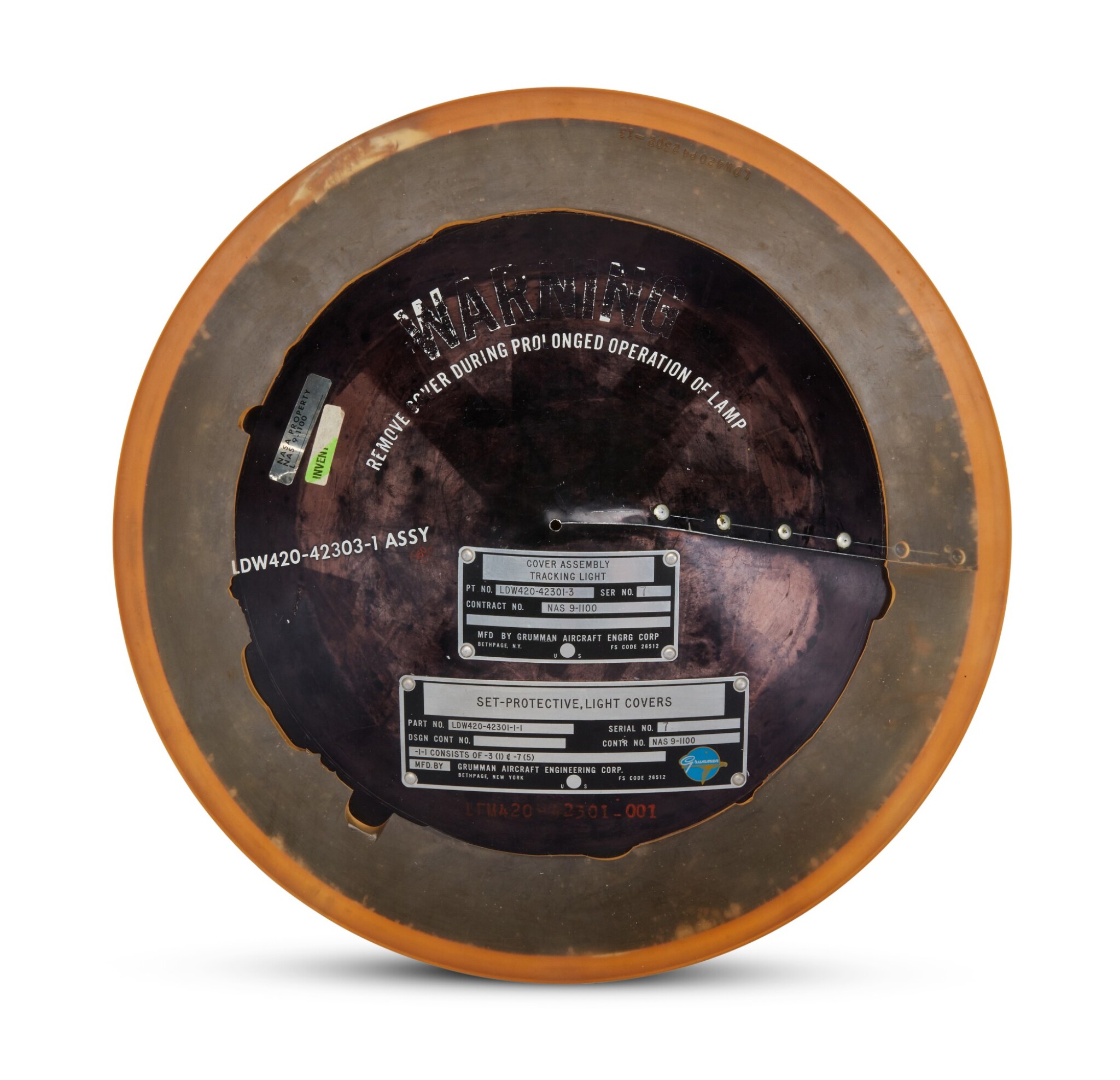 The purpose of the Cover Assembly was to guard the Tracking Light during training and transportation. During mission use, these lights operated in order to help the Command Module Pilot have a better visual acuity of the Lunar Module. While operational and turned on, these lights flashed once per second.

This artifact was removed from the LM prior to flight, and was last used on July 17, 1972, as noted by the included "GRUMMAN AIRCRAFT / Parts Tag & Traveler" slip.