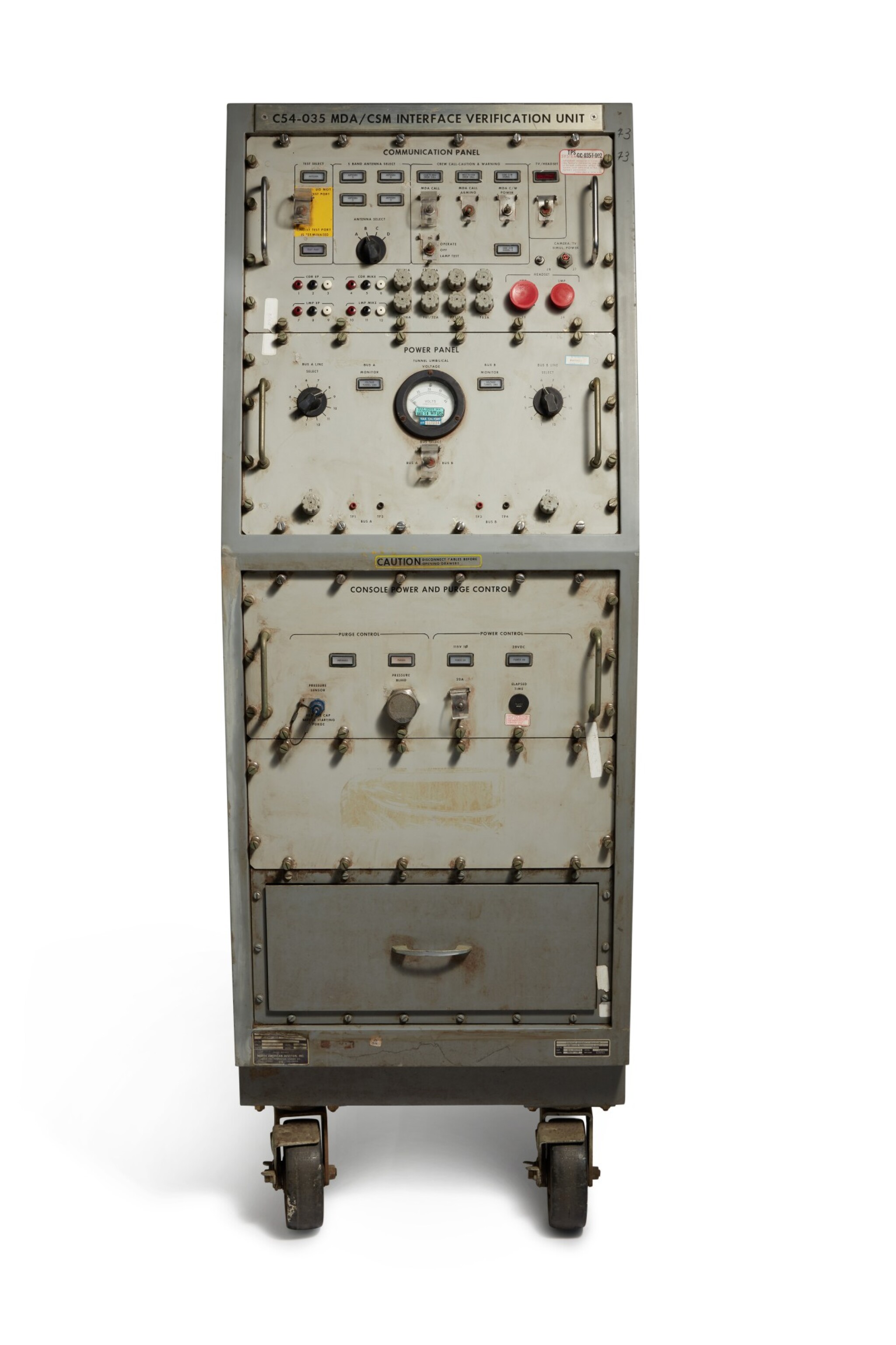 Its purpose was to test the connection (interface) between the CSM and the Multiple Docking Adapter. (The MDA was part of Skylab, and served not only as the docking port for the Apollo spacecraft, but as the control center for solar and Earth observations.) This unit was vital for interface verification on the ground, since after Skylab was sent into orbit, the MDA itself was no longer available. NASA wanted to avoid any surprises after the astronauts docked.

This unit was wheeled up to the CSM at Kennedy Space Center and connected to its electrical power and communications systems, as if the CSM had docked with the MDA in orbit. Readings on this unit then verified that interface.

Throughout the months-long Skylab missions, the CSM was not shut down, but performed functions that can be seen on this unit. Voice communication between astronauts in the space station and NASA personnel on Earth went through its S-band antenna. Since the CSM was the astronauts' ride home, they would want to know if anything was wrong with it, and its Caution and Warning system sent signals into the MDA that could be seen on Skylab's C&W indicators. These functions were powered by an umbilical cable that sent electrical power from Skylab's solar panels through the MDA after the CSM's fuel cells were shut down, and that was also tested. Even the air pressure of the connection could be checked with this unit.

"LMP", the evocative acronym for Lunar Module Pilot, was used along with "CDR" (Commander) because when the unit was built, the Apollo lunar missions were still being conducted. NASA personnel were accustomed to using that title for the astronaut in that CSM seat.

"A docking test between the CSM and AM/MDA will be performed to verify the docking interfaces. The CSM is placed in the West Integrated Test Stand. The AM/MDA is removed from its mobile transporter and lowered, MDA down, to mate with the CSM. The CSM has a probe identical to that used in Apollo and the MDA docking port has a drogue similar to that used in the Apollo LM for docking. A leak check is performed to verify the mechanical docking interface. Electrical/communications tests are accomplished to validate all electrical connect­ions. These tests are the only interface tests involving the flight CSM and the AM/MDA prior to launch. The next time these modules interface is following rendezvous maneuvers in earth orbit as earlier described."