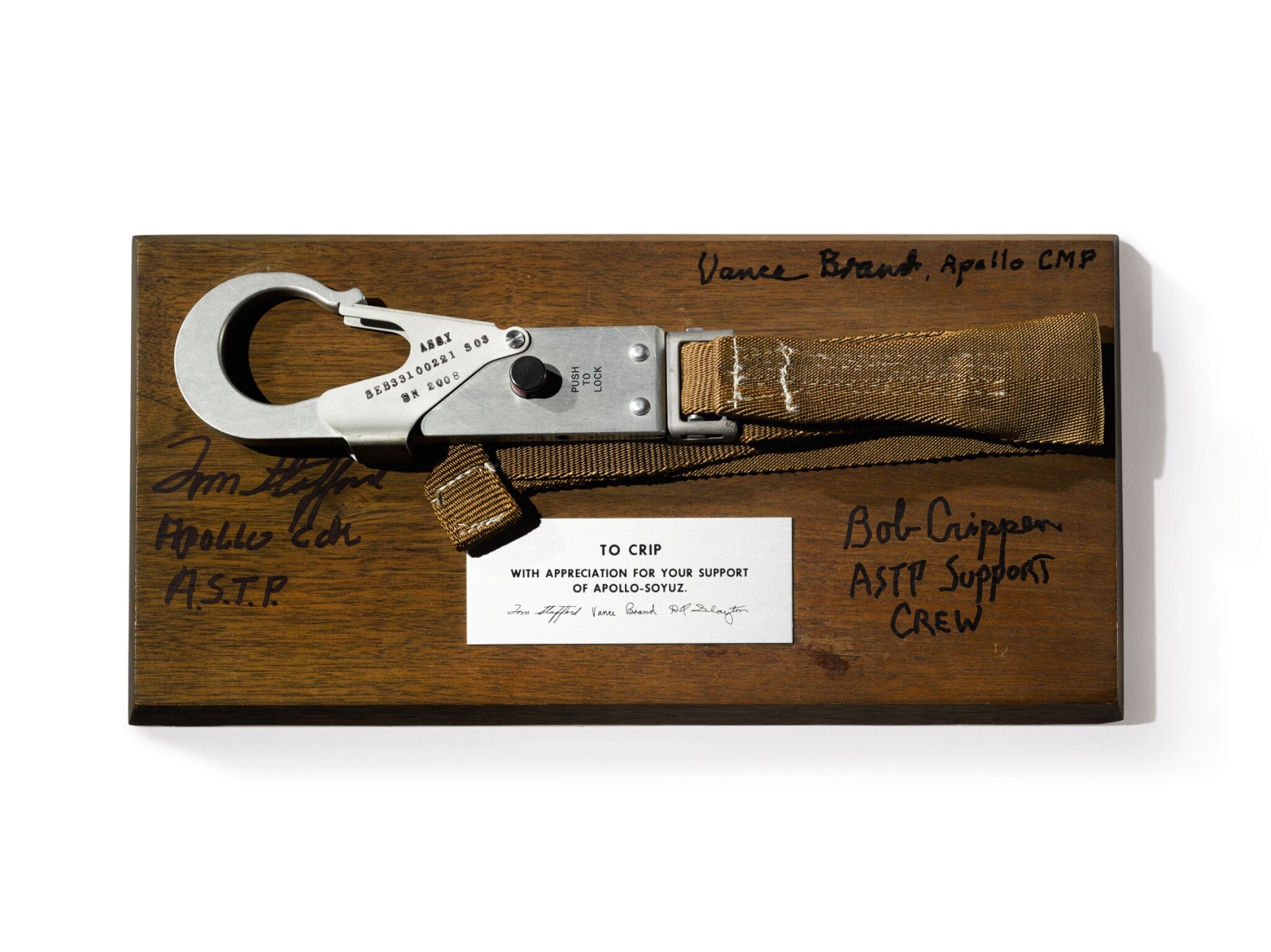 The Apollo-Soyuz Test Project (ASTP) was the last crewed United States spaceflight to take place before the first launch of the Space Shuttle in 1981. Marking the symbolic end of the Space Race, the Apollo crew, made up of Mission Commander Tom Stafford, Command Module Pilot Vance Brand, and Docking Module Pilot Deke Slayton docked with the Russian Soyuz, crewed by Alexei Leonov and Valeria Kubasov. The mission was the 4th flight for Stafford (Gemini 6A, Gemini 9, and Apollo X), the last for Leonov (who became the first person to walk in space during the Voshkod 2 mission in 1965), and the long-awaited first for Slayton, who had been selected as one of the original Mercury 7, but was disqualified due to an atrial fibrillation. He was finally medically cleared in 1972, and ASTP marked his only flight.

Bob Crippen has enjoyed a long and distinguished career with NASA, both as an astronaut and eventually Director at NASA Headquarters. He worked as part of the support crew for the ASTP mission, and would go on to fly in space four times, as the Pilot of STS-1 (the first Space Shuttle Mission), and as Commander of STS-7, STS-41C, and STS-41G (along with astronaut Kathy Sullivan, consignor of lots 82 & 83, both flown on STS-41G). In 1986 he helped with the recovering of the remains of the crew members after the Space Shuttle Challenger disaster, and testified as part of the Challenger Investigation hearings (alongside Rogers Commission member Dr. Richard Feynman; see lot 81 for Feynman's papers from the investigation and letter to Rogers)