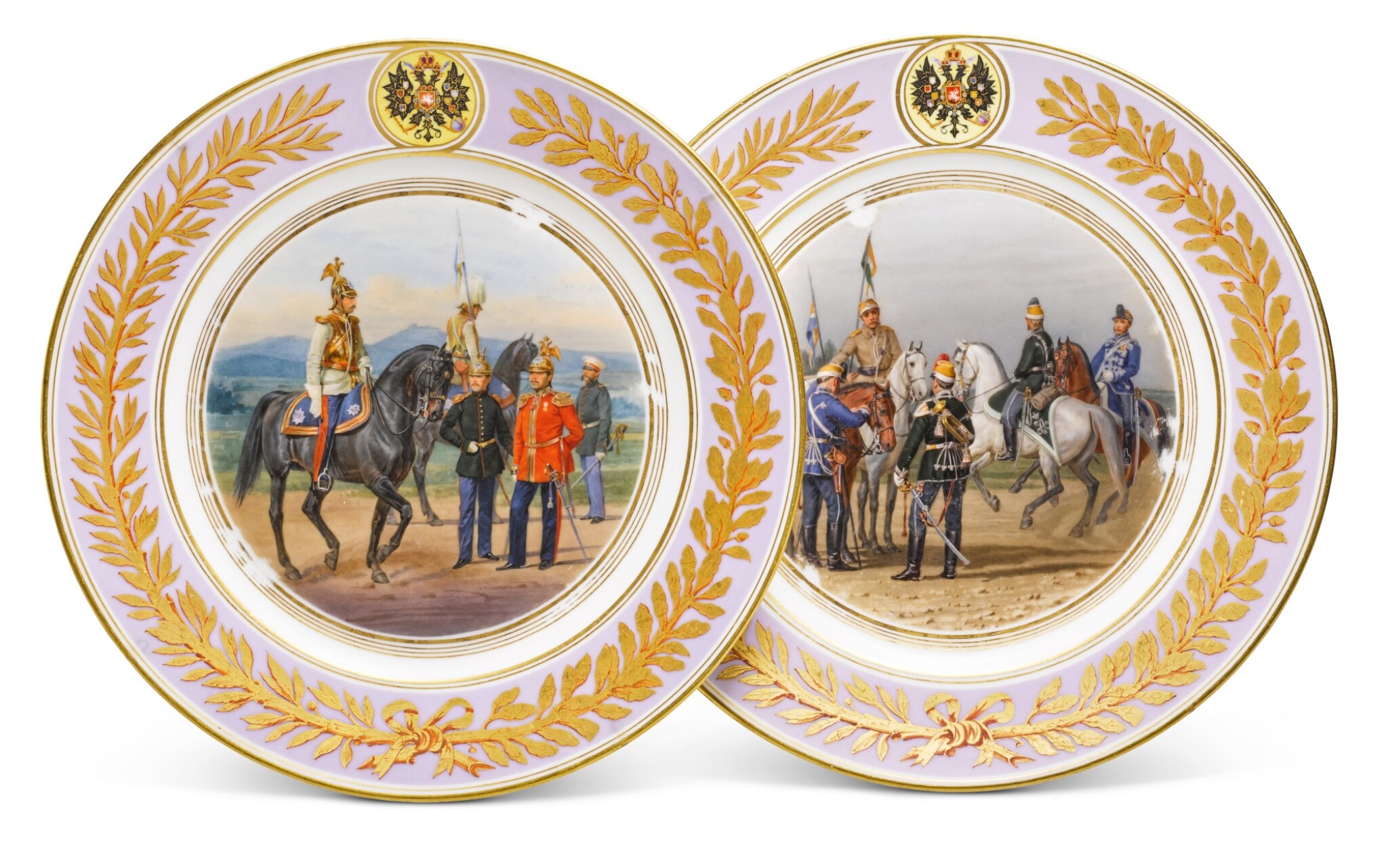 One with the cavetto depicting the Life Guards mounted regiment within a border of gilt laurel on lilac ground, inscribed in Cyrillic after a painting by Piratsky and signed T. Semenov, dated 1873, the other with the cavetto depicting Hussar Regiments, including the 13th Narva regiment named after Grand Duke Constantine Nikolaevich, and the 14th Mittau regiment named after Prince Albert the Younger of Prussia, after a painting by Piratsky and signed Wassily Midin, both surmounted by the imperial double-headed eagle, both with underglazed green and blue Imperial cypher of Alexander II