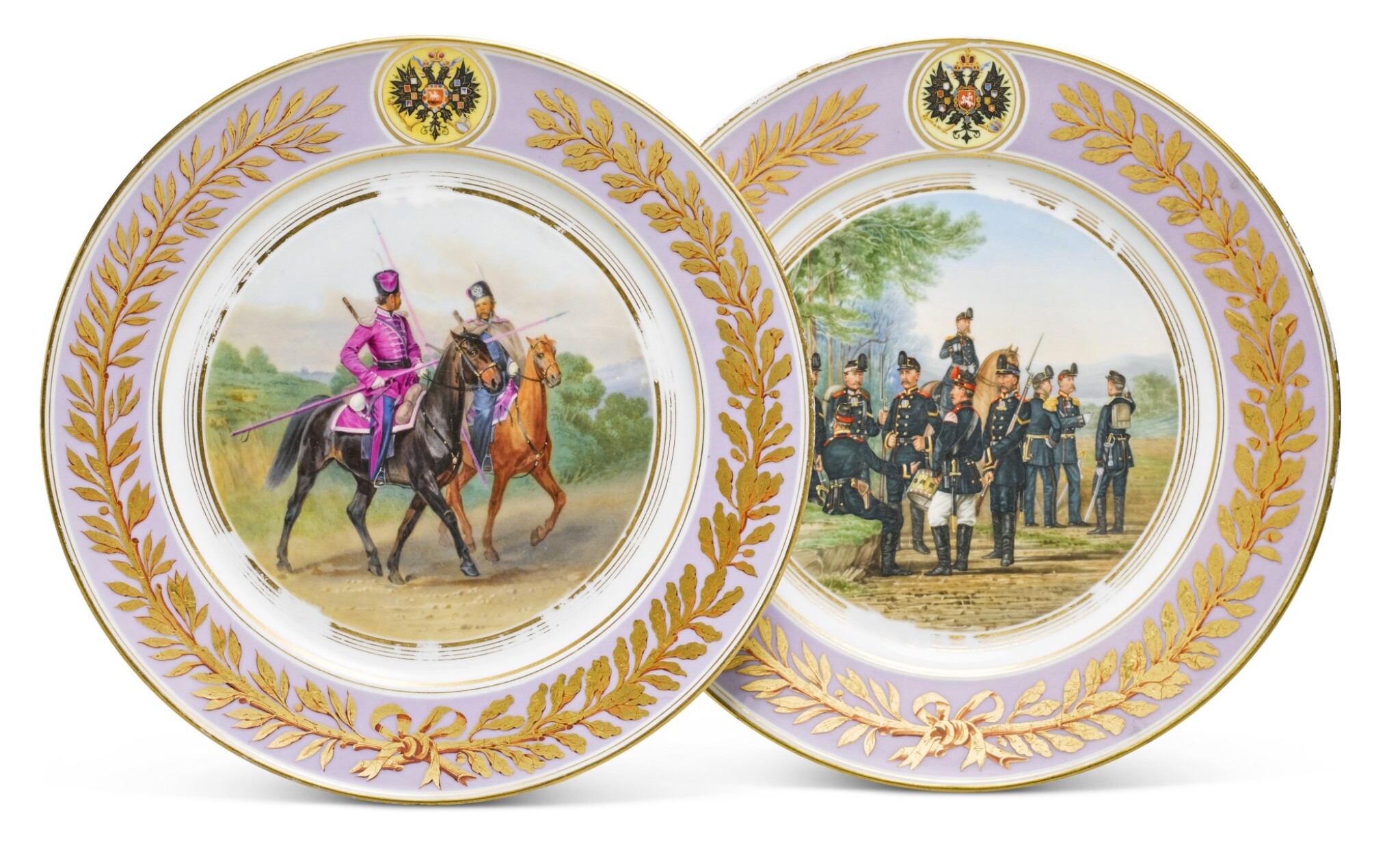 One cavetto depicting the 4th Infantry Division after a painting by Balashov and signed A. Morozov, dated 1874, with underglazed green and blue Imperial cypher of Alexander II, the other depicting the Life Guards Ural Cossack Division after a painting by Piratsky and signed by T. Semenov, dated 1871, with underglazed green Imperial cypher of Alexander II, both surmounted by the imperial double-headed eagle