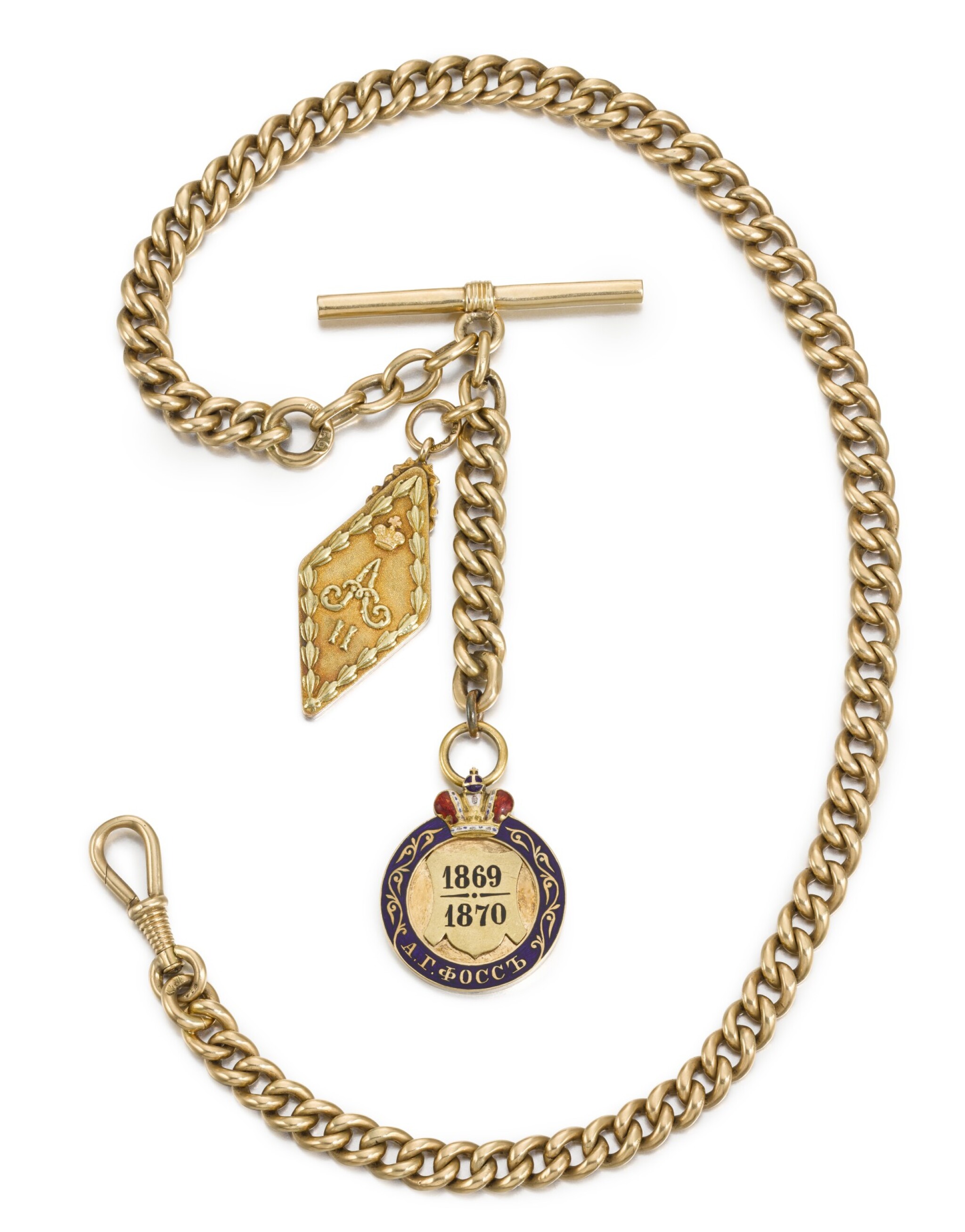 One of round shape, surmounted by a crown with one side depicting coat of arms and the other side with the dates 1869-1870, for the opening of the railway line Kharkov-Kremenchuk, the other jeton of lozenge shape with one side depicting crowned Alexander II cypher, and the other with dates 1866-1869, with inscriptions for the Odessa-Kremenchuk and Kishinev-Tiraspol railway routes, both attached to a period fob chain, struck to loops throughout, maker's mark indistinct, 56 standard