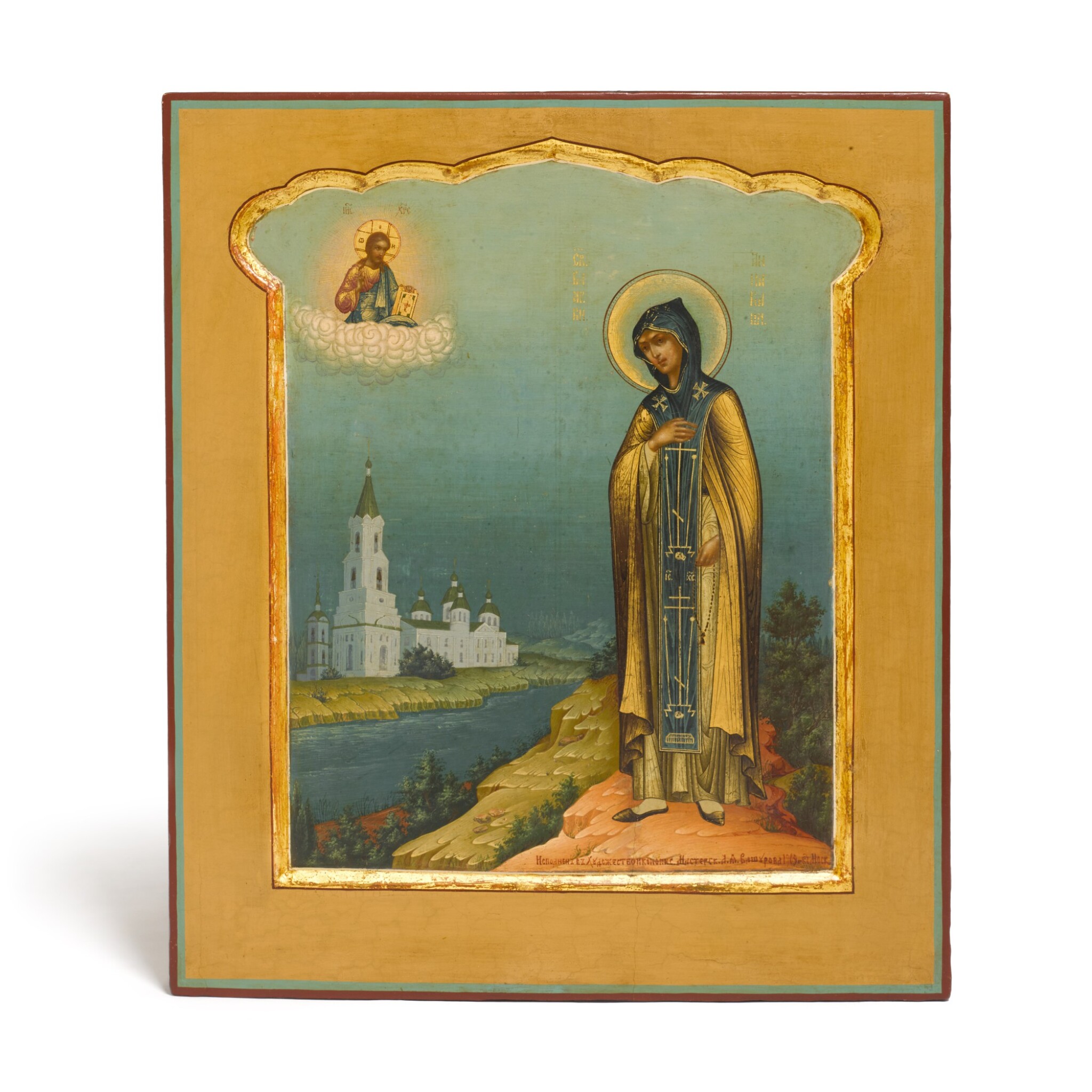 signed and dated in the bottom right-hand corner

To request a Condition Report for this lots, please contact Kira.Gurmail-Kaufmann@sothebys.com

St Anna of Kashin (1280-1368) was a princess of the Rurikid dynasty. Herself a Princess of Rostov, she married a Prince of Tver, with whom she had five children. Her husband and several of her children were tortured and murdered by the Mongols, and she spent the last years of her life 'in silence' doing God’s work. She was canonised only in the 17th century, after she appeared in a dream to a sexton in the city of Kashin which was being besieged by Lithuanians, praying for the city’s deliverance. She subsequently became a great favourite of the Old Believers, who noticed that her relics made the sign of the cross with two fingers, as they did, and not with three as became canonical after 1666. The official church tried to twist her fingers into the canonical shape several times, but despite their efforts the fingers always returned to their original position. As a result, she was 'de-canonised', only to be restored to sainthood again after Nicholas II reforms on the freedom of religions in 1905. For a detailed account (in Russian) see https://starove.ru/izbran/sv-blagovernaya-anna-kashinskaya-porugannaya-svyataya/

Little is known about the Vashurov workshop, and there are only a handful of icons, mostly in private collections, attributed to it. An advertisement of the time states that they were based in the Taganka in Moscow, and that they were specialists in Old Believer and ancient styles, and also undertook restoration work. The workshop closed in 1923, and Alexei Yakovlevich died in 1943.