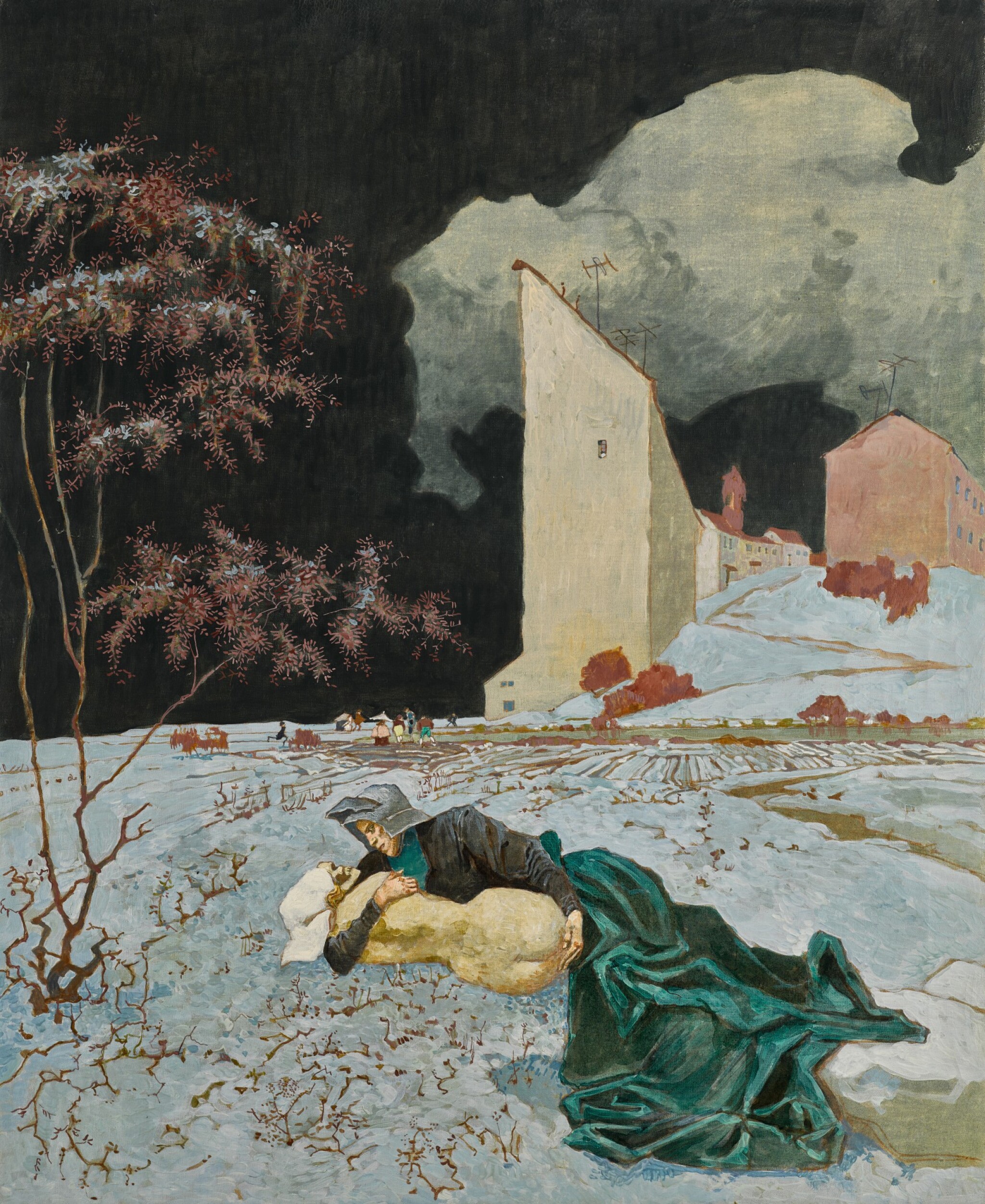 Original canvas. Stretcher bar marks are visible along the edges. There are some isolated areas of craquelure, most notably along the edges. There are a few tiny losses to the sky, most noticeably between the branches near the centre of the left edge as well as to the left of the building in the centre. There is a light layer of surface dirt. Inspection under UV light reveals no obvious signs of retouching. Unframed.

At the age of nineteen, Sveshnikov, then a student at the Moscow Institute of Decorative and Applied Arts, was arrested on the streets for an alleged assassination attempt on Stalin, supposedly in affiliation with an unnamed terrorist group. Imprisoned for eight years, Sveshnikov first laboured under inhumane conditions before being moved to another camp, Vetlosian, where he became a night watchman. His position there allowed him to draw and it was during this period that he developed his fantastical style, which he would continue to explore after his release in 1954.

The present painting is an example of Sveshnikov's early painting, influenced by the grotesque imagery of Pieter Brueghel and Hieronymus Bosch. Equally characteristic for this period is the juxtaposition of scenes of pleasure with those of death, exemplified here by the male figure embracing his skeletal lover against the backdrop of a bleak winter sky.