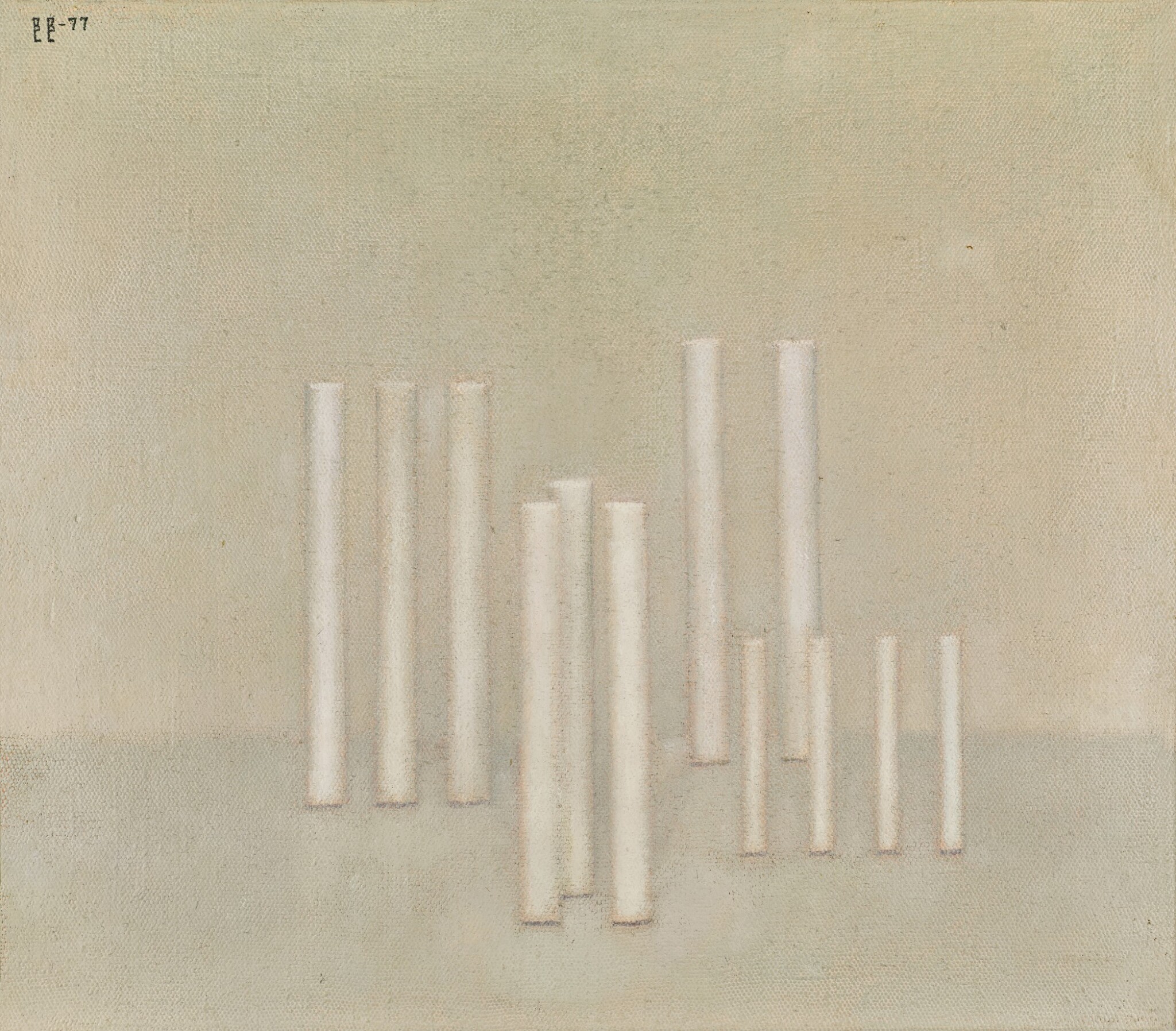 signed with initials in Cyrillic and dated 77 t.l.; further inscribed with the artist's notes on the stretcher

Original canvas on the artist's stretcher. There is a small scratch below the centre of the left edge and another scratch above the centre of the right edge. There is a light layer of surface dirt with handling marks and fly specks in places. Otherwise in very good condition. Inspection under UV light reveals no obvious signs of retouching. Held in a strip frame.

When compared to his nudes and portraits, the themes, arrangements and compositions of Weisberg’s still lifes from the 1970s are very varied. What unites them is the aim to paint ‘white on white’. During this period Weisberg avoids colour contrasts already in the arrangement, and although he continues to make use of the full palette, all his colours are shades of grey. As a result, instead of contrast between main and additional colours he achieves more nuanced contrasts between warm and cold hues, such as the contrast between the background and the plane on which the columns in the present work stand.

The artist had an analytical mind and in the 1970s he preferred painting still lifes with geometrical figures. He would tell his students to ‘work out their still lifes’, as if they were both figurative and mathematical problems. He would count to the millimetre the distance between figures and their position in space. He would make drawings of the arrangement which he would then transfer onto the canvas. What matters in this still life with columns is the rhythm, the organization of space and the interrelationship between the forms and the surrounding space. It is as if the columns perform some musical motif. They either come together as do the three columns in the foreground, or align in twos, threes or fours, with larger or smaller intervals. Each group is placed on a different plane, which adds another theme to the melody of the composition. This still life demonstrates that Weisberg was foremost interested in the arrangement of space, and the shapes are just markings that bring structure. Late works by the artist are intended to be contemplated from afar, and the viewer begins to appreciate the unlimited space and the symphony of painterly forms.

We are grateful to Dr Elena Khlopina for providing this catalogue note.