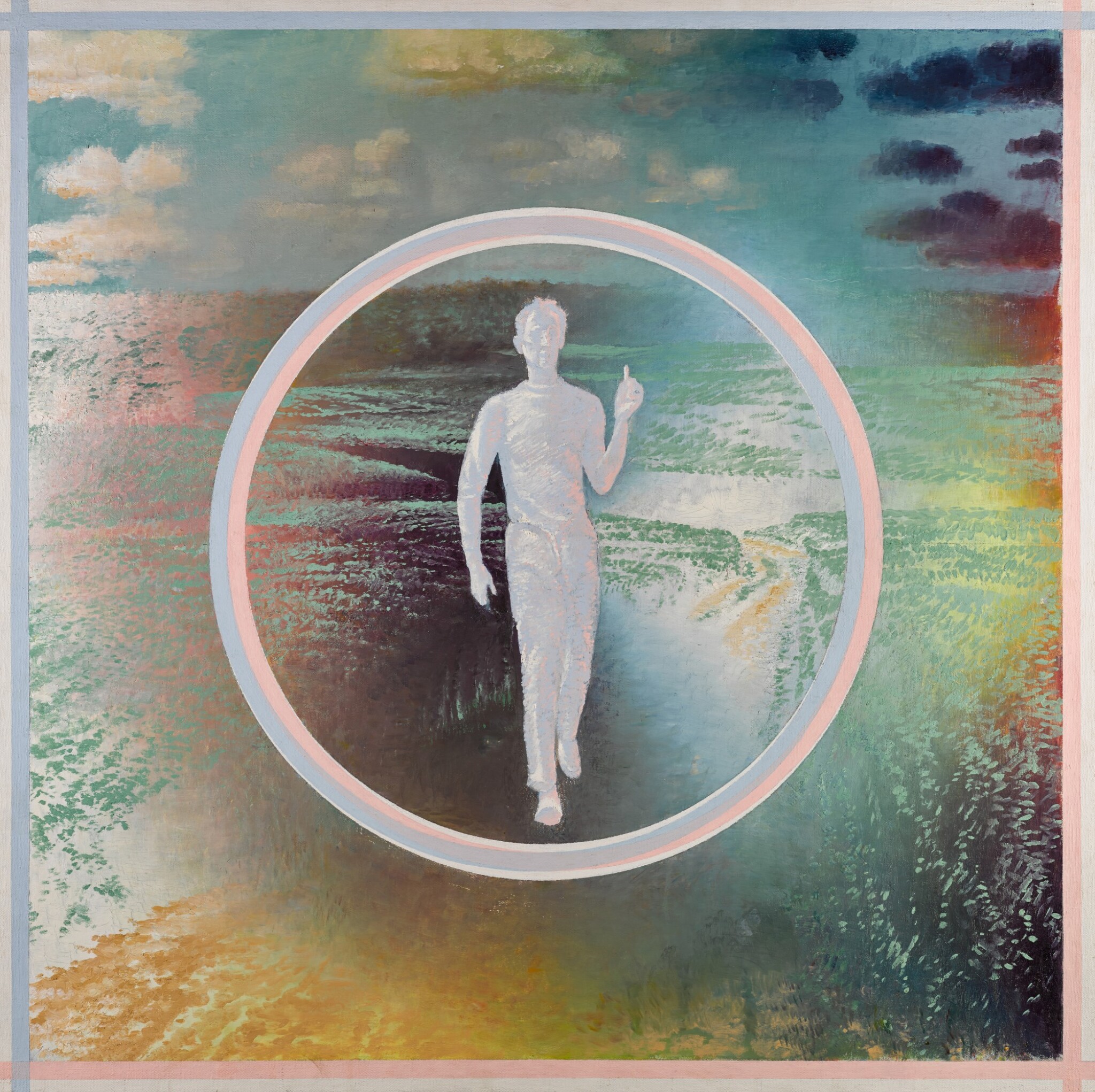 signed and titled in Cyrillic and dated 1976 on the reverse

Original canvas. There are very minor losses to the left of the shoulder. What looks like a loss to the grass in the lower right is most likely inherent to the work, as are several indentations running horizontally and diagonally across the composition. There is paint shrinkage in places. There are minor abrasions along the edges with handling marks to the white margins. The surface is covered in a light layer of dirt. Inspection under UV light reveals no obvious signs of retouching. Unframed.

Similar to his close friend and fellow non-conformist painter Erik Bulatov, Vassiliev’s works are, first and foremost, concerned with the organisation of the pictorial space. The two met while studying at the Surikov State Art Institute in Moscow, with both of their artistic practices shaped strongly by the encounters with members of the older artistic generation, namely Robert Falk, one of the most influential figures within the Russian avant-garde realm, and Vladimir Favorsky, theoretician, wood engraver and former Rector at Vkhutemas-Vkhutein.

The present work is a quintessential example of Vassiliev’s experimentation with the viewer’s perception of space. The light blue and pink lines clearly delineate the canvas borders, yet, the addition of a circular shape, enclosing in it a male figure walking towards the viewer, all depicted against the background of a faded landscape, complicates and subverts this initial, seemingly uncontroversial, delineation.

Notable here are Vassiliev’s trademark shimmering colours, visible in the rendering of both the landscape and the figure. The latter most likely depicts the artist himself, the painting filled with introversion and self-reflection. As Vassiliev noted, ‘…especially when I worked in nature. I wanted to include in the picture not only what was in front of me, but also impressions of a passageway to a selected place’ (Oleg Vassiliev. Memory Speaks: Themes and Variations, St Petersburg: Palace Editions, 2004, p.24). Writer Andrew Solomon has further aptly commented: ‘He documents lost worlds, describing the ineffable power of what has been, a power inherent in its vanishing. It is an art of longing and of beauty. When you view his work, you feel as though memory itself is realised before you, and you look with the artist’s nostalgia at scenes you never lived or experienced’ (ibid., p.14).