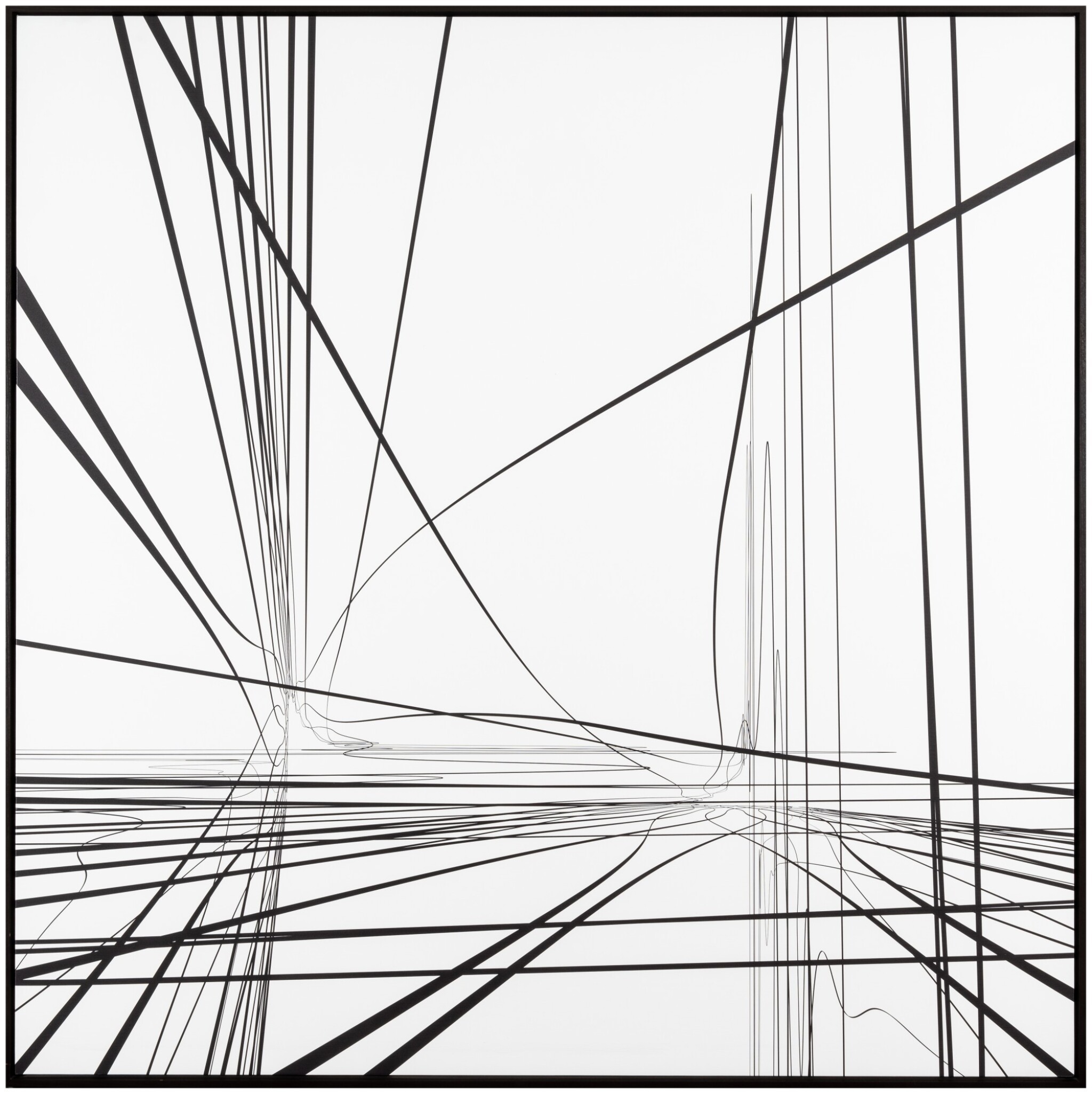 The present work Zycles 6021 by German artist Thomas Ruff is a monumental example of his dynamic Zycles series. Using a 3D computer modelling software, Ruff transfers in this series the algebraic formula of a cycloid, a curve generated by a curve rolling on another curve, through abstractive distortion into a two-dimensional print. The resulting image seems to be infinite without a reference point, inviting the viewer to explore the depth of dynamic swirling ribbons. The name Zycles is a combination of Cycloids and its German translation Zykloide.

“My images are not images of reality but show a kind of second reality, the image of the image.” (Quote from the book: Florian Heine, 50 contemporary photographers you should know, Munich 2016).

Thomas Ruff has over his more than four-decade career created one of the most diverse oeuvres of any of the Düsseldorf-trained photographers. He studied under Bernd and Hilla Becher, whose systematic documentation of European and American industrial buildings became the basis of their own school of contemporary photography. Ruff has become one of the most influential conceptual artists, and a main force to bring the medium of photography to an equal level of importance next to the medium of paintings. He makes use of tools beyond the conventional and creates manipulated works of art known for their high-quality precision and captivating beauty, that however do not allow the viewer to be clearly interpreted.