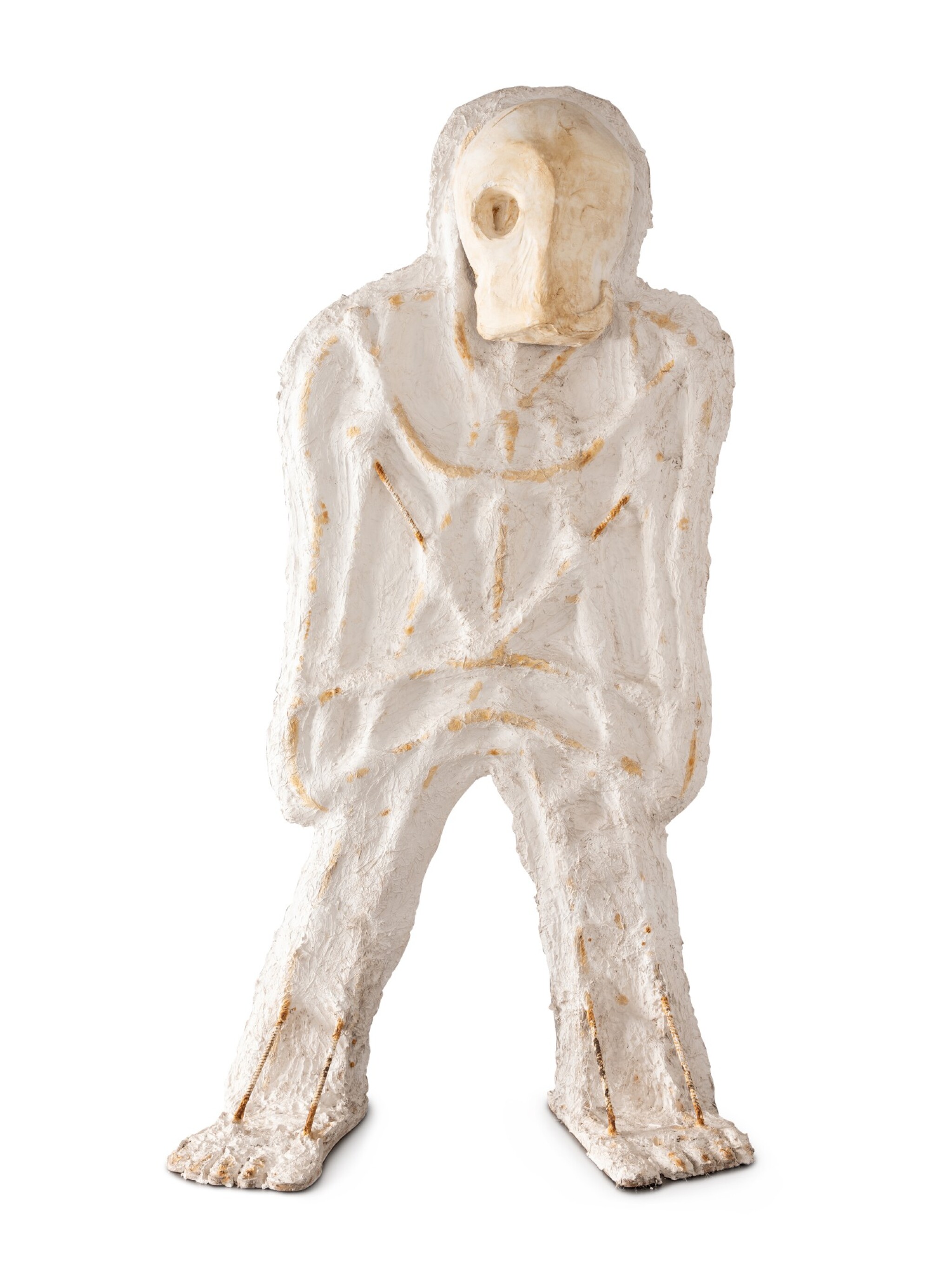 Please note this lot is stored offsite and will be available for shipment or collection five business days after sale closure. Please contact Post Sale Services (depostsaleservices@sothebys.com) to make arrangements.

Berlin, Contemporary Fine Arts Galerie, There is a crack in everything that's how the light gets in, September - October 2009, n.p., no. 23, illustrated in colour

“Always incomplete, never ready-made. Houseago’s objects are iconic with no reference point, monumental with no claims, macho with no muscle. They are built from material, time and labour, that then wait to be filled by the imaginations of those that encounter them, all the while embracing the inherent impossibilities of art making” (Lisa La Feuvre, ‘Problems of things and objects’, in: Exh. Cat., Oxford, Modern Art Oxford, Thomas Houseago: What went down, 2010, P. 15).

Midnight I is representative of Thomas Houseago’s most important body of works, which radically redefined the significance of three-dimensional art in contemporary culture. His sculptures appear as if they were created in a sort of underworld, emerging from the earth as long-limbed and broken figures. Executed in a monumental scale, the present work towers above the viewer, it’s disproportionate and distorted body and wide staring eyes confronting the viewer with all it’s wonderful strangeness.

Filled with a sense of urgency and instinctual physicality, Houseago captures in his works the decisive moment when the man reveals his internal strength which comes from his momentum and energy in his works. He makes use of materials both associated with classical sculptures, like plaster, bronze and clay, as well as less traditional materials, like steel rods, hemp or concrete. The white plaster flesh of Midnight I for example recalls the marble surfaces that pervade the sculpture of antiquity.

Throughout Houseago’s long career, he has taken inspiration from various sources like Pablo Picasso and Henry Moore as well as African masks. His works have been exhibited internationally in London, New York, Paris, Los Angeles and many more locations and can be found in significant collections worldwide, as for example the Rubell Museum, Stedelijk Museum and the Nasher Sculpture center.