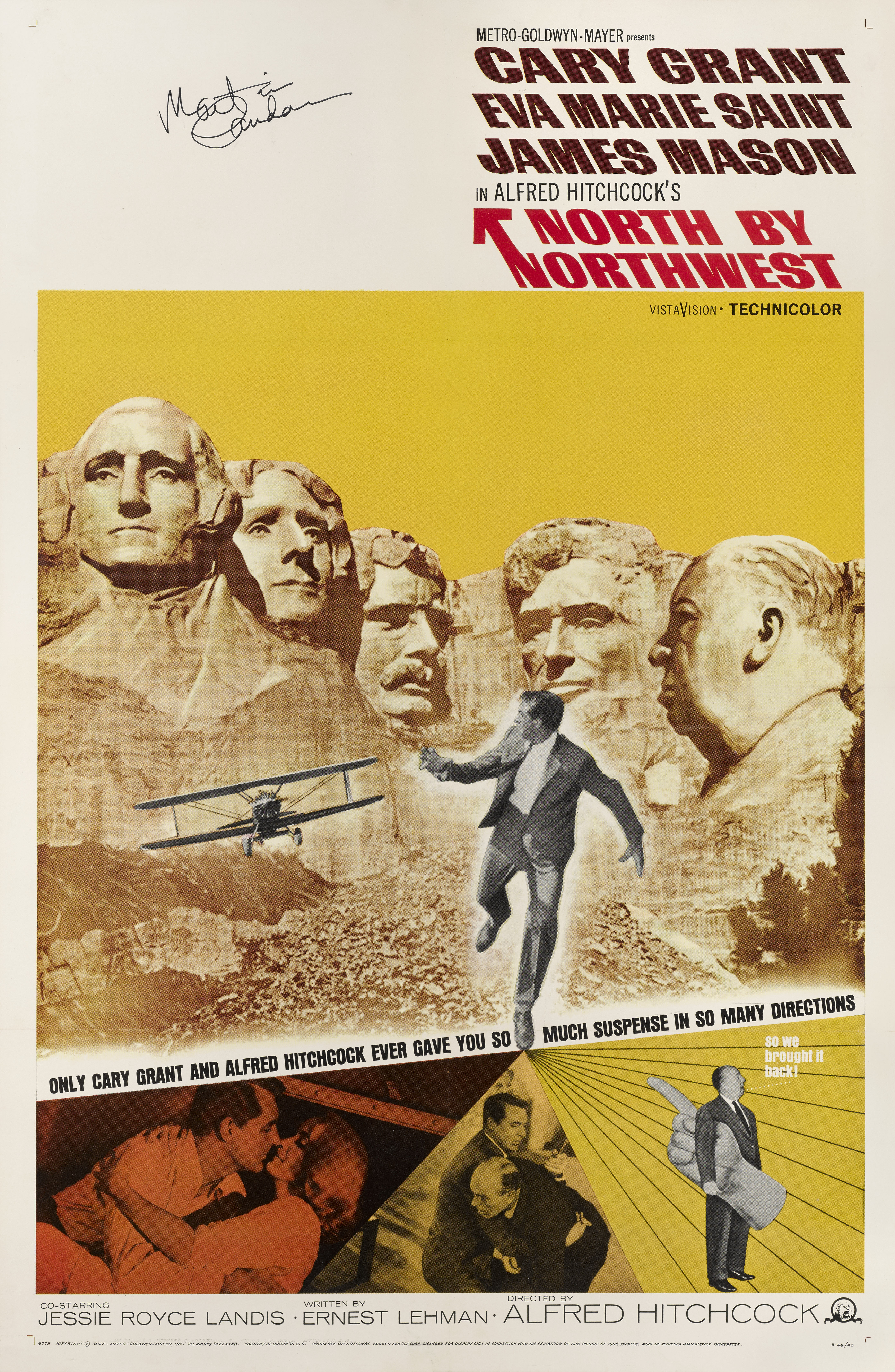 Mr. Sohal met Martin Landau at the London premiere of Frankenweenie, which was shown at the opening of the BFI Film Festival. He noticed that Mr. Landau only signed pieces for a handful of people, and was getting worried that he wouldn't autograph this piece, so he shouted out to his Personal Assistant, who said that Mr. Landau wasn't in the film (his voice was used) and that he was finished with all the press. As he was walking towards the cinema exit, Mr. Sohal shouted at him to get his attention, he stopped and stared at him and gave a cheeky grin, and then walked over to Mr. Sohal and said "kid, you never got on the wrong side of him." Mr. Sohal said "who do you mean" and he replied "Mr. Hitchcock."

The film was re-released seven years after its initial release. By then it was already very well known, and this re-release poster was created using classic scenes from the film, together with Hitchcock's side profile included on Mount Rushmore National Memorial. The re-release only had a limited showing, and therefore these posters are very sought after.

It is rare for anyone to have an original poster signed, as the majority of signatures are on pieces of paper, photographs, and video/DVD sleeves.

This wonderful thriller was directed by Alfred Hitchcock and stars Cary Grant, Eva Marie Saint, and James Mason. The score for this film was by Bernard Herrmann, who also collaborated with Hitchcock on Psycho, The Man Who Knew Too Much, and Vertigo. The film's opening title sequence was created by the legendary graphic designer Saul Bass.