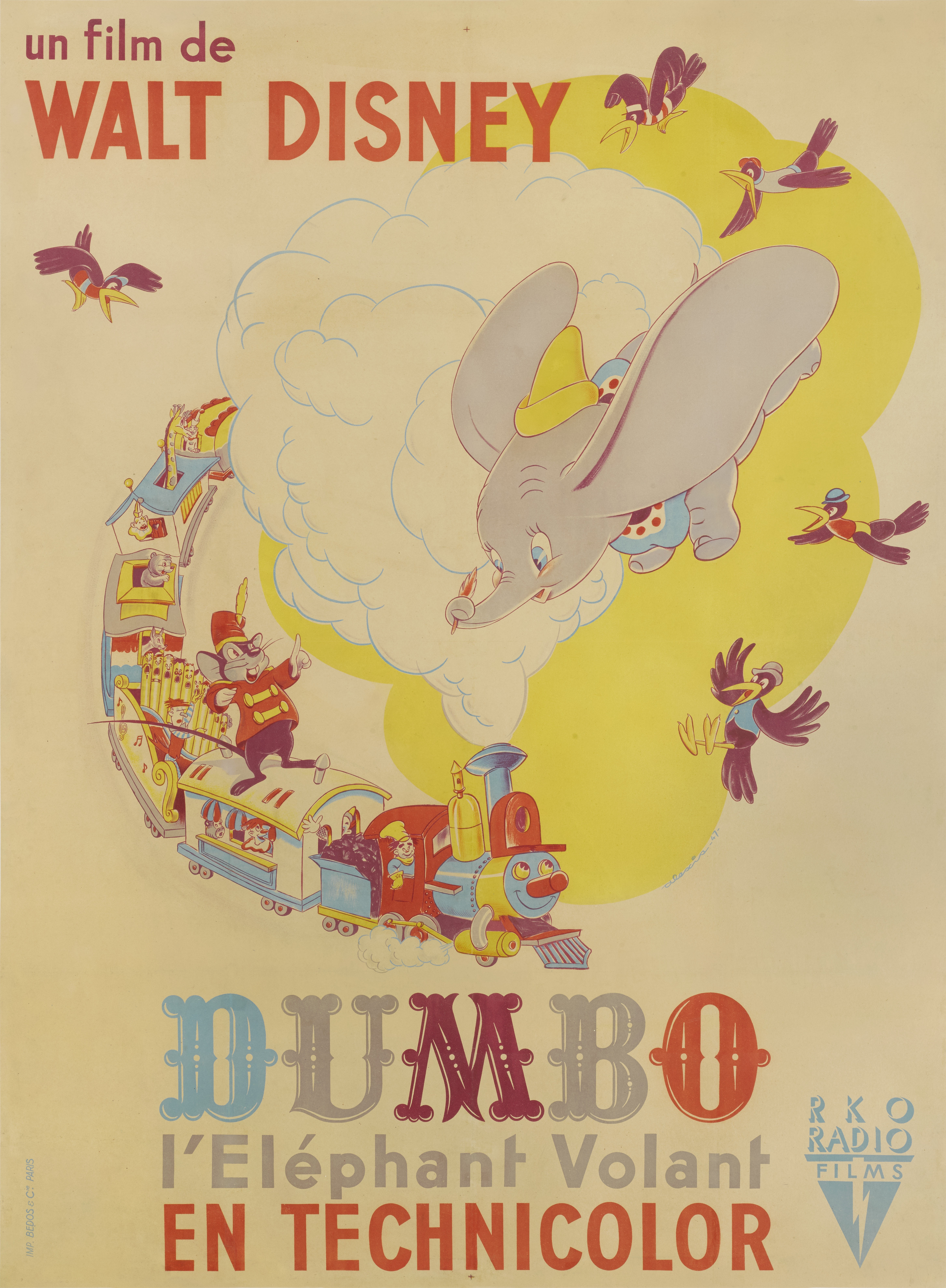 This charming French poster for Dumbo is undoubtedly one of the best designs for this classic Disney film.

Very few of these posters are know to have survived, as they were designed to be pasted onto billboards, and once used could not be used again.

This was the fourth Walt Disney animated feature film and was certainly one that captured the imagination of the public, as it was the most financially successful Disney feature of the 40s. In 2019 the film was remade as a live-action film by Tim Burton.