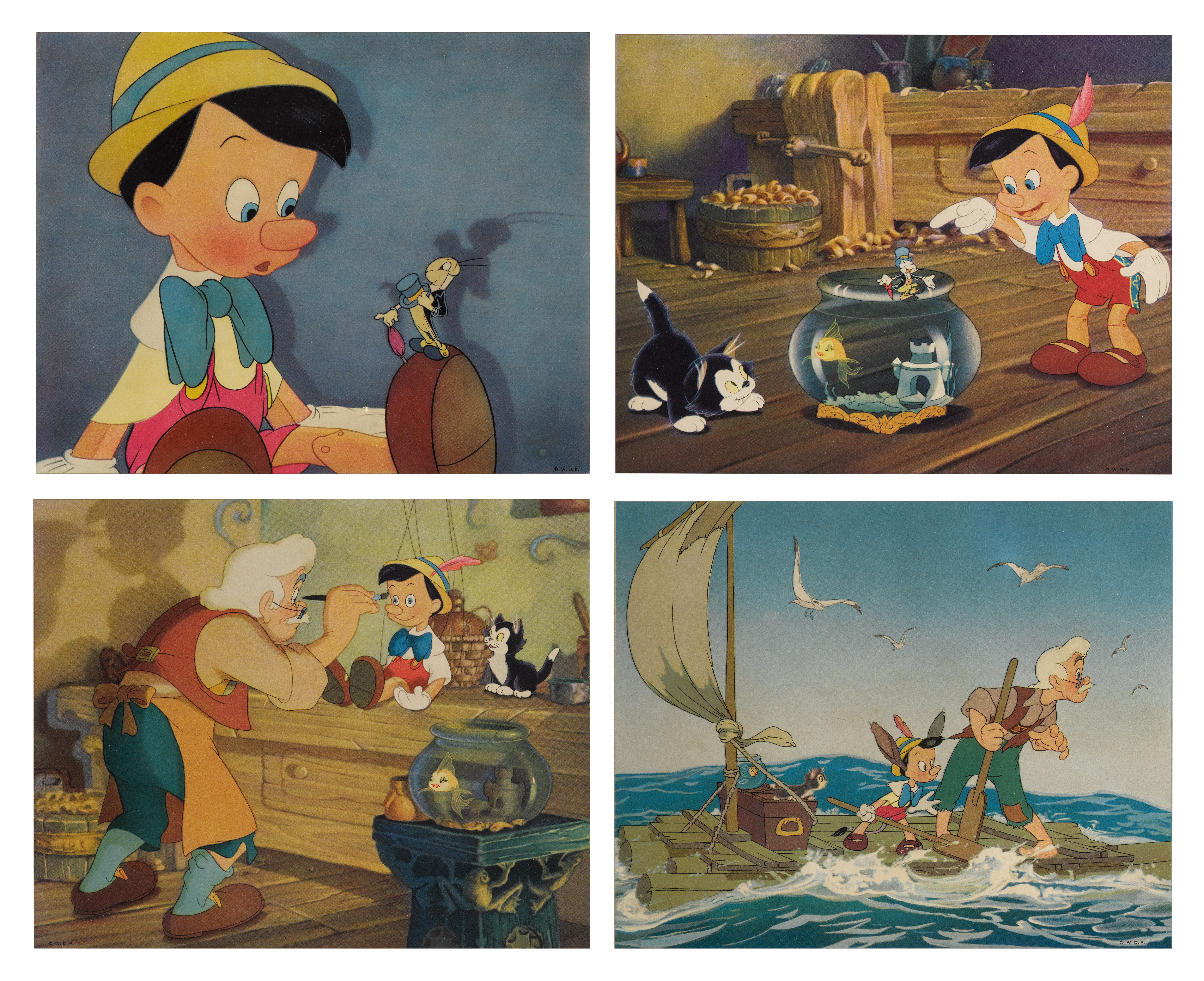 Each one of these cards has a large white border, that the mount has been laid over.

Walt Disney's second animated feature film was made after the success of Snow White and the Seven Dwarfs (1937). Pinocchio, the world’s most famous wooden puppet, is originally the creation of the Italian writer and social commentator Carlo Collodi. Entitled The Adventures of Pinocchio, the story was initially serialized in the children’s section of a Roman newspaper and, following its popularity, became a book in 1883. When Walt Disney decided to adapt the story to film, Pinocchio had already climbed to widespread fame, but it was not until he was animated that the naughty wooden boy truly became embedded in the popular imagination.

Each conservation framed with UV plexiglass