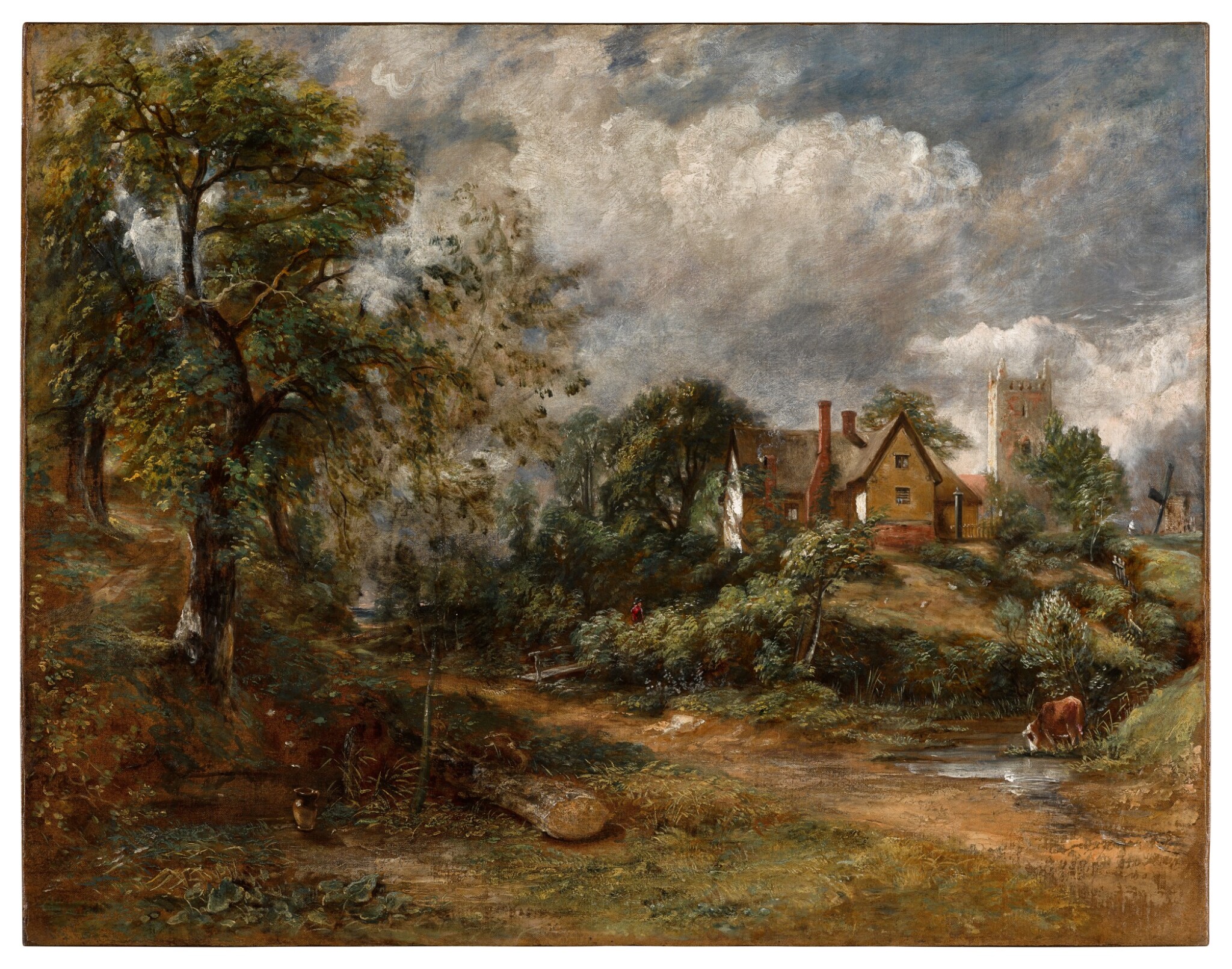 The following condition report is provided by Henry Gentle who is an external specialist and not an employee of Sotheby's: Oil on canvas, unframed. The painting is lined and there is good adhesion between the original canvas and the lining fabric. Tension across the painting is well maintained. The painting is in very good original condition. Bravura textured brushwork through the sky along with the application of more substantial paler highlights to the clouds are wonderfully preserved; the use of the pale ground as a natural tonal reserve is very well maintained, here. The thickly applied pale yellow and green highlights through the trees and the foreground allowing, once again, for the natural warm ground to be used as a mid tone are unaffected by any previous conservation intervention. Under u-v light recently applied restoration to mitigate very minor pinprick loss through the sky and clouds and to mitigate the pale ground colour through the bank around the earthenware jug, lower left, has been undertaken. Minor restored out loss above and below the cow, lower right, is also visible. Chromatic and tonal integrity is very well preserved and fine details are in original condition. The exceptional preserved state of the painting has allowed not only the technique of the artist to be explored but also the speed and confidence of it's execution to be appreciated.

This painting is displayed in a loan frame from Paul Mitchell Antique Framers. Should you be interested in buying the frame, please contact a member of the Old Masters department.

Thence by descent until sold, Cincinnati, Cowan’s Auctions, 2 October 2020, lot 3 (as after John Constable), where acquired by the present owner.

The Cincinnati Enquirer, Cincinnati, Ohio, 23 January 1922, p. 5 (described hanging in the Sun Room, together with a Monet of the South of France);

G. Reynolds, The Later Paintings and Drawings of John Constable, 2 vols, New Haven and London 1984, text vol., pp. 181–82 (referring to a lost version of the composition);