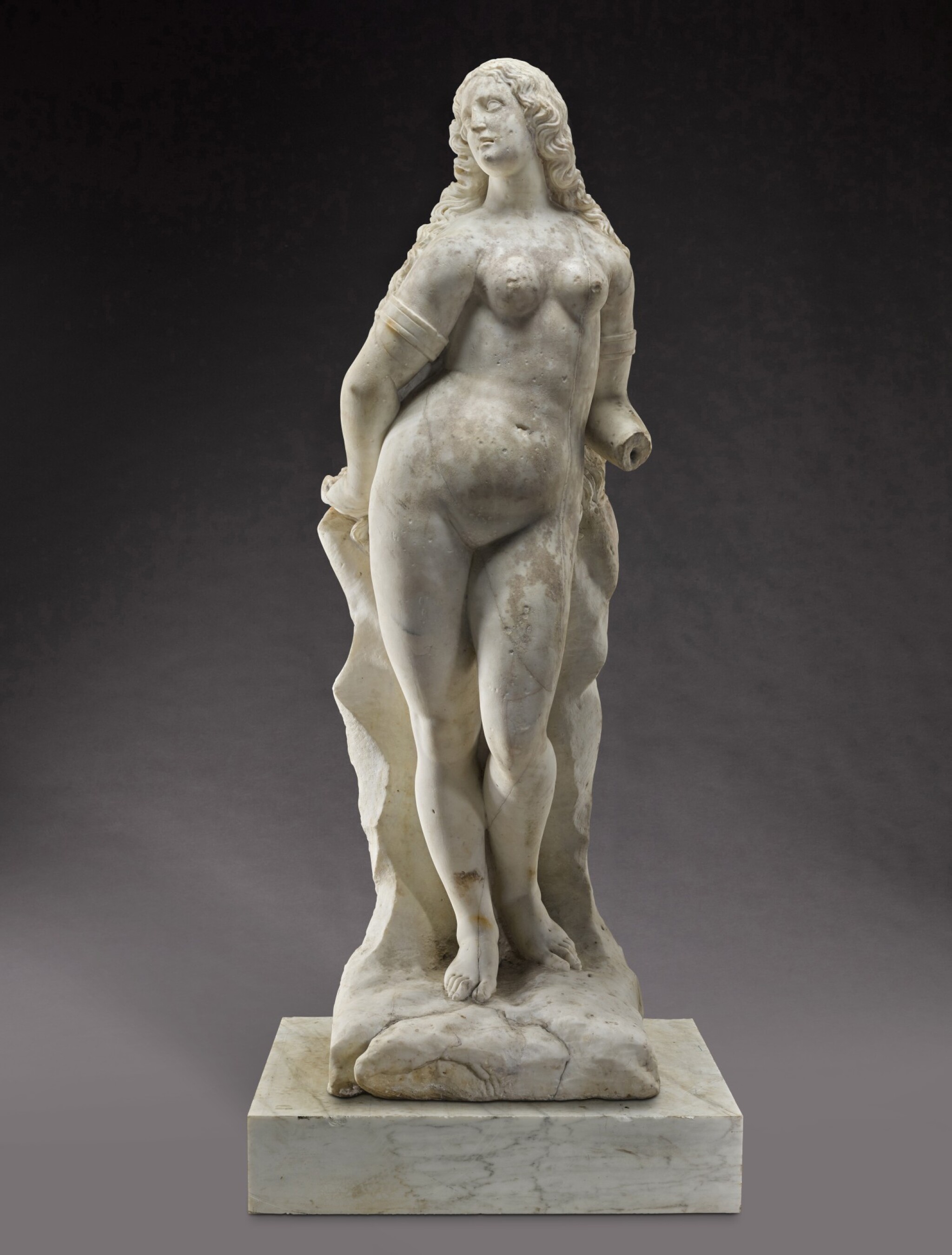 marble, with a marble base

Consistent with former placement outdoors, there is weathering and mottling to the marble surface throughout. The surface has a coarse texture and there are small nicks and abrasions throughout. The proper left hand is lost. There is restoration to the nose and also to the proper right foot. There are several slightly open veins or fissures in the marble, notably to the proper left leg and the proper right foot and integral base. There is a joint with fill running along the proper left side of the figure, this appears to be a reinforced and concealed crack in the marble. There are various chips and minor losses, including to the base. Otherwise the condition is good consistent with an outdoor sculpture.

Please note that this lot will be sent to our Greenford Park warehouse following the sale.

With Chaucer Fine Arts, 2004 (where attributed to Cristoforo Stati)

Gillis van den Vliete, known as Egidio della Riviera, was a Flemish sculptor who is first recorded working in Rome in 1567. A contemporary of Cristoforo Stati, to whom this figure of Andromeda was previously attributed, van den Vliete was also closely involved in the restoration of classical sculpture and executed several monuments in churches in Rome, such as Santa Matria dell'Anima, Santa Maria Maggiore and San Giovanni in Laterano, as well as the tritons in the Fontana del Moro in the Piazza Navona. In the present figure classical inspiration is tempered with a naturalism of form and composition recalling the nudes of Giambologna but without that artist's posed symmetry.

The present statue was attributed to Cristoforo Stati when it was with Chaucer Fine Arts based on a comparison to Stati's Mary Magdalene with which it shares certain characteristics.