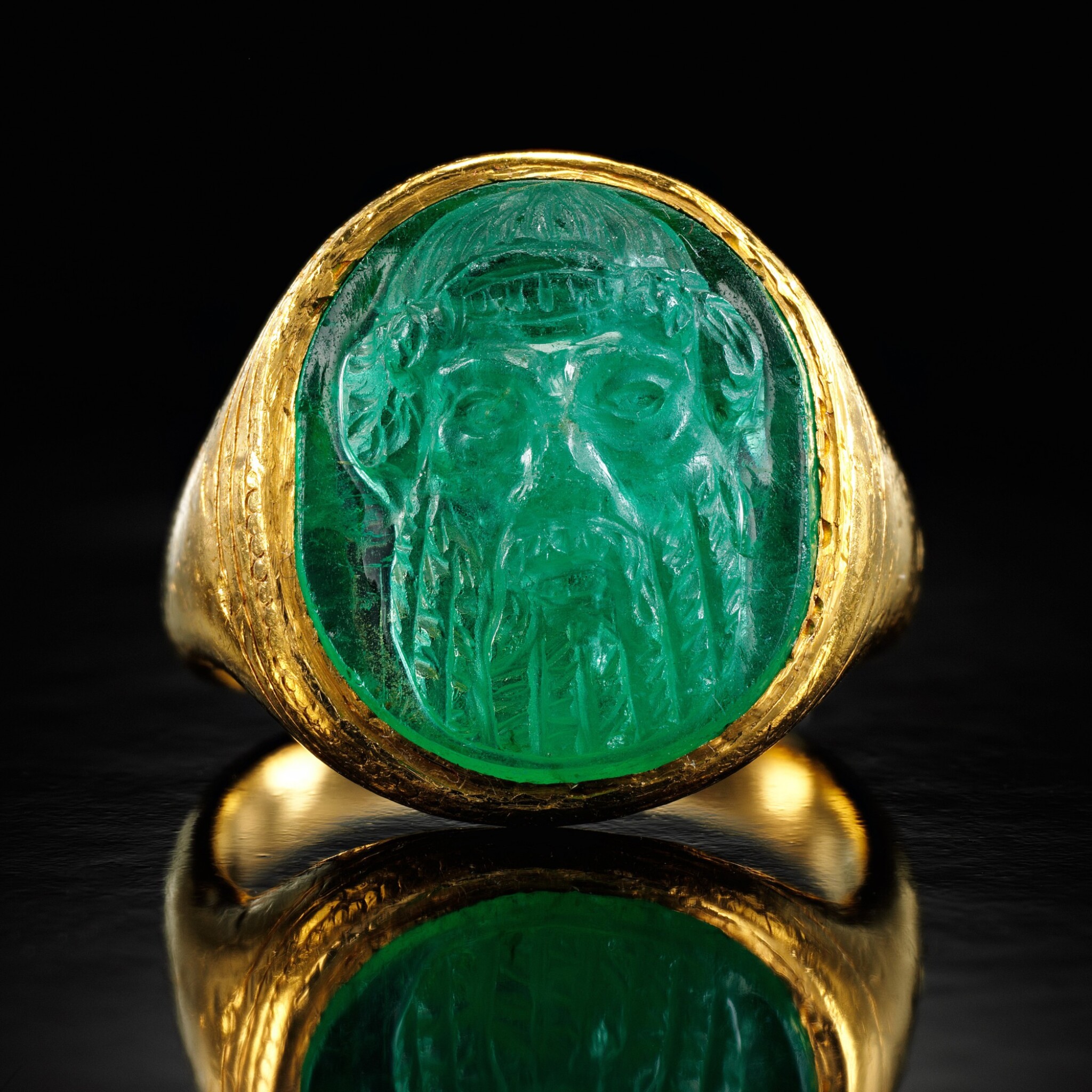 Cameo with a Bearded Mask

the ring with a French owl import mark 75 for Paris

Overall in good condition with some surface dirt and wear consistent with age. There are some abrasions to the high points of the carving. A few further very minor nicks and chips. Small nicks and scratches to the mount, some warping to the hoop. Sold with an octagonal box.

This intriguing cameo shares obvious affinities with ancient glyptics representing comic or tragic theatre masks. See, for example, the 1st-century BC red sard intaglio with a mask of a satyr, formerly one of the Marborough Gems. Whilst it is possible that the present gem could be earlier, it is reminiscent of 17th-century gems with similar heads. Compare with the Italian late 16th/ early 17th-century Bacchus in the Royal Collection (inv. no. RCIN 65173).