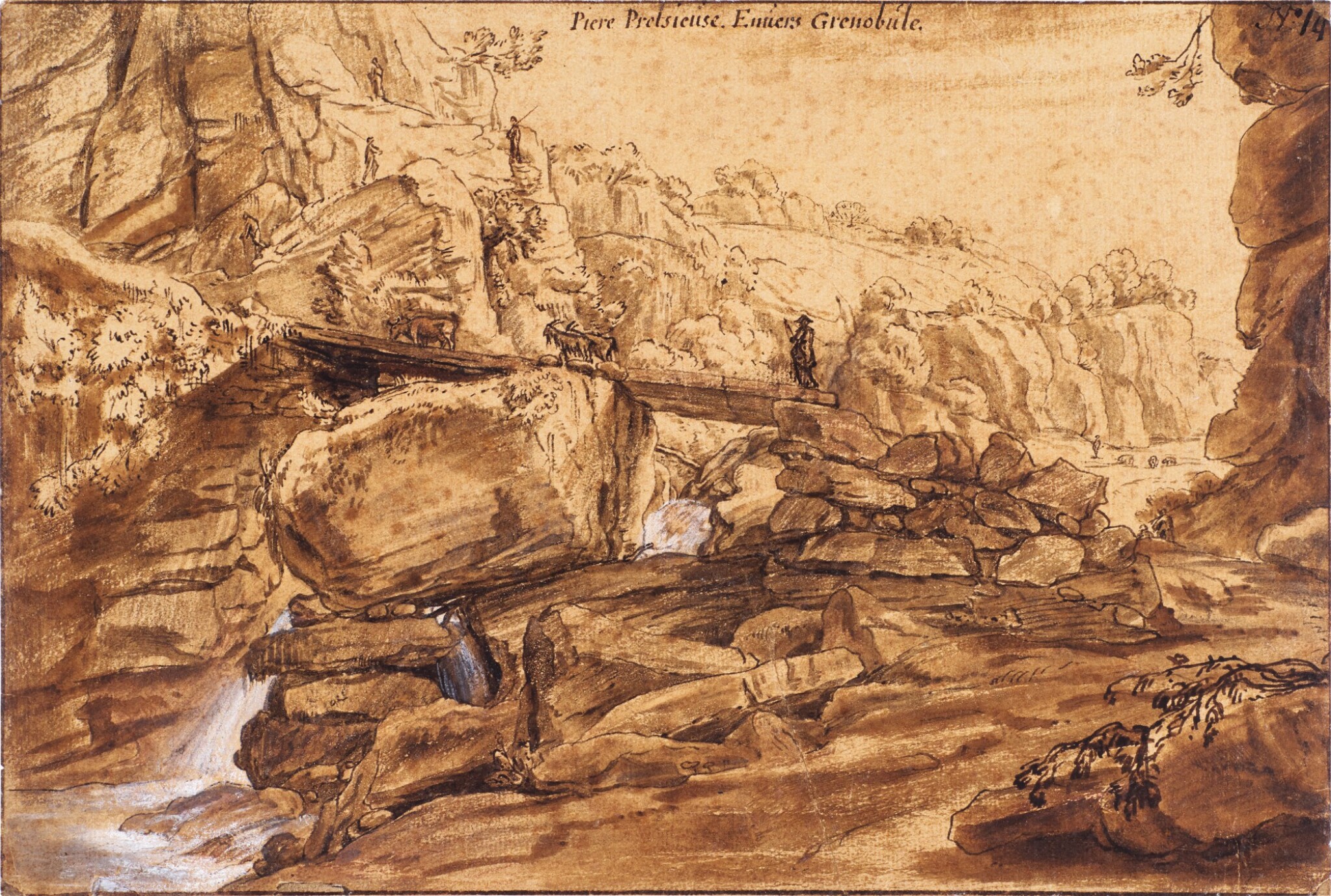 Pen and brown ink and wash, heightened with white, on paper washed reddish-brown;

Laid down. Some light scattered foxing across the sheet, mainly visible in the upper right section in the sky. There are a number of small losses/tears; there is a section at the right margin that has been made up and losses at the lower margin. The tips of the lower left, lower right and upper right corners are missing. There is some light rubbing/abrasion at the upper left section. There appears to be a repaired tear running from the bottom of the rocks to the lower margin, near the centre of the sheet. Despite these condition issues the media is strong and vibrant. Sold framed.

With Alister Mathews, by 1956,
where acquired by Michael Ingram (bears his collectors mark, not in Lugt),
by whose executors sold, London, Sotheby's, The Ingram Collection: Drawings and Watercolours from the Collection of the Late Michael Ingram, 8 December 2005, lot 12

A substantial group of topographical drawings depicting English, French, Italian and Dutch views, all in the same distinctive media and many bearing identifying inscriptions of the type seen here, have been tentatively linked with the name Michiel van Overbeck, on the basis of the initials, MVO, with which a number of the drawings are signed on the reverse.

This scene may be compared to two other views of waterfalls near Grenoble by Overbeck which were sold, London, Sotheby's, 18 November 1985, lots 40 and 41. These were engraved in reverse by Johannes Glauber, as part of a series of six plates.1 The present drawing is not directly related to any of the prints in this set, but its composition and format are very similar.