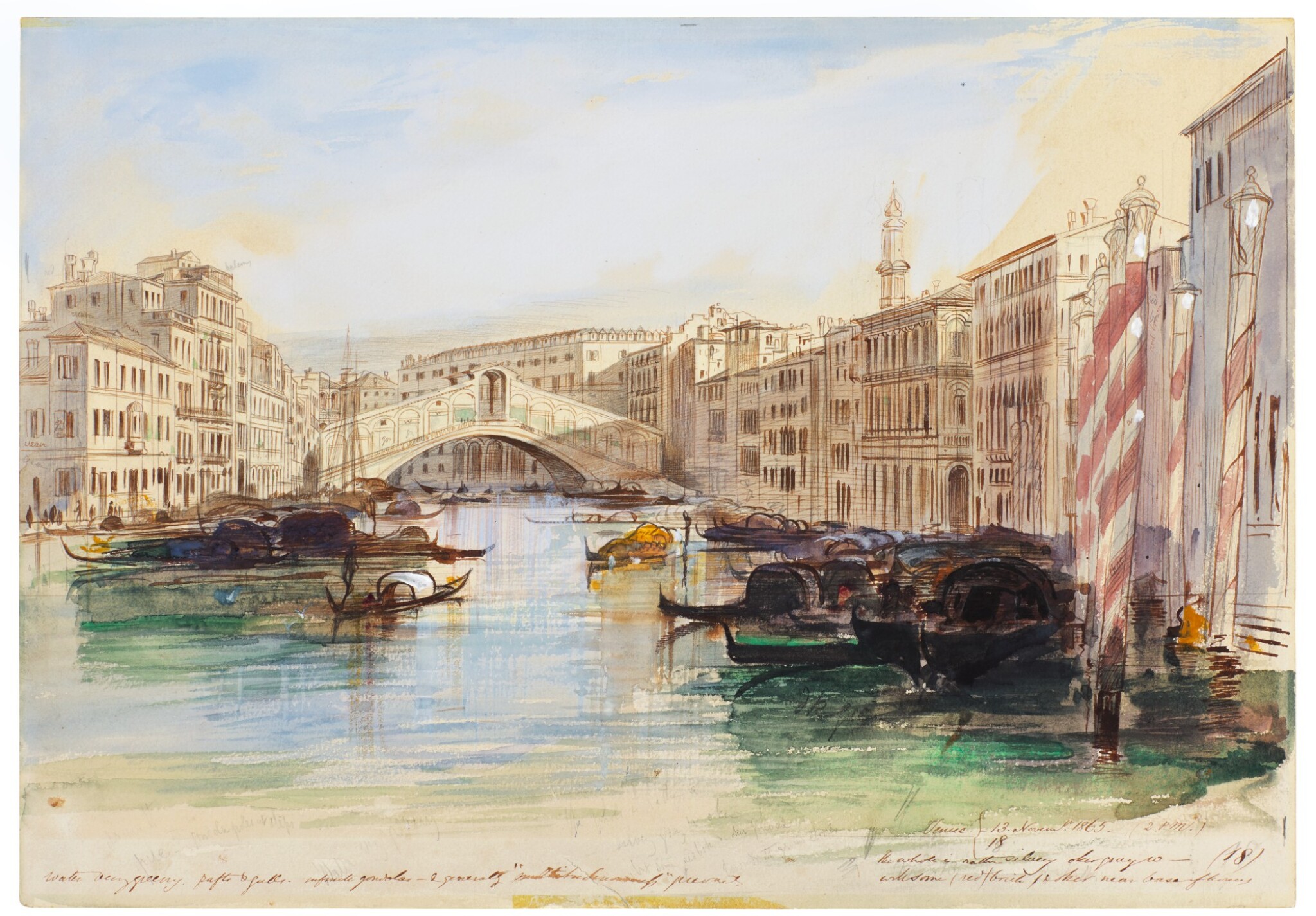 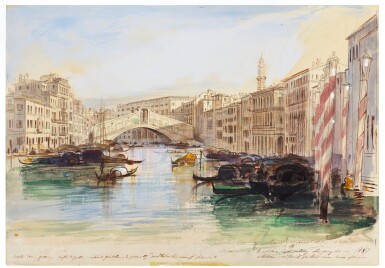 Pen and brown ink and watercolor over pencil;

The present watercolor was drawn during Lear’s second trip to Venice in 1865. He first visited the city in 1857 and was not particularly impressed. In a letter to his sister, Ann, he complained greatly of the ‘stinking canals’ and revealed that ‘Cooke’s and Canalette’s [sic] pictures please me far better than the actual appearance of the city.’1His return in 1865 was prompted by a commission from Lady Waldegrave to make an oil painting. During this trip he was far more impressed, particularly by the architecture and abundance of color. On 13th November, the day he drew the present watercolor, he rose early, ‘had a cup of cafe noir in the hotel – and then got a gondola for the day. First drew S(anta)-M(aria) de S(alute) by [the] Doge’s Palace – then from the Iron Bridge… but it was very cold.’2 The cold weather also brought with it a number of days of bright sunshine which reflected off the water in the canals and changed the character of the city, causing Lear to exclaim ‘anything so indescribably beautiful as the colour [sic] of the place I never saw’.3

This watercolor was once owned by Charles and Barbara Robertson who married in 1935. They were both heirs to confectionary fortunes. He was the great-grandson of James Robertson, the Scottish founder of the jam firm and she was descended from Dr Joseph Fry, who is credited with selling the world's first chocolate bar in 1847.