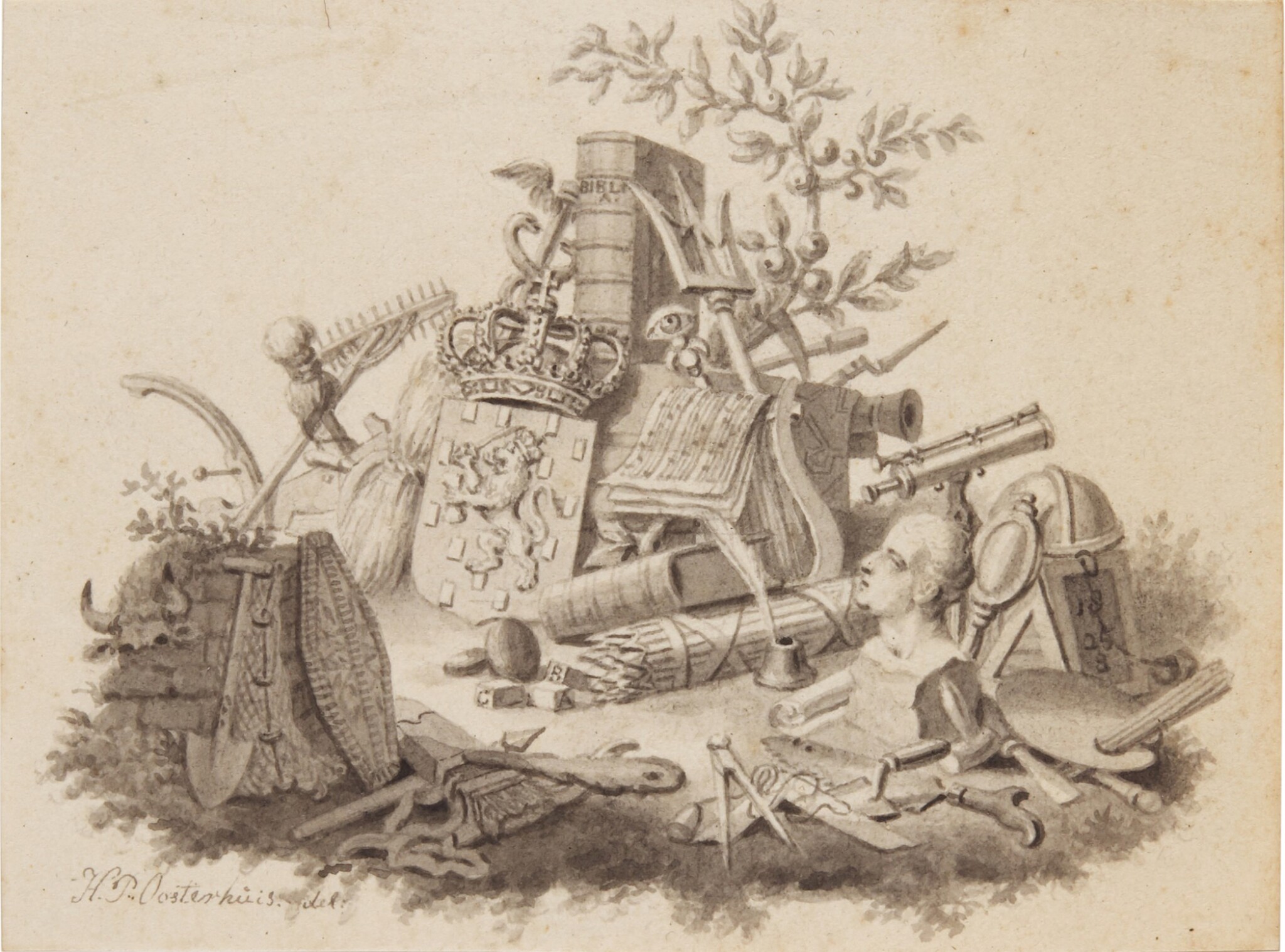 All pen and grey ink and wash; 5 drawings with pen and brown ink;

the majority signed and some dated, all mounted on card with numbering in pen and brown ink

All mounted on the card, measuring 255 by 169 mm. The majority in very good condition, most drawings free from staining and media strong and vibrant throughout. Some of the mounts have some staining and have discoloured around the edges. All sold unframed.

Sale , 2 June, 1988 (according to information provided by the present owner, sale location and auction house unknown)

This interesting series of thirty-six book illustrations by Haatje Pieters Oosterhuis offers the viewer a fascinating insight into his infrequently seen drawings, as well as the extraordinary breadth of subject matter that he depicted in his work.

Though his formative years were spent at the Groningen Drawing Academy, presumably in anticipation of a career as a specialist landscape or portrait painter, it is through his book illustrations, many of which were created for kinderboeken (childrens' books), that Oosterhuis is today best known.

Apart from a similar series of 20 designs which were sold at Sotheby's New York in 20191 and a group of some 80 original designs by the artist, today housed in the archives of the Amsterdam publishers Ten Brink and de Vries,2 large groups of drawings by Oosterhuis are simply unknown.