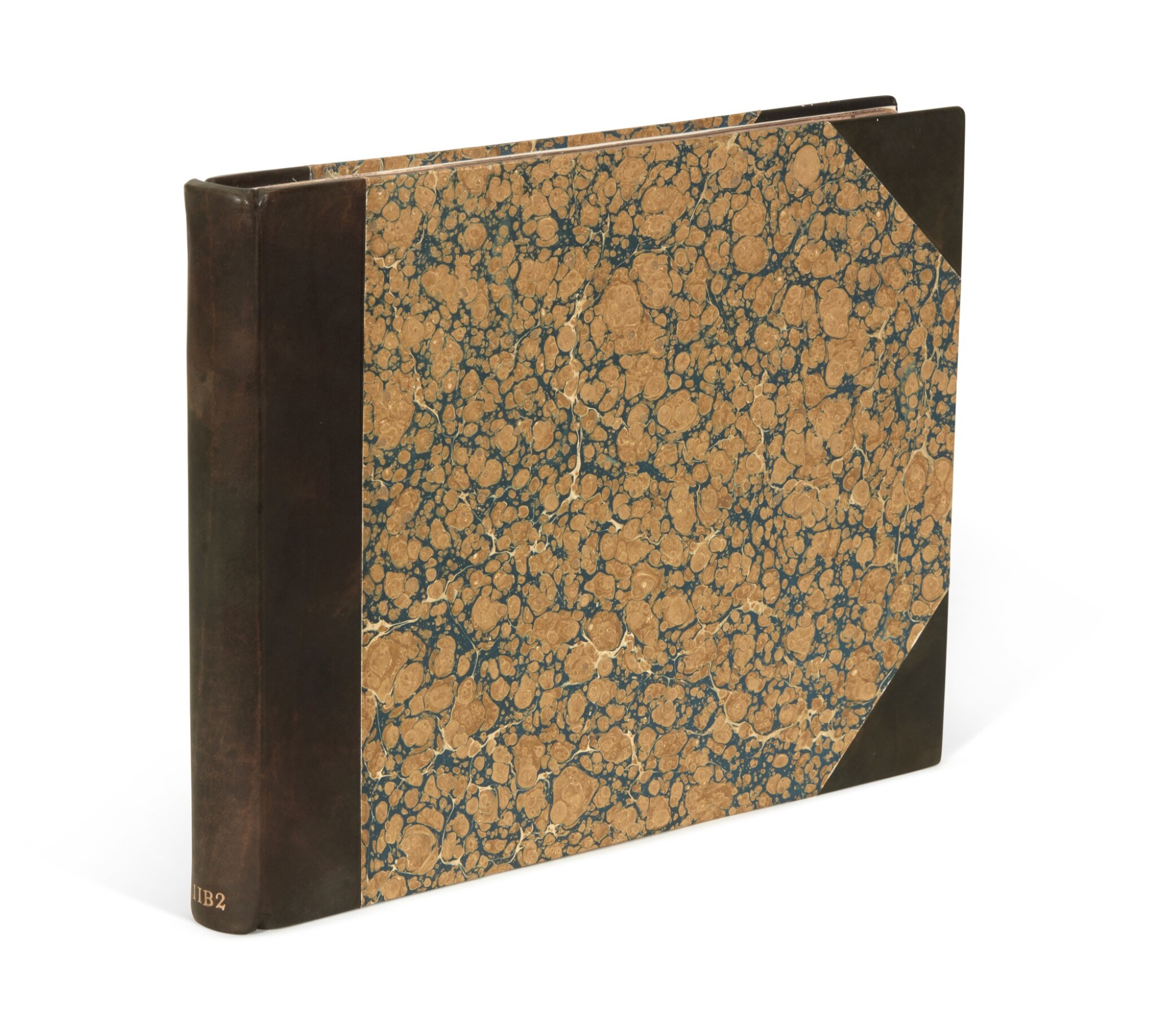 Important eighteenth-century manuscript of German, Austrian and French lute music, CONTAINING 249 PIECES FOR THE SOLO LUTE BY OVER 24 COMPOSERS, in French tablature, INCLUDING AROUND 50 PIECES BY SILVIUS LEOPOLD WEISS, THE GREATEST COMPOSER FOR, AND PERFORMER ON, THE LUTE IN THE EIGHTEENTH CENTURY, WHOSE MUSIC WAS AN INSPIRATION FOR JOHANN SEBASTIAN BACH

ONE OF THE MOST IMPORTANT LUTE MANUSCRIPTS OF THE EIGHTEENTH CENTURY.

THIS IS A MAJOR SOURCE FOR THE MUSIC OF THE GREAT BAROQUE LUTENIST S.L. WEISS, CONTAINING AROUND 50 PIECES BY HIM, OF WHICH 19 ARE UNIQUE TO THIS SOURCE.

THE MANUSCRIPT IS UNPUBLISHED IN ITS ENTIRETY AND HAS NEVER BEEN STUDIED COMPREHENSIVELY.

This celebrated manuscript, one of the great treasures of the Dolmetsch Library, is a major source for many pieces by perhaps the greatest of all lutenists, Silvius Leopold Weiss (1686-1750), from 1717 onwards a member of the chapel at the Saxon court in Dresden. The composer of more than 750 pieces ranging from galanterien to large-scale concerto movements, Weiss enjoyed a close musical relationship with J.S. Bach, whom he may have first met in Cöthen in 1719 (Bach evidently admired Weiss's sonatas, arranging one of them as a duo for harpsichord and violin: BWV 1025). In importance as a source for the music of S.L. Weiss, the manuscript ranks with Add. MS. 30387 in the British Library, a 159-leaf manuscript of dance and other music for lute partially in the hands of Weiss and his brother Sigismund, probably compiled in Prague between 1717 and 1724.

The present volume is beautifully copied throughout in a fluent, neat hand. While the musical contents range from a fairly wide period (c.1680-c.1750), the actual copying appears to have taken place over a much shorter space of time. The repertory covered includes most of the chief composers of lute music in the first half of the eighteenth century. Some of the less widely-encountered names here, such as Bohr, Fux, Ginter, (Gottlieb?) Muffat, Orsler and Pichler, are perhaps indicative, as Tim Crawford has noted, 'of an origin in Bohemia or Austria rather than southern Germany, though this must remain conjecture until the watermark can be positively identified'. It would appear that, as many of the above composers were still composing into the middle of the eighteenth century, the manuscript may have been compiled as late as c.1750, although most of the music was seemingly composed between around 1720 and 1740. Although many of the pieces in the volume are worthy of comment, one, the unattributed Capriccio on pp.83-84, may be highlighted here. This fine G-major movement - quite likely by Silvius Leopold Weiss himself - has an opening 2-bar motive which is almost identical to that of the prelude of Bach's sixth partita, in E, for solo violin, BWV 1006 (1720): could the former have inspired the latter, perhaps?

The instrument catered for in the manuscript, with a few exceptions, was a 12-course D-minor-tuned lute. The tablatures are generally grouped by key - a practical arrangement, enabling the pieces to be played consecutively without having to retune the bass courses. The pieces are typically assembled into multi-movement so-called Suonaten or Partien; the dance movements which figure here (some quite extended) include the allemande, courante, bourrée, sarabande, minuet, gigue, chaconne, passepied and capriccio.

We are pleased to acknowledge the kind assistance of Professor Tim Crawford in our cataloguing of this lot.

Private library of the Dolmetsch Foundation, Haslemere, Surrey, UK; acquired by Arnold Dolmetsch on 10 December 1898 ("...Exchanged for a Lute..."); Thomas William Taphouse (1838-1905). In 1885 the manuscript was loaned to the International Inventions Exhibition, London, which in that year was largely devoted to musical instruments