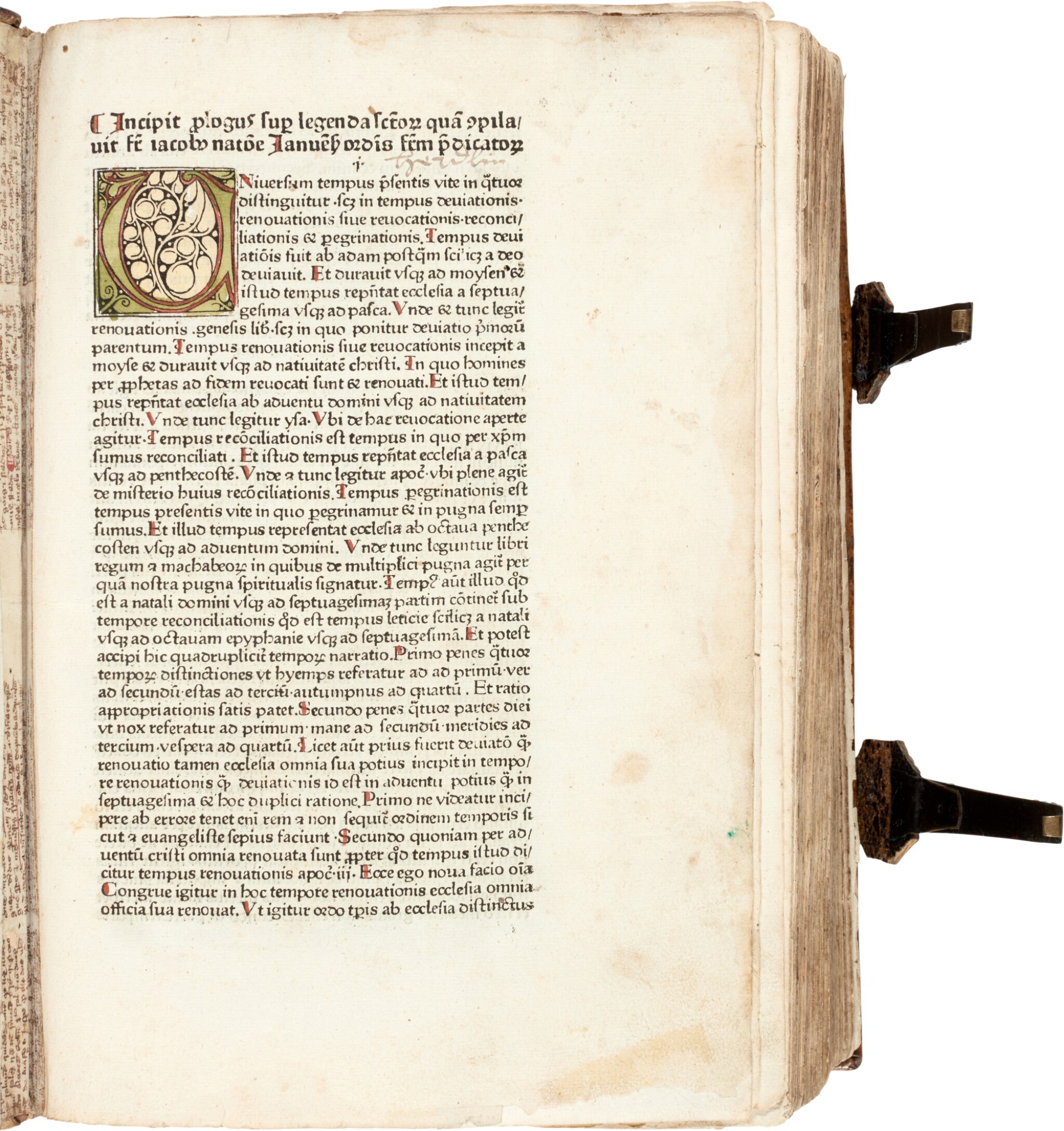 A FINE COPY OF THE GOLDEN LEGEND, AN EARLY ILLUSTRATED EDITION, with coloured illustrations and with Voragine's text complete. The woodcuts were previously used for the German text edition printed by Zainer in two parts in 1471-72, attributed to the Boccaccio-Meister and the Bämler-Meister, and are considered the first Augsburg book illustrations; indeed, they are among the earliest series of book illustrations anywhere, preceded only by Pfister in Bamberg.

This edition is rare on the market, particularly with the text complete and in a contemporary binding.