Property of a Distinguished Connoisseur 顯赫典藏 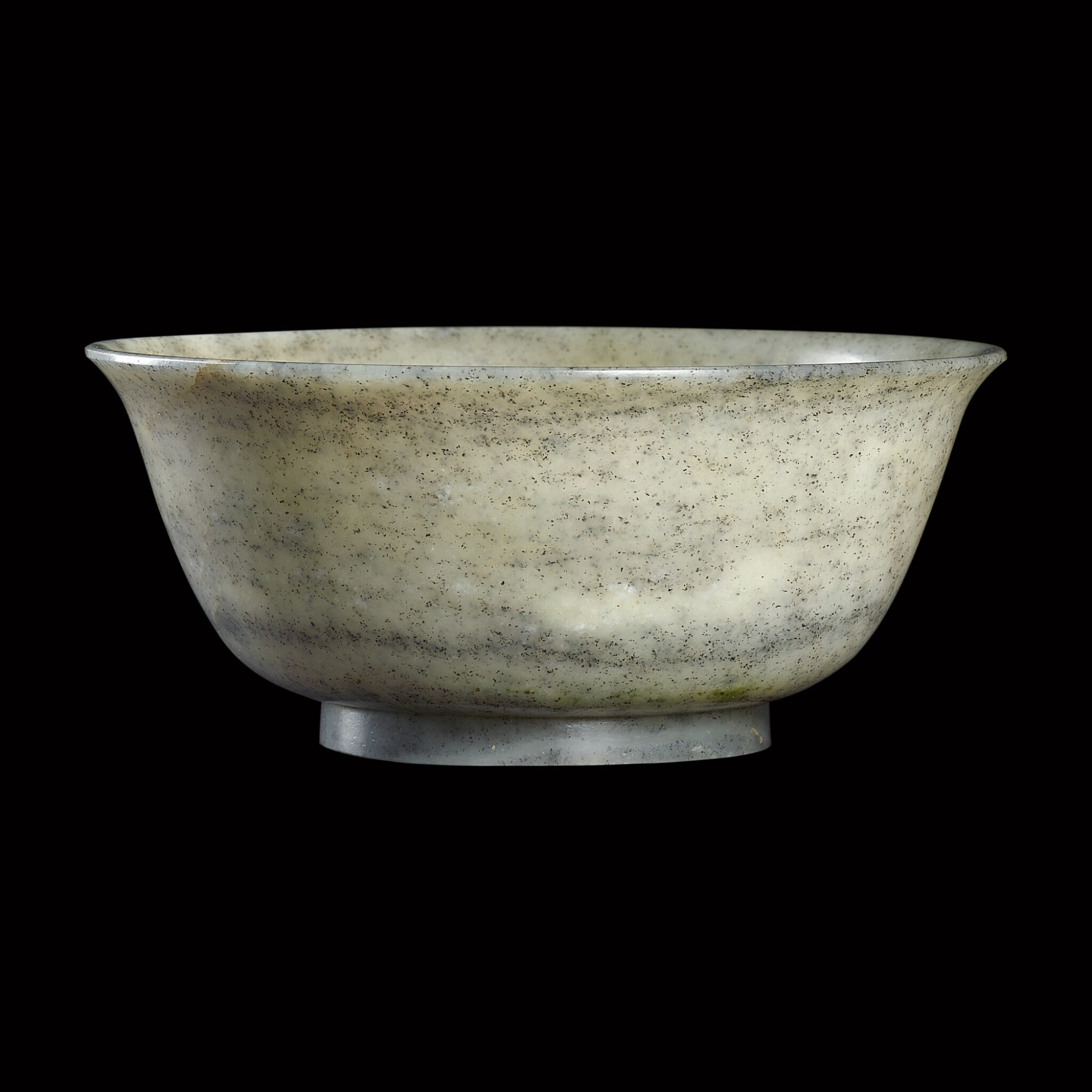 Property of a Distinguished Connoisseur 顯赫典藏

Property of a Distinguished Connoisseur

the mottled grey stone with dark speckles and cloudy inclusions, worked with deep rounded sides rising from a slightly splayed foot to a flared rim, the base with a gilt-incised six-character seal mark, wood stand

The bowl is in good condition with just light surface wear to the interior and few insignificant nibbles to the foot.

With a flared rim, robust, deep sides and a neatly trimmed footring, the bowl is finely finished to a smooth and tactile polish. The absence of decoration draws attention to and enhances the translucency of the stone, in accordance with the aesthetics of Qianlong Emperor, whose obsession with jade was unparalleled.

The Qing imperial court archives, dated to the 4th month of the 18th year of Qianlong period, register the Emperor's commissioning of a hundred pieces of jade bowls and tables respectively, to be carved from the boulders in the imperial treasury. Despite the considerable presence of jade wares in the imperial court, they were reserved exclusively for the Emperor and his limited entourage. As recorded in the Court History (Guochao gongshi) of the Qianlong period, where the exact amount of various types of vessels allowed for each court member is specified, only the Empress Dowager and the Empress were entitled to a set of “jade bowl with a gold stand”; jade was forbidden from all other consorts of the Emperor. On the occasion of feasts, the use of “jade bowls and golden plates”, in sets of two, was also restricted to only when the Emperor was present.