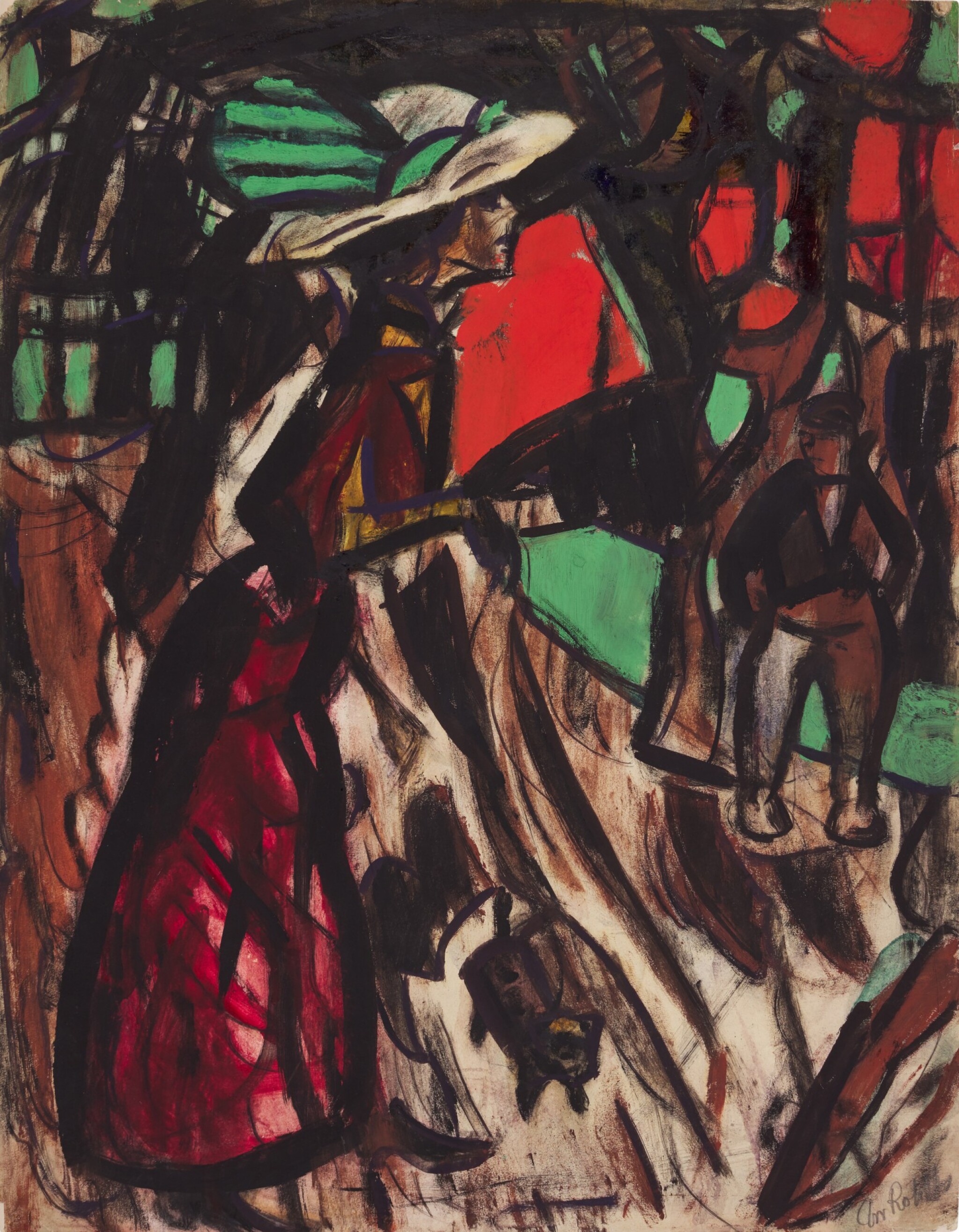 (Street Scene with a Woman, Encounters)

gouache and ink on paper

Please note that this work will need to travel to the Christian Rohlfs committee shortly after the sale and will therefore be available for pick up at a later stage.

Christian Rohlfs was a German expressionist painter, who evolved from the academic and impressionistic style to the expressionist execution influenced by the Brücke group. He was foremost important for the area of North Rhine Westphalia, predominantly Hagen, where to in 1901 the renowned collector Karl Ernst Osthaus invited him to set up his studio.

His works are dominated by the use of strong colours, in particular the application of the complimentary colours red, blue and green. Furthermore, strong brushstrokes and thick lines are significant for his characteristic style in his compositions. In the present work these characteristics create an extraordinary juxtaposition in the execution between his impulsive dynamic lines and the depiction of elegance in the lady in her read dress and her hat.

The movement of the woman with her dog about to cross a street in Strassenszene mit einer Frau, Begegnungen, has coagulated in a unique way into a standstill of almost magical concentration. The slender back figure of the woman in a sonorous reddish robe that plays into blackness remains upright in front of a busy exterior scene. The figures she encounters during her stroll radiate something mysterious, since one perceives them only as sketched outlines. The fascination of the subject of a woman strolling as seen in the present work was also famously capture by another contemporian of Rohlfs, August Macke. His celeberated work such as Der Hutladen from 1914 which is part of the collection of the Museum Folkwang in Essen shows a metropolitan scene with an elegant lady wearing an elaborate hat while she is strolling. These street scenes thus represent the real artistic discovery of the metropolis with the flâneur who becomes a figure of longing for a decelerated life in an increasingly confusing world.