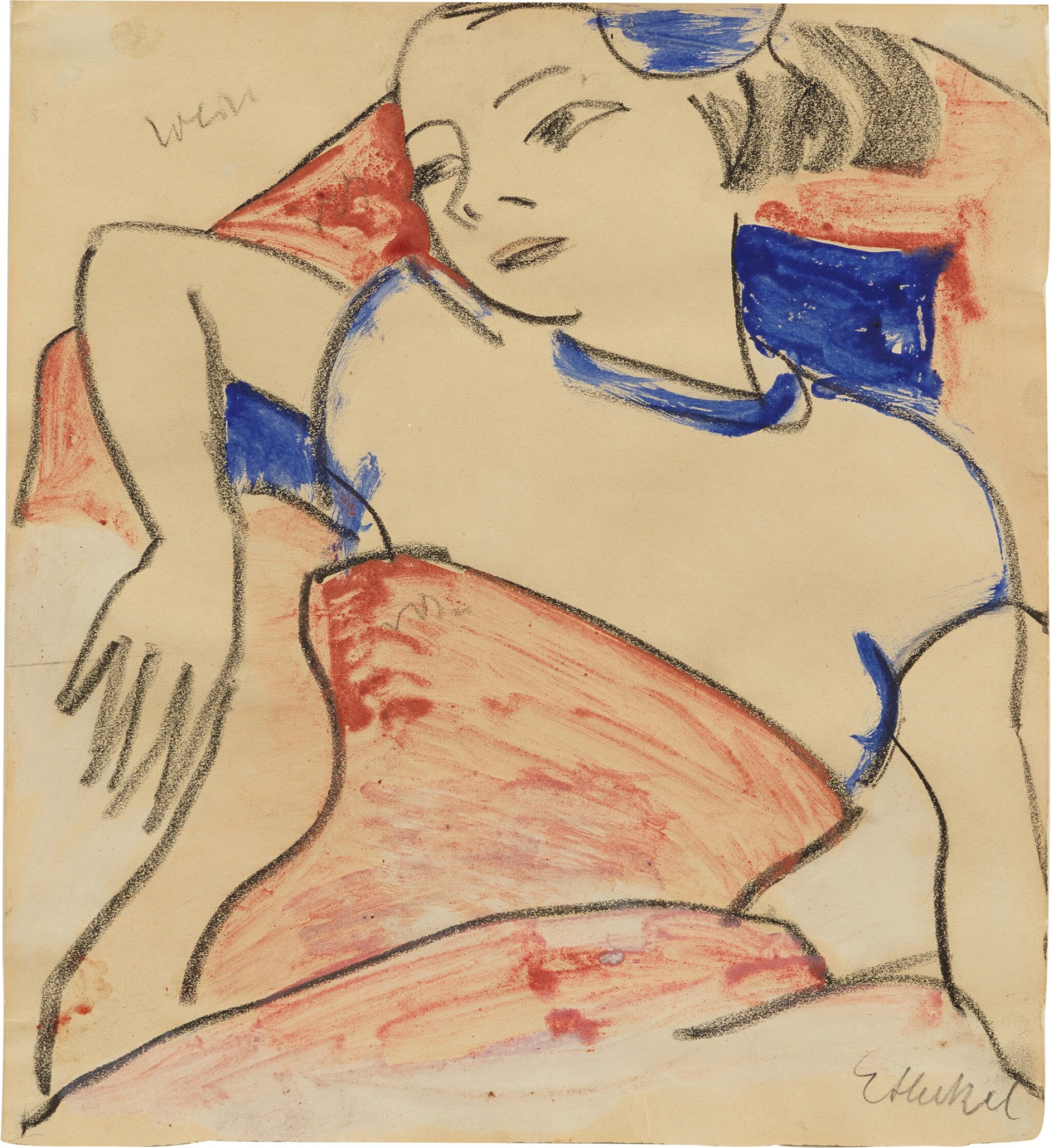 watercolour, gouache and chalk on paper

The authenticity of this work has been confirmed by Hans Geissler and Renate Ebner at the Nachlass Erich Heckel.

“Liegende” was created between 1910 and 1912 and portrays Milda Frieda Georgi who the German expressionist artist Erich Heckel met 1910. She was a dancer and subject of several of his portraits, which often have a sensual even erotic component, making spectators feel like voyeurs. The present watecolour was executed in their early years together, when they moved together from Dresden to Berlin. From their first meeting on, Georgi, who’s artist name was Sidi Riha, became one of his most important models and was depicted in many of his female figures. Nevertheless, her name was rarely mentioned in any title of his works, which adds a layer of the psychological complexity and possible interpretation to Heckels works.

In the present work Heckel created colourful geometric blocks by using strong black lines to frame surfaces from each other and partially fill them with colours. With this expressionist technique he left individual colour values next to each other, creating a simplistic colour scheme by contrasting the two primary colours blue and read with white. After a first glance at the sheet one might say that the artist did not make use of the colour white, but the visible paper surface was designate as “white” by the artist and written directly on the work with pencil, in the upper left corner.

Without mentioning her name in the title, Sidda was also subject of a strikingly similar watercolour by Heckel from 1910. Named “Schlafende” this work shows Heckel’s model being asleep. Contextualizing the works, it appears as if the inspiration for both works might have emerged sequential.