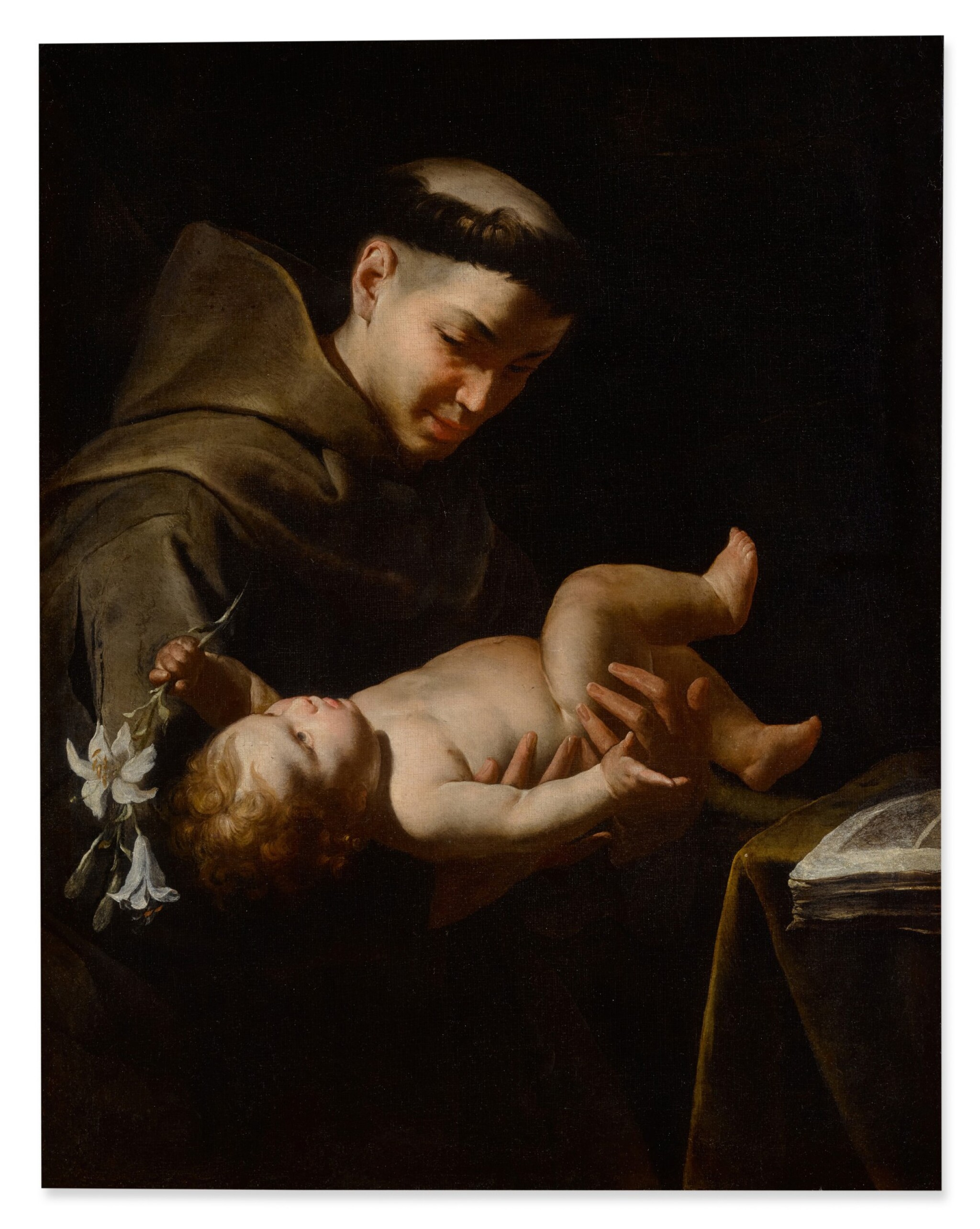 This luminous Vision of Saint Anthony of Padua is a mature work by the Neapolitan artist Bernardo Cavallino and can be dated to about 1645. Cavallino explored this subject on a few occasions, although this is the only example where he records the saint tenderly holding the Christ Child, as a father would a son.1 The artist’s largely restrained palette to capture this scene is enlivened by subtle tones of peach, green, and white, and a dramatic light illuminates both figures against the dark background. The light directs attention towards Saint Anthony’s downturned face, imbued with an expression of sweetness and awe, as well as the lifelike Christ Child holding lilies, a symbol of purity.

While little documentary evidence of Cavallino’s life and work exists, the eighteenth century biographer Bernardo de Dominici considered him one of the most important painters in Naples in the seventeenth century, lauding him as the "Neapolitan Poussin" and a mixture of Guido Reni, Rubens, and Titian.2 Training possibly with Massimo Stanzione, Jusepe de Ribera and Aniello Falcone, Cavallino developed an individual style notable for its refinement and virtuosity. He primarily specialized in complex and dramatically lit small-scale works for the private sphere, seemingly eschewing large scale public commissions for much of his mature career. In addition to mythological and historical themes, Cavallino focused on religious subjects, as is the case in the present canvas.

Along with Saint Francis of Assisi, Saint Anthony became one of the most popular subjects of Counter Reformation art. Devotional images that recorded the saint’s important vision paralleled the spiritual teachings of Saint Ignatius of Loyola, and such works proved popular in Spain and Naples, where the subject was regularly explored by other artists such as Alonso Cano, Murillo and Ribera. Interesting visual similarities can be drawn between the present composition and a sculpture of the same subject by Pedro de Mena and Alonso Cano.3