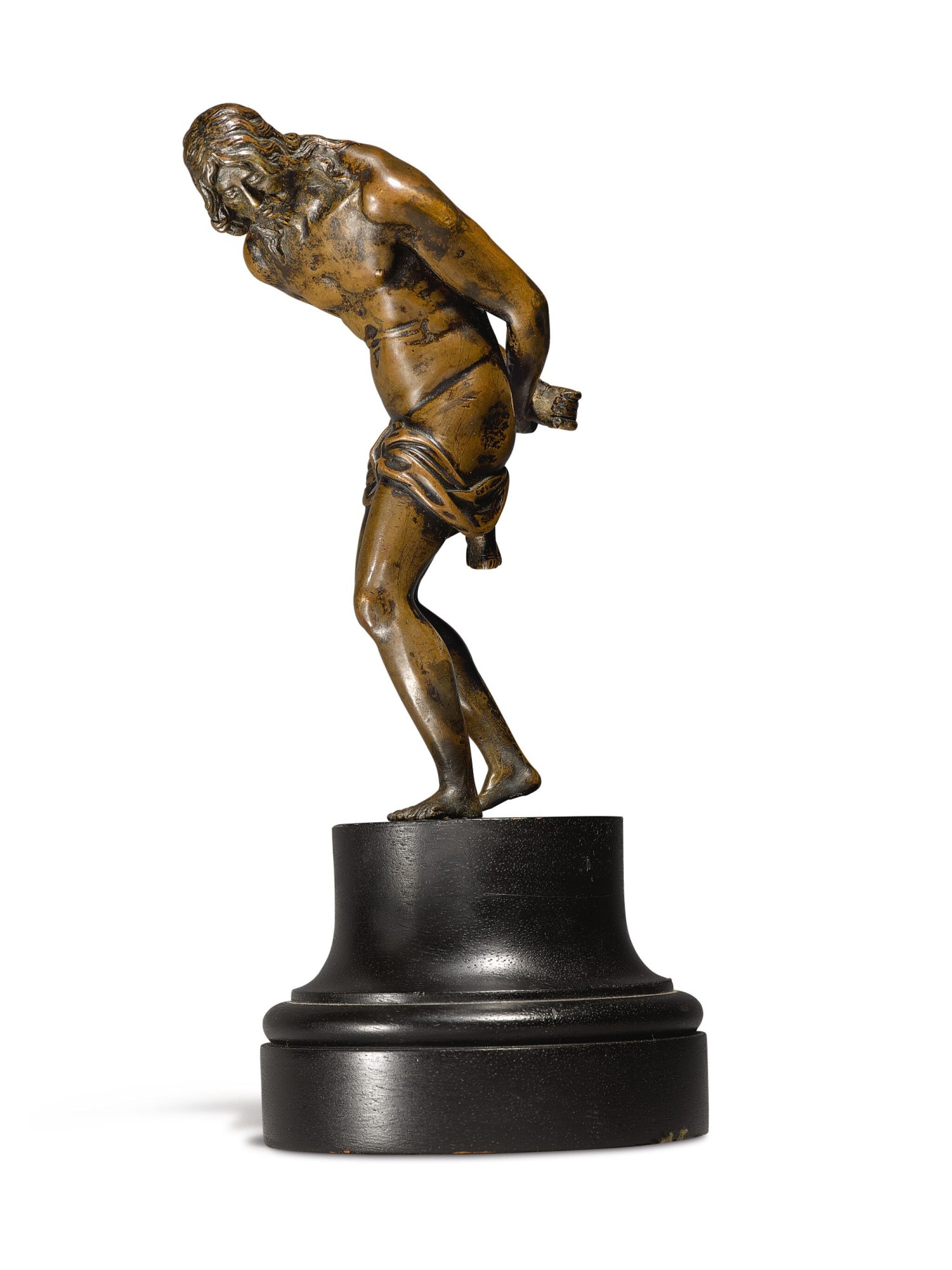 Overall general surface abrasions/dents. Olive-gold patina beneath remains of reddish brown lacquer. Old lead repair to ankle area on his proper left leg and on the side of the lower leg. Some dents on his buttox. The piece needs re-affixing to the base. Some losses to base

As Avery notes, the present model was attributed to Giambologna on the basis of the strong modeling of the body and the hands of the figure but is more likely to have been cast by a younger follower. There are at least two other identical versions, both of which were attributed to Antonio Susini, the first was from the Beit Collection, sold in Christie's, 7 December 2006, lot 197 and another formerly in the Barbara Piasecka Johnson Collection and exhibited at the Royal Castle in Warsaw. This model has been also variously ascribed to a French sculptor, perhaps associated with Prieur, due to the attention to detail, facture and color of the casts.

C. Avery and A. Radcliffe, Giambologna. Sculptor to the Medici, exhibition catalogue, London, Edinburgh, 1978, cat. no. 96