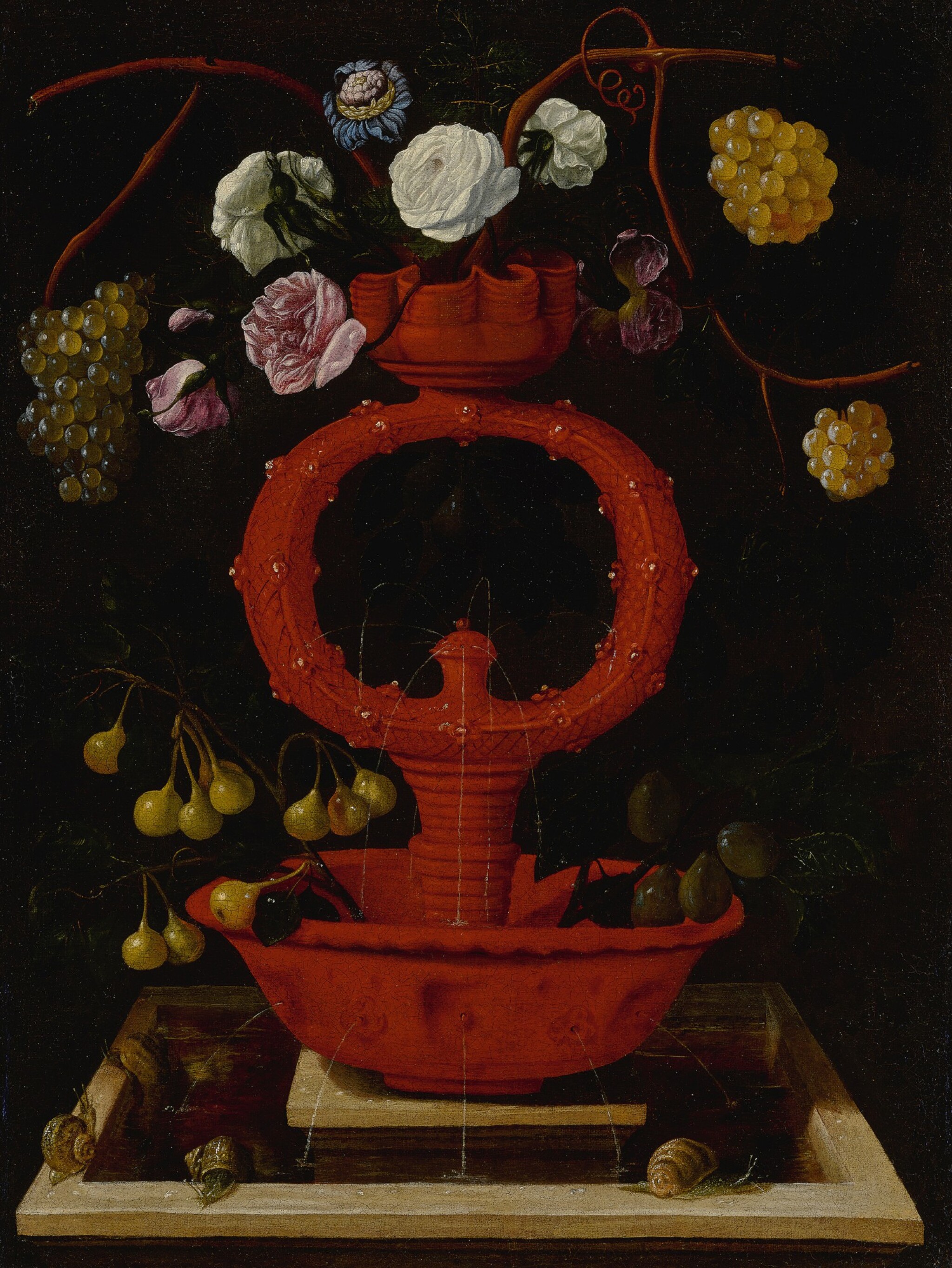 This work is generally in very good condition. The canvas has an old lining which is still stabilizing the paint layer. The surface has an attractive texture. The paint layer is clean and varnished. Retouches are clearly visible under ultraviolet light, mainly to small cracks in the lighter colors and slight weakness to the brown background around the elements of the still life throughout. There are some scuffs to the varnish around the edges which could easily be corrected, but the work should otherwise be hung in its current state.

Little is known of the rare and talented still life painter Juan de Espinosa, though it is generally thought that he was active in Madrid in the mid-seventeenth century, alongside artists such as Juan van der Hamen and Antonio Ponce. Espinosa has sometimes been confused with the painter Juan Bautista de Espinosa (c. 1585-1640), who was mostly a painter of altarpieces; Juan Bautista de Espinosa's signed and dated still life of 1624 was the likely source of this confusion.1 Juan de Espinosa's oeuvre, however, should be considered separately and has been traditionally based on two still lifes now in the Museo del Prado, the first depicting bunches of grapes, apples, and a ceramic vase on a ledge;2 the second, smaller panel depicting a bunch of grapes with a dead finch on a ledge.3 A painting in the Louvre, which includes many of these elements as well as a red vase similar to that in the present work, was the first signed painting by the artist to be discovered when it was given to the museum in 1973.4 These still lifes are generally dated to the 1630s, though some scholars have suggested the possibility of later dates as well. In the catalogue for the 1998 sale (see Provenance), the attribution of the present painting was confirmed by Bill Jordan.

The fanciful red earthenware vase in the Marion painting is most certainly from Tonalá, Mexico. These remarkable vases were imported into Europe in the early seventeenth century, particularly to Spain, and elaborate examples were incorporated into still lifes by artists including Antonio Pereda, Juan van der Hamen, and Antonio Ponce as well.