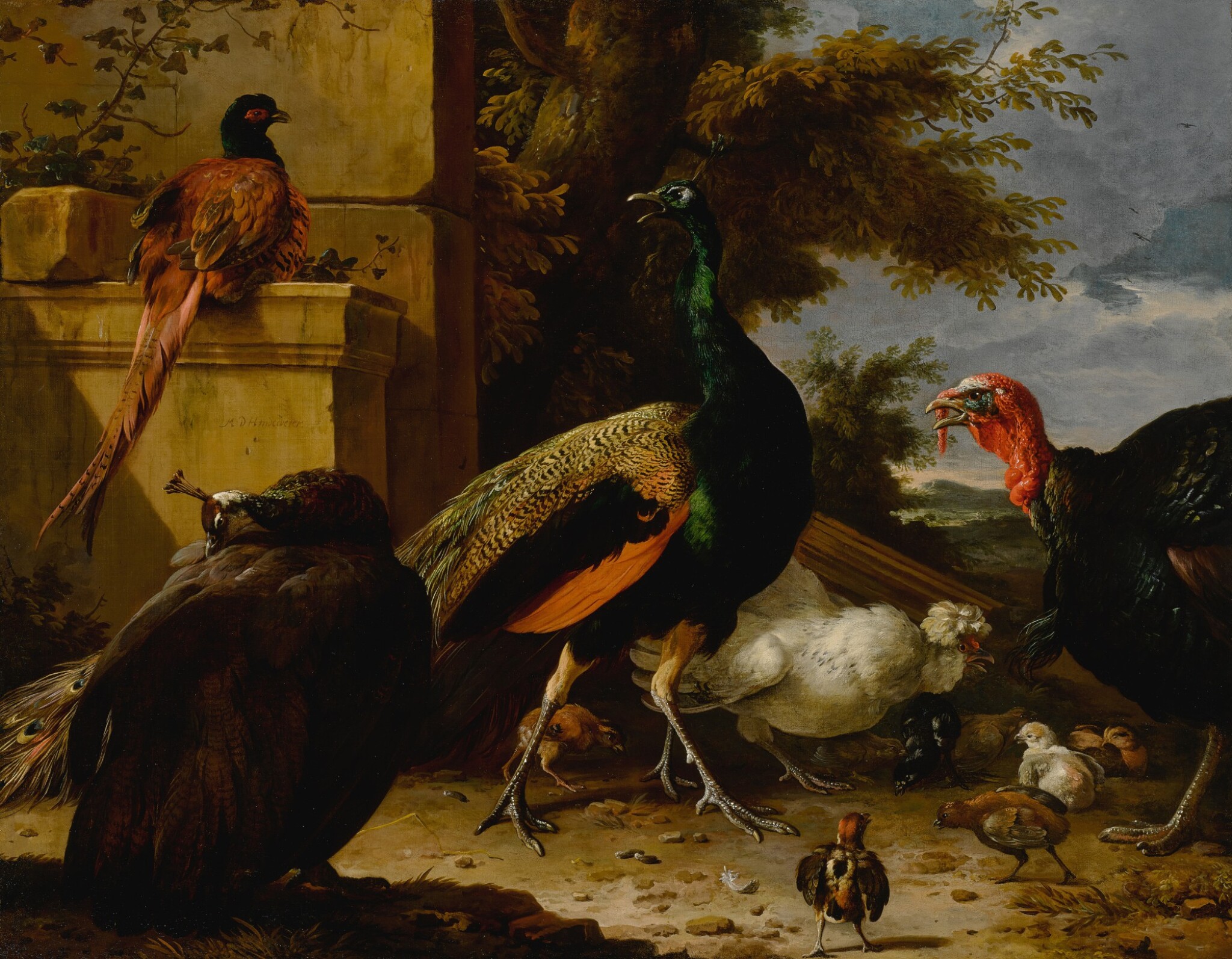 This work is in very good condition. The lining is nicely stabilizing the paint layer. There is a diagonal restoration of about 4 inches in length to the left of the beak of the green peacock, which probably addresses a break in the canvas. Hardly any other retouches are visible under ultraviolet light. There are no signs of abrasion or weakness, except in the shadowed areas of the white chicken in the lower right.

During the 19th century, Melchior d'Hondecoeter was often called the "Raphael of bird painters," and indeed throughout his career, Hondecoeter maintained a narrow focus on the representation of birds, initially in dead game pieces, and later in his career in depictions of live birds, sometimes exotic species, in landscapes. The present lot is a prime example of the artist's mature style, when he was strongly influenced by Frans Snyders, the famed Flemish animal painter who was active a generation earlier, and whose works Hondecoeter collected. The composition of this painting displays Snyder's impact, especially in the balanced setting, with a wall in the middle ground and an opening onto a distant landscape, as well as in the cropping of the turkey on the right hand side.

Rather than merely recording the appearance of his subjects, Hondecoeter composed veritable portraits of birds. One motif which he uses in a number of compositions is that of a hen protecting her chicks, as for example in the National Gallery, London's A Cock, Hens and Chicks (inv. no. NG202). In the present picture, the snowy hen appears to be in a state of panic, due to the arrival from the right of the much larger turkey, who threatens to clumsily trample on the chicks. In this painting as in other examples, Hondecoeter engages his audience by conferring human emotions and reactions to the birds he depicts.